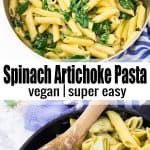 This spinach artichoke pasta is the ultimate comfort food! It’s super easy to make, incredibly creamy, and completely vegan! It makes such a delicious weeknight meal! 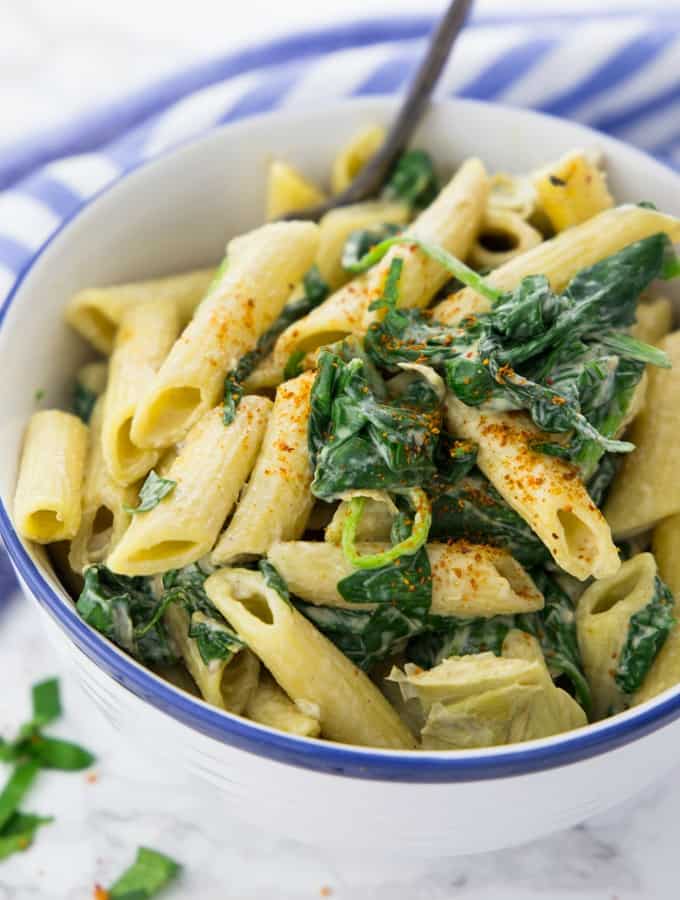 I’ve made this vegan pasta recipe so many times and it’s always a winner! 15 minutes is all it takes!

There’s just something about the combo of spinach and artichokes that I love. I mean reeeeally LOVE! If you like it as much as I do, check out my vegan spinach artichoke dip. It’s so rich and incredibly creamy. Serve it with whole wheat sesame crackers and you’re good to go for your next party! 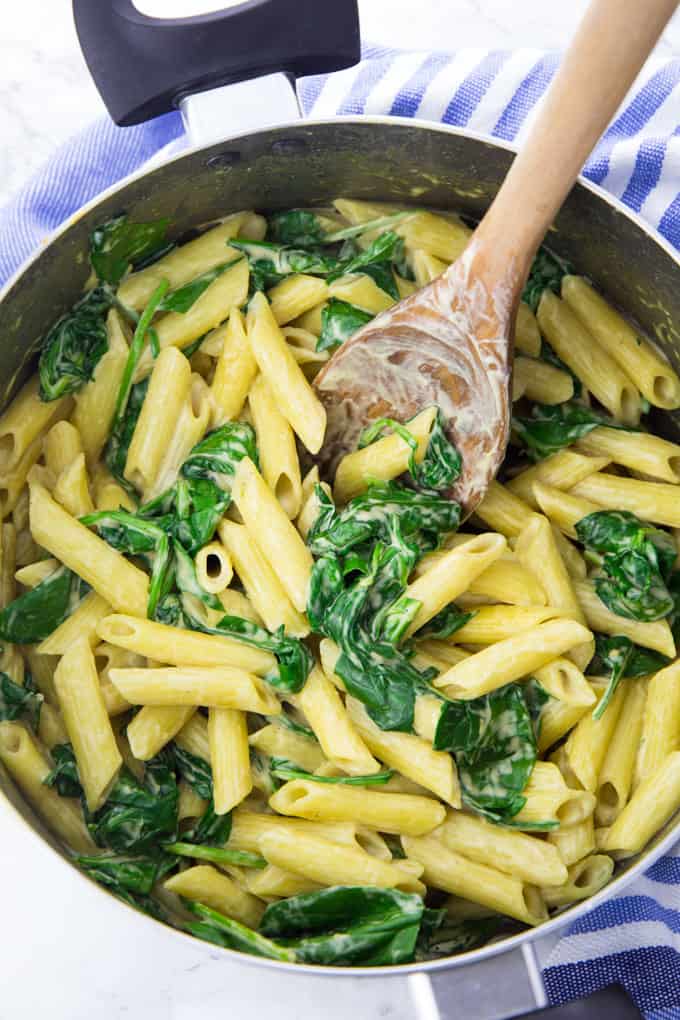 What You Need For This Spinach Artichoke Pasta

As always, you can find a detailed ingredient list and recipe instructions at the end of this post in a separate recipe box. 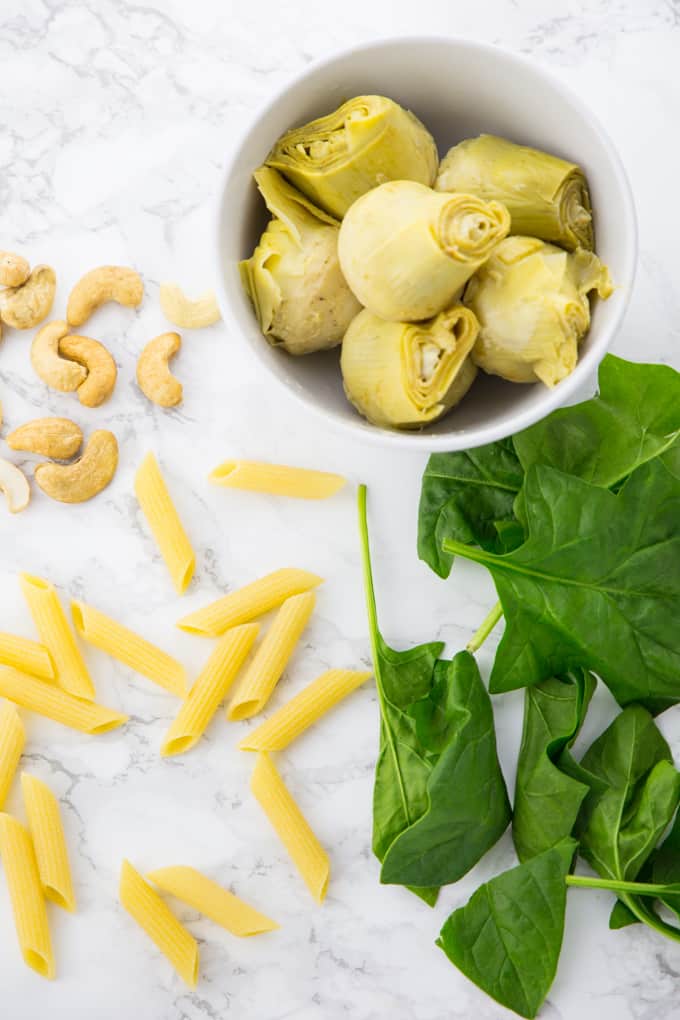 How to Make Spinach Artichoke Pasta

The recipe for this spinach artichoke pasta is super easy. It’s ready in only 15 minutes! 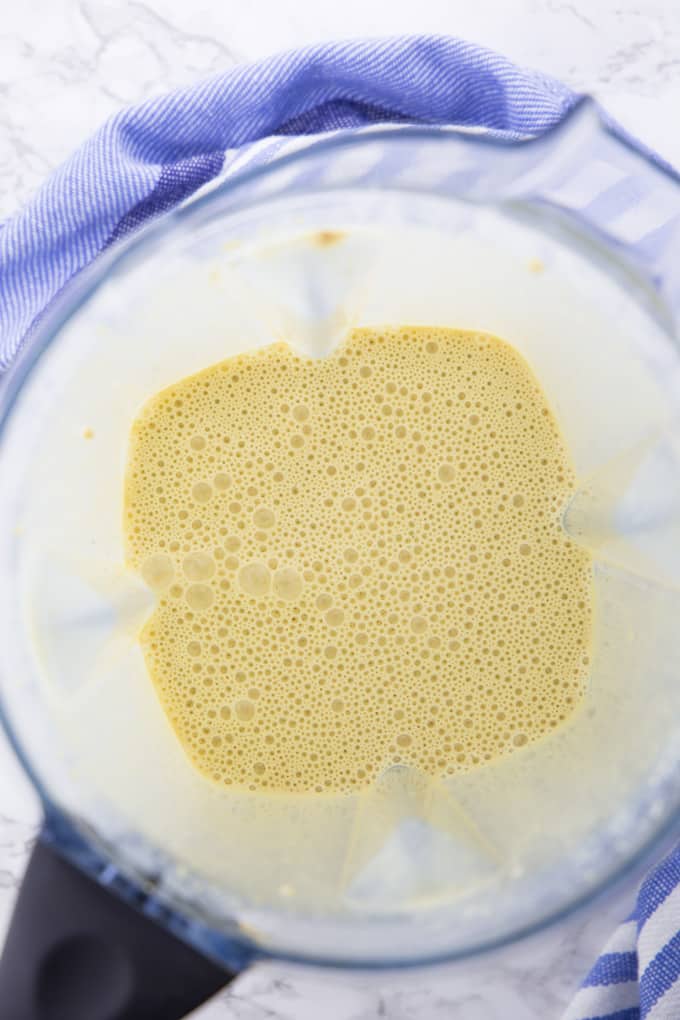 I also used this creamy cashew sauce for my vegan gnocchi. Over the last few months, I got so much positive feedback for the gnocchi, so I’m sure you’ll enjoy the spinach artichoke pasta as well! 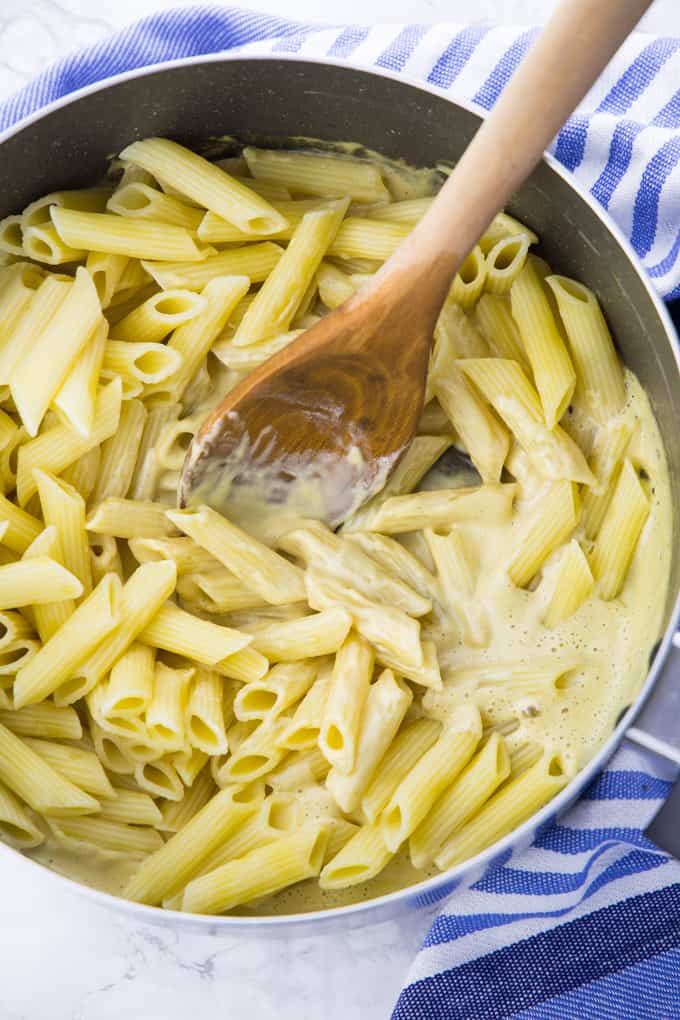 I used penne for this spinach artichoke pasta, but of course you can also use other pasta shapes.

Which pasta for which sauce?

Which pasta is vegan?

Good news! Most packaged pasta shapes are vegan! So it’s super easy to find vegan pasta such as spaghetti and rotini. However, it’s still a good idea to check the labels. Some pasta contain eggs, but this is not often the case.

Luckily, popular pasta brands like Barilla are vegan. So you’ll be able to find vegan pasta in basically every grocery store.

Fresh pasta like ravioli often contain eggs, so this is harder for vegans. But of course you could also make your own homemade vegan ravioli. 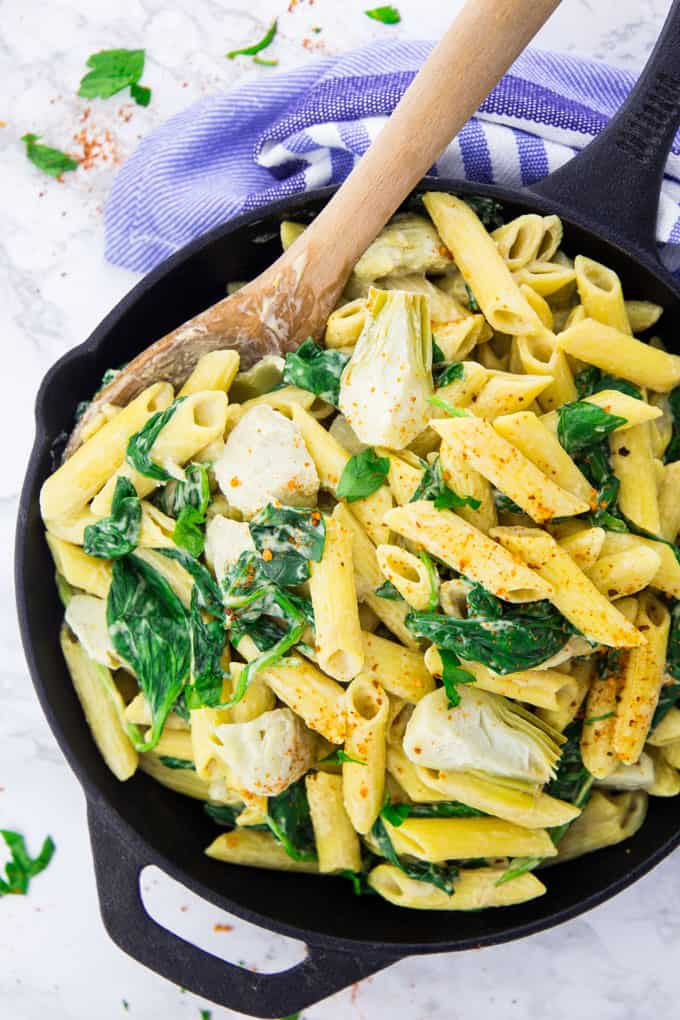 What pasta is healthy?

Whole wheat pasta has a chewier texture, which might be hard to adjust for some people. If you’re having a hard time switching to whole-grain pasta, just make a slow transition. Start by cooking 50 percent regular pasta and 50 percent whole wheat pasta. Then over time, just increase the percentage of whole grain pasta. This also works great with kids!

Other healthier pasta options are pasta made with quinoa and brown rice. Or even pasta made of legumes like chickpeas, red lentils, or even black beans. All of these options are naturally gluten-free, so they’re perfect for those people who are allergic to gluten but still want to enjoy pasta once in a while.

I hope you enjoy this spinach artichoke pasta recipe as much as we do around here! 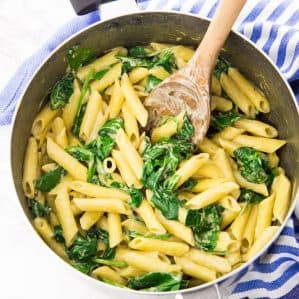 For the creamy sauce:

Tried this recipe?Mention @_veganheaven_ or tag #veganheaven!
Rate the recipe!If you like this recipe, please leave a good rating! This will help other readers.
Previous Post: « 15 Amazing Vegan Pasta Salad Recipes
Next Post: Pineapple Salsa with Lime and Cilantro »