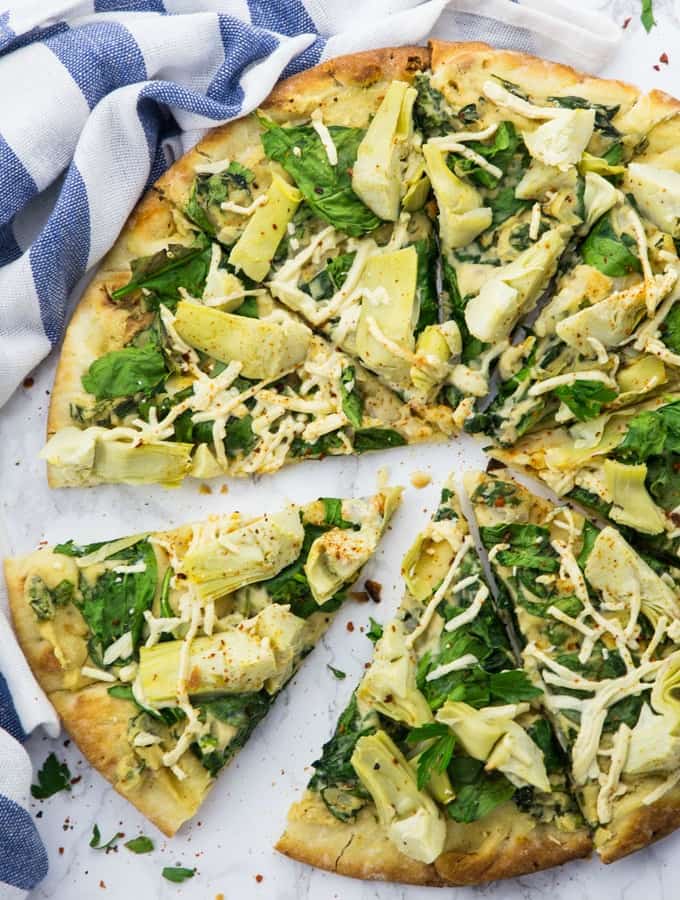 There’s just something about the combo of spinach and artichokes that I really love. I mean reeeeally LOVE! I posted a recipe for a vegan spinach artichoke dip a couple of weeks ago. Instead of mayonnaise, sour cream, and Parmesan cheese it’s made of white beans, cashews, and nutritional yeast. So it’s not only vegan but also much healthier than regular spinach artichoke dip made with tons of dairy and fat. We usually eat it with whole wheat crackers or even with potatoes. 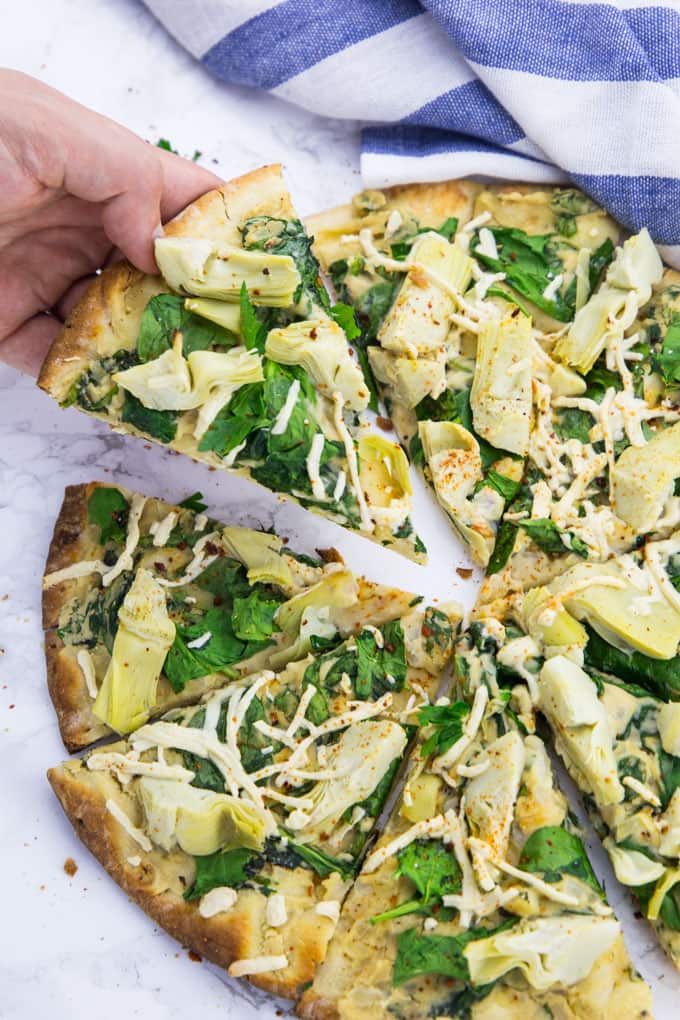 But this time, I got a bit more creative and decided to make a spinach artichoke pizza. I mean who could say no to the combination of spinach artichoke dip and pizza?! It’s like the ultimate comfort food combined. Yummy!! I’m totally into vegan pizza right now. I already got a couple of recipes I really want to try soon. One is a vegan Hawaiian BBQ pizza. The other one is a vegan caprese pizza. 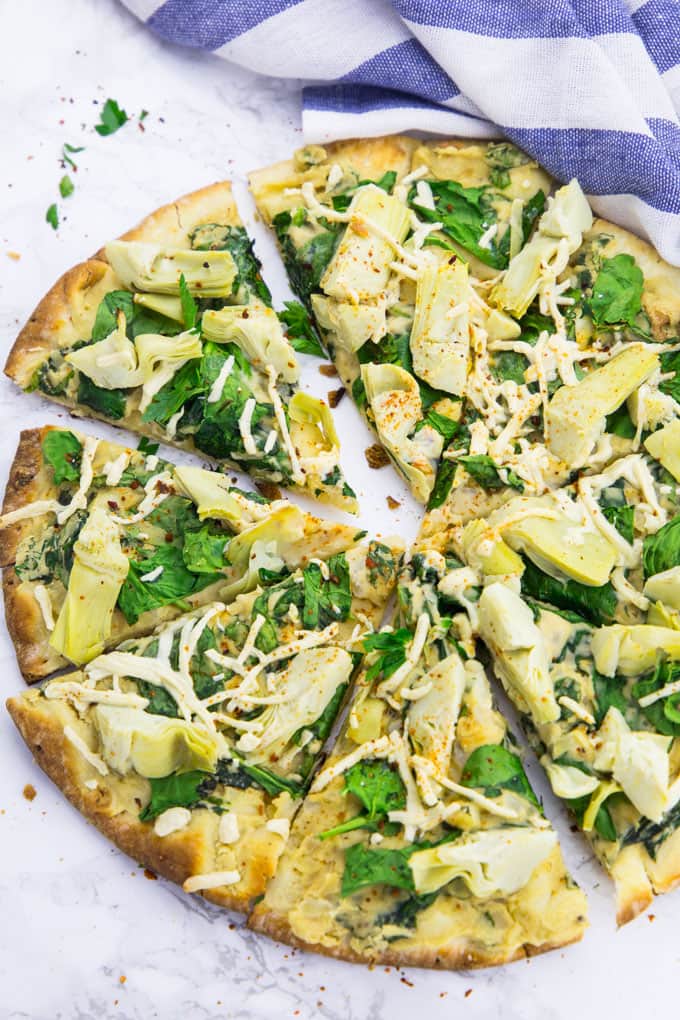 What You Need For The Spinach Artichoke Pizza 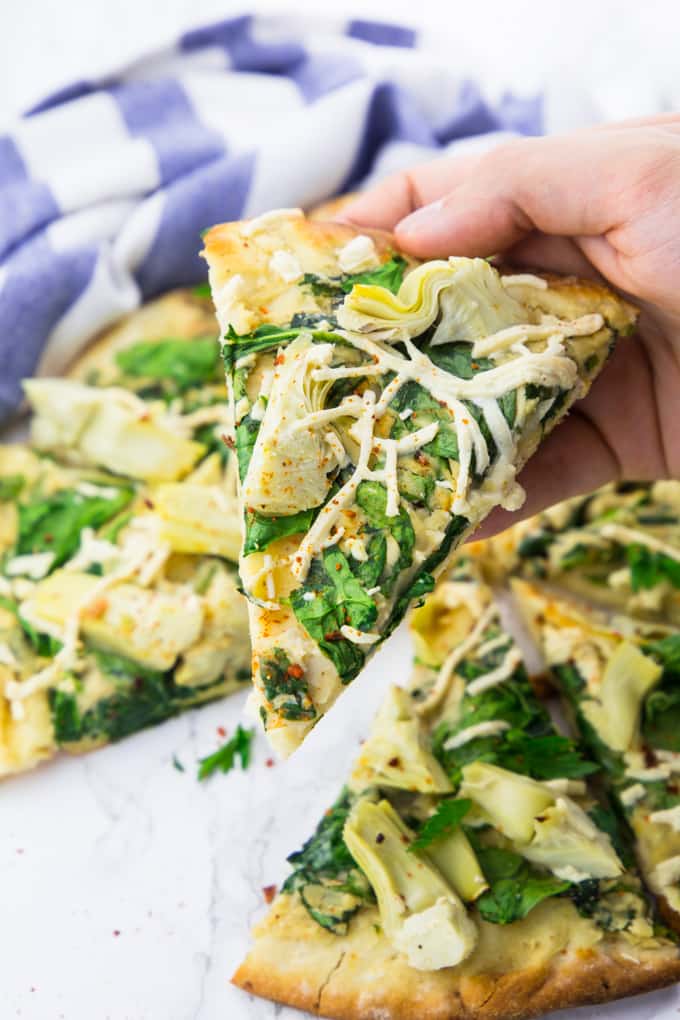 So basically you make a vegan spinach artichoke dip that you then put on a pizza. I added some more spinach and top and then sprinkled the pizza with vegan mozzarella. Soooo good!!

I hope you like this vegan pizza spinach artichoke pizza as much as we do around here! Also check out my  flammkuchen. 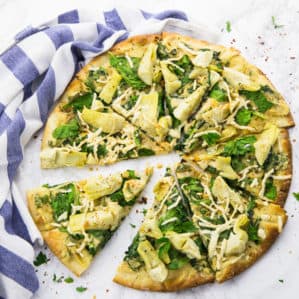