I can’t get enough of lentil walnut meat. I’ve already used it for vegan tacos and a vegan taco salad. It’s just soooo good!! I now took my vegan walnut meat to the next level and made a vegan taco pizza with it. And boy was it yummy! 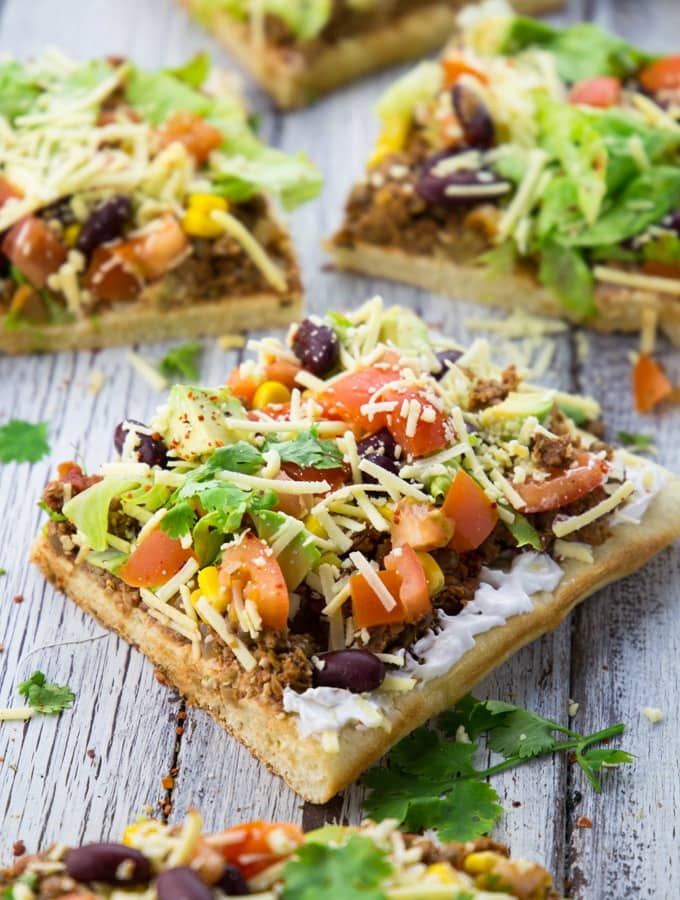 I was being lazy this time and used a pre-made pizza dough, but of course you can also make one from scratch. We’ve made this taco pizza three times in the last couple of weeks and it’s one of my favorite recipes right now. Maybe I even have a slight addiction. Haha! I mean you can have both, pizza AND taco, with this vegan taco pizza!! So what is there not to love about it, right?! 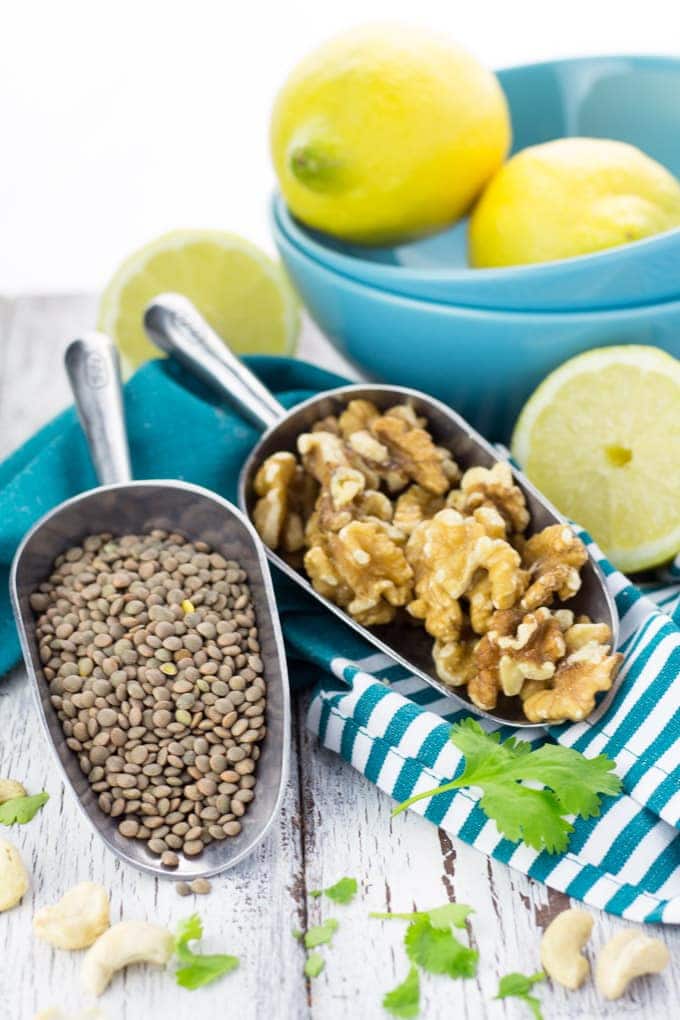 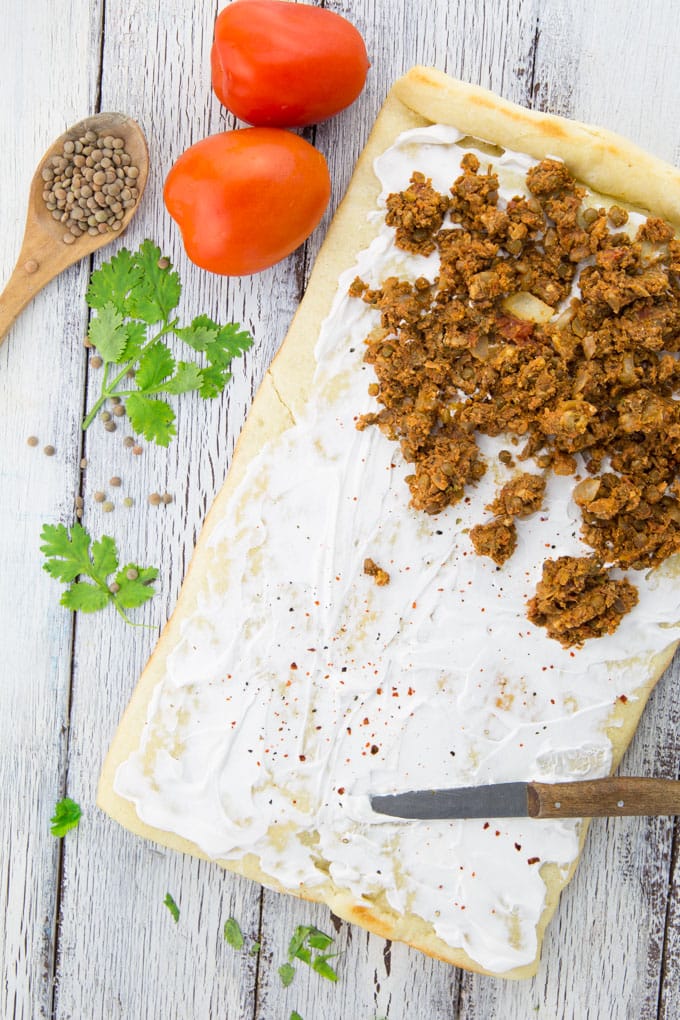 As the name suggests, the toppings of this taco pizza are basically the same toppings you would stuff into taco shells. I baked the pizza dough for about 10 minutes until it was golden and crispy. Then I put a layer of vegan sour cream on top. I used a store-bought version, but you can also make it yourself if you can’t get hold of vegan sour cream at your store. If you want, check out my post for the vegan taco salad. It includes a recipe for cashew-based vegan sour cream. Vegan creme fraiche or even vegan cream cheese will work fine as well. 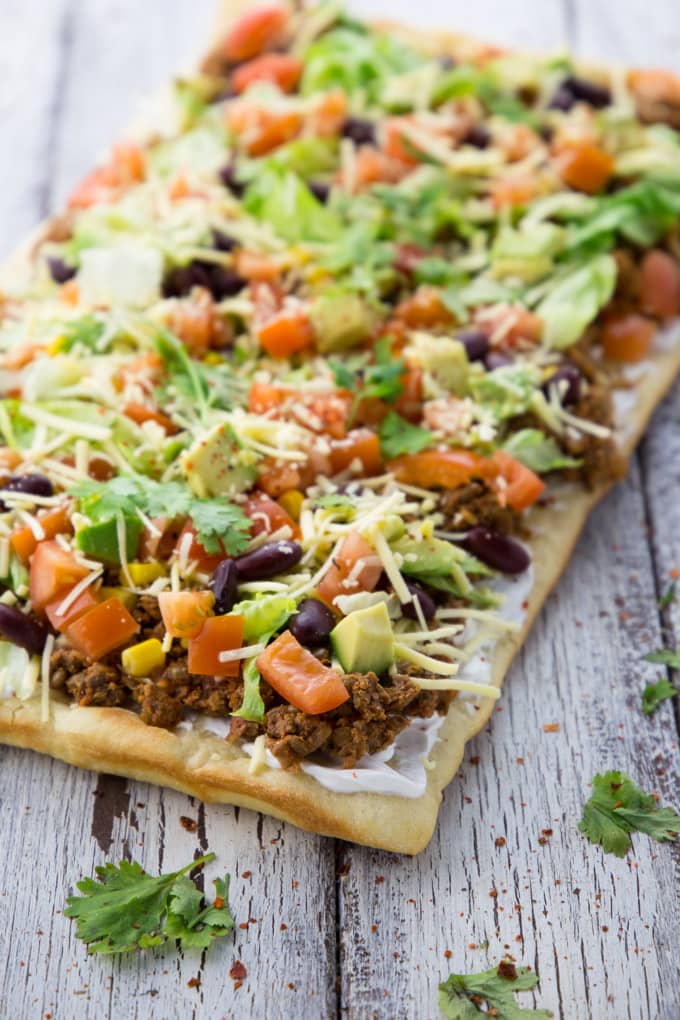 The next layer is my vegan lentil walnut meat. It’s not only super delicious but also incredibly healthy. Plus, it’s packed with protein. I usually make a big batch of it and we eat it in wraps, salads, or just by itself. Then add the usual taco toppings like tomatoes, avocado, corn, kidney beans, and lettuce. You could also add some red onions if you want. To top it off, I sprinkled it with some vegan cheese. 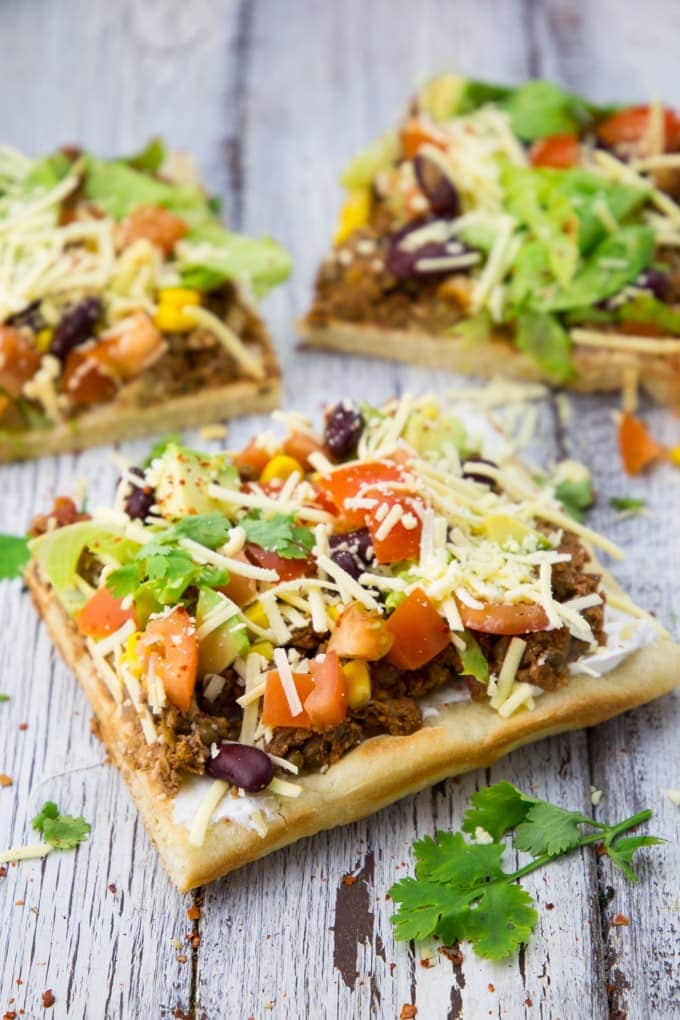 You can either serve it warm or enjoy it cold. The leftovers (if you have any!) are a great lunch for work or school. Or you could even make the taco pizza ahead and bring it to a party or a potluck. 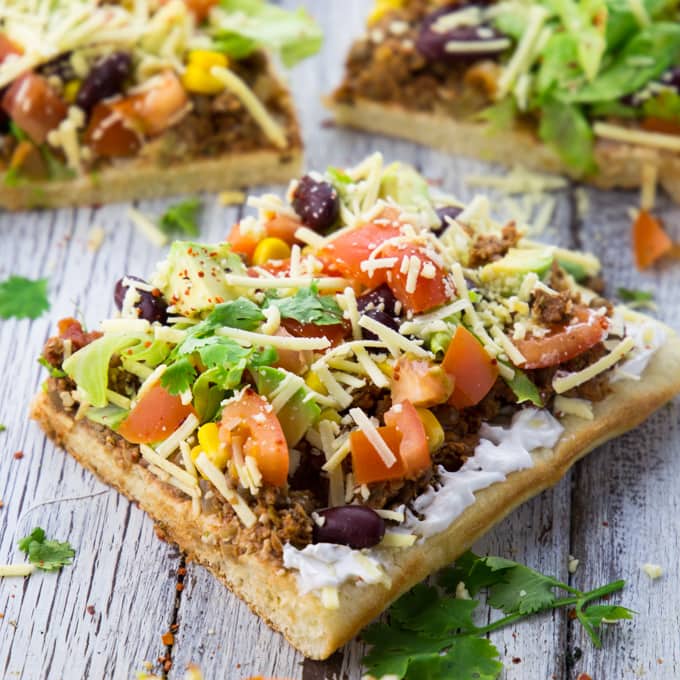 I hope you will share my addiction to this vegan taco pizza with lentil walnut meat. Let me know if you give it a try. As always, I love hearing from you guys.

Have a great week, everyone! Sina – xx 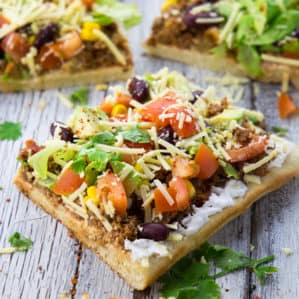 Tried this recipe?Mention @_veganheaven_ or tag #veganheaven!
Rate the recipe!If you like this recipe, please leave a good rating! This will help other readers.
Previous Post: « Crock Pot Oatmeal with Apple and Cinnamon
Next Post: Rhubarb Cocktail with Strawberries and Mint »