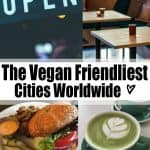 Do you love to travel and eat at vegan restaurants? Then this is the right post for you! I’ve included a list of the 12 vegan friendliest cities in the world and many tips how to find vegan restaurants! 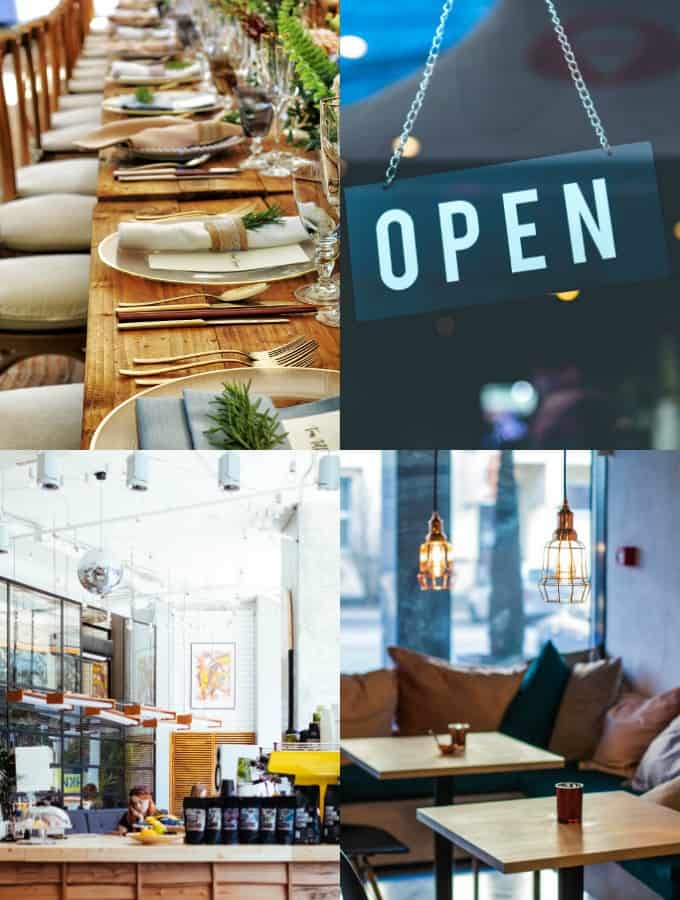 I love to travel and I’ve tried so many vegan restaurants over the last seven years! With apps like Happy Cow and Vanilla Bean it got so much easier to find vegan restaurants these days. It seems like they are everywhere!

In fact, I’ve been to eight of the twelve vegan friendliest cities in the world and we had a blast! I’ve also got some great insider tips for you.

Vegan Restaurants – The 12 Vegan Friendliest Cities Around The World 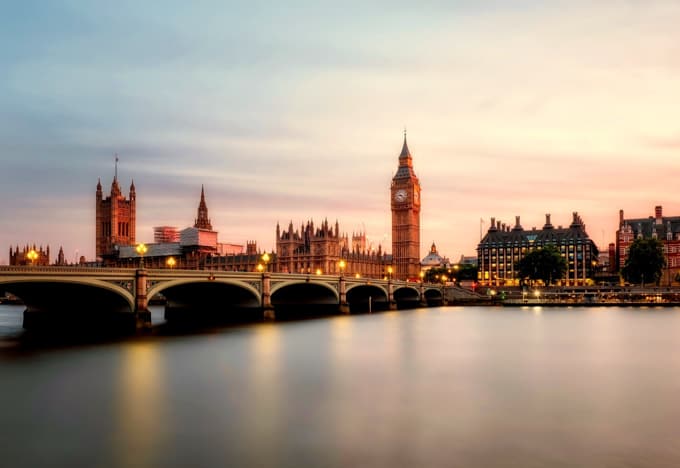 London is definitely the number one when it comes to vegan food world-wide. The British capital has to offer a total 148 vegan restaurants! Can you believe it?! This seriously is vegan heaven on earth!

There are sooo many plant-based restaurants, so it’s really hard to pick a few if you’re visiting London for a weekend. And if you include vegetarian restaurants that offer vegan options as well, you will end up with 350 restaurants!

I’ve been to London a few years ago and I’ve absolutely loved the vegan food we had there. Of course it’s incredibly easy to find vegan restaurants. I mostly used Happy Cow and read some reviews before visiting London. 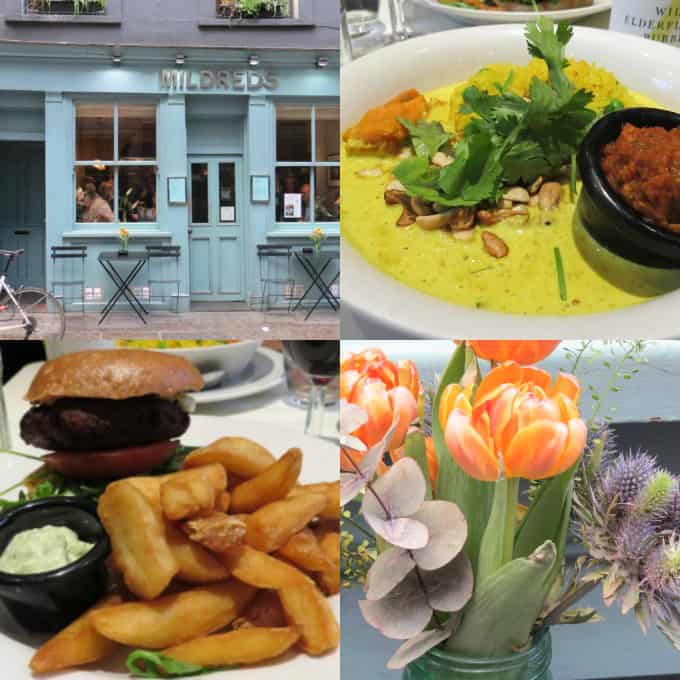 My personal favorites were Mildreds (they have the best vegan burgers in town!), 222 Veggie Vegan (excellent food and they have an incredible vegan chocolate cake), and Tibitis (vegetarian buffet restaurant with tons of vegan options). 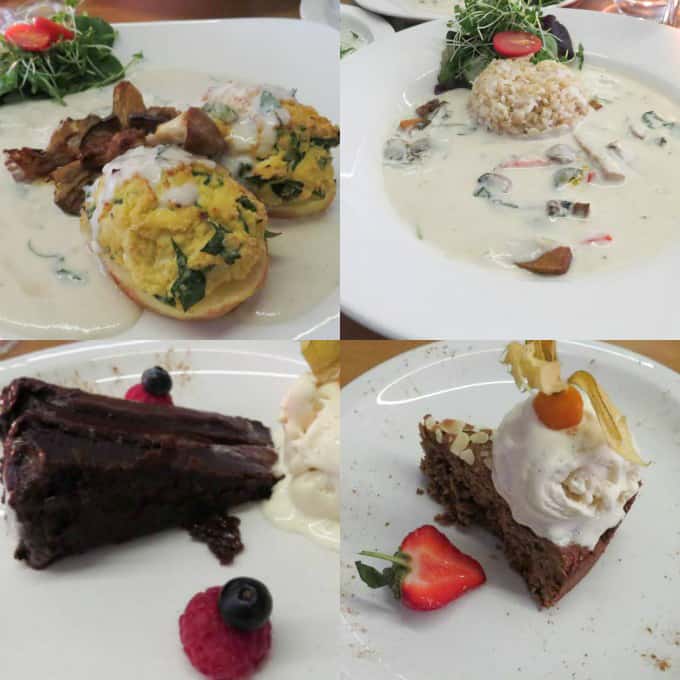 Overall, it was super easy to find vegan food basically everywhere. Big chains like Pret a Manger offer vegan sandwiches, wraps, and salads and you can also find vegan food at big markets. For example we had some delicious vegan flapjacks, a vegan burger, and vegan Indian food at the Borough Market.

London also has to offer several Whole Foods stores, which is a rarity in Europe. So you might want to check this out as well. 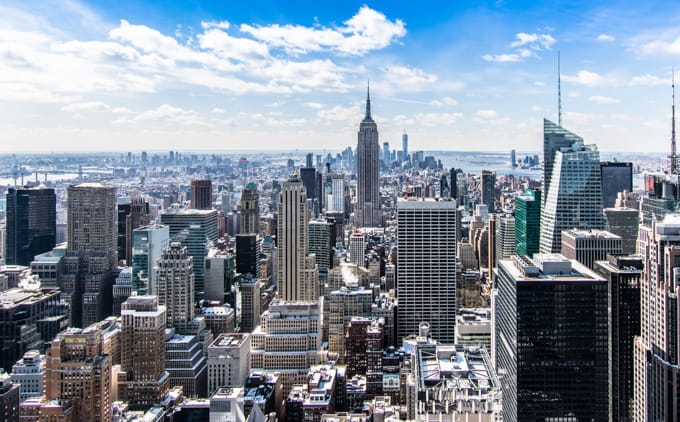 Next is the city that never sleeps – New York or NYC! It’s pretty similar to London when it comes to vegan food. In total you can find 130 exclusively vegan restaurants in New York.

If you include vegetarian restaurants that offer vegan options, you’ve got a stunning total of 273 veggie restaurants. Pretty cool, right?

I’ve been to New York three times already and I absolutely love this crazy city. Yes, the traffic and the pollution is pretty insane, but I just love the energy, the culture, and also the food!

Their vegan desserts are out of this world. Oh and they also have a vegan cookbook, which includes many of the delicious meals they serve. Blossom is another great vegan restaurant in New York. 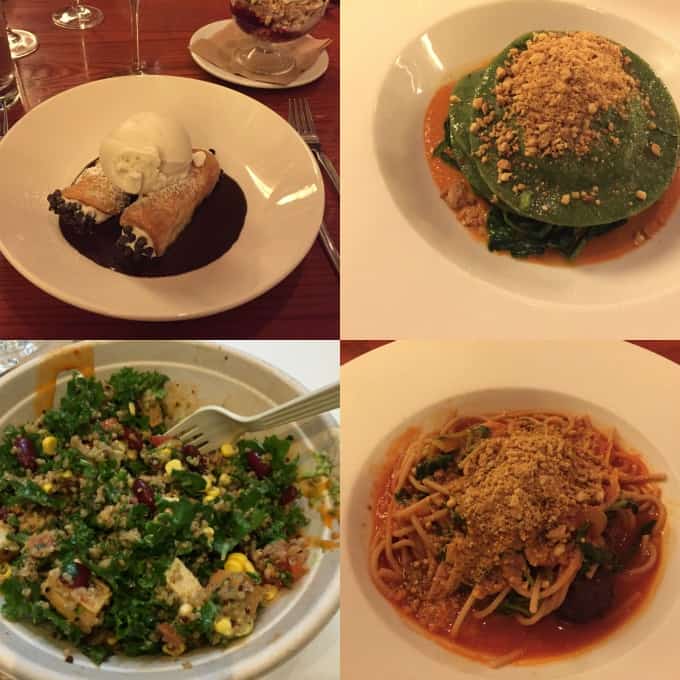 For a quick eat, I can recommend Terri. They have several branches all over Manhattan and they offer delicious vegan burgers, wraps, sandwiches, salads, and fresh juices. So it’s perfect for breakfast and lunch.

Like in London, it’s very easy to find vegan food in New York basically everywhere. Many restaurants have vegan options! Fresh & Co is, for example, great for breakfast and lunch. 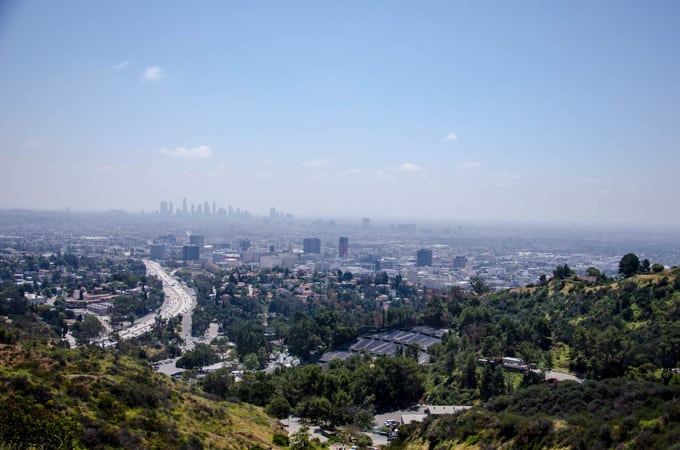 You also won’t have any trouble finding vegan food in Los Angeles! Los Angeles is not only home to several vegan Hollywood celebrities, it also has 96 vegan restaurants to offer! If you include vegetarian restaurants the number goes up to 156 restaurants!

You will also easily be able to find healthy vegan food all over this large U.S. city!

I haven’t been to Los Angeles myself, but a vegan friend of mine has and she loved the city. Her favorites vegan spots were Cafe Gratitude and Cruzer Pizza. 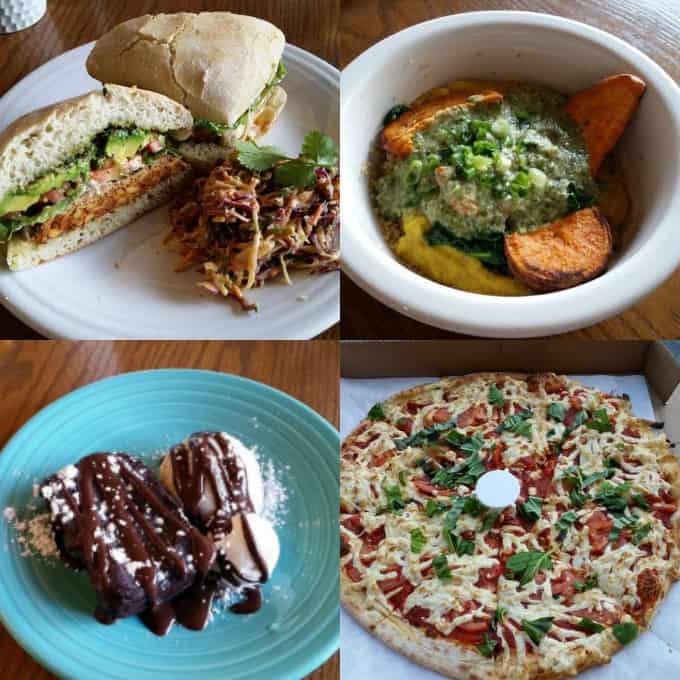 As always, it’s best to look up different vegan restaurants on Happy Cow or Vanilla Bean. Just read some reviews, look at some food pictures, and decide what you feel like having for dinner. 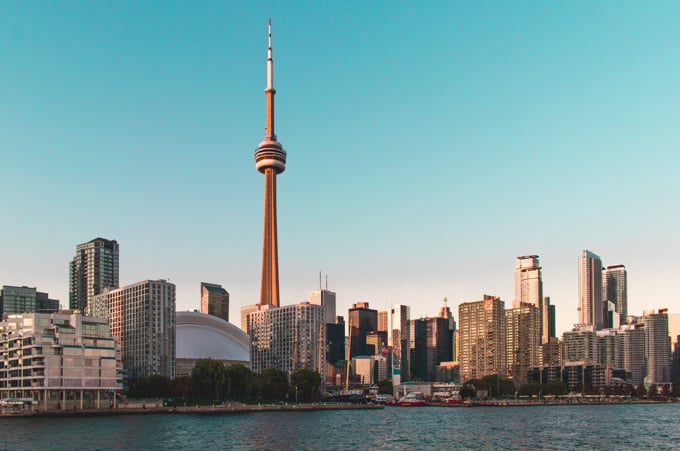 I’ve been to Toronto six years ago. Unfortunately, I didn’t have enough time to try much of the vegan food in Toronto back then. But everything I ate while I was there was really delicious! They even had a completely vegan restaurant in their large mall, the Eaton Centre.

Overall, it was super easy for us to find vegan food in Toronto! And I’m sure the vegan food scene in Toronto changed a lot over the last six years and there are even more vegan restaurants now!

Besides, Toronto is home of one of the largest vegetarian events in North America, the Toronto Veg Food Fest. It’s pretty popular in the vegan scene. 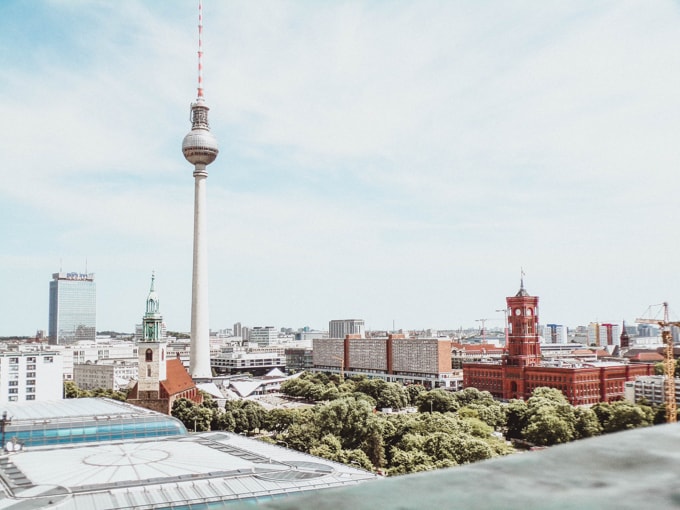 Berlin is vegan mecca! With 80 exclusively vegan restaurants it’s another great vegan hotspot in Europe! If you include vegetarian restaurants, you end up with 195 veggie restaurants. That’s pretty impressive, right?

I’ve been there a few years ago and I LOVED the vegan food I had in Berlin! I actually had some of my best ever vegan meals in Berlin! 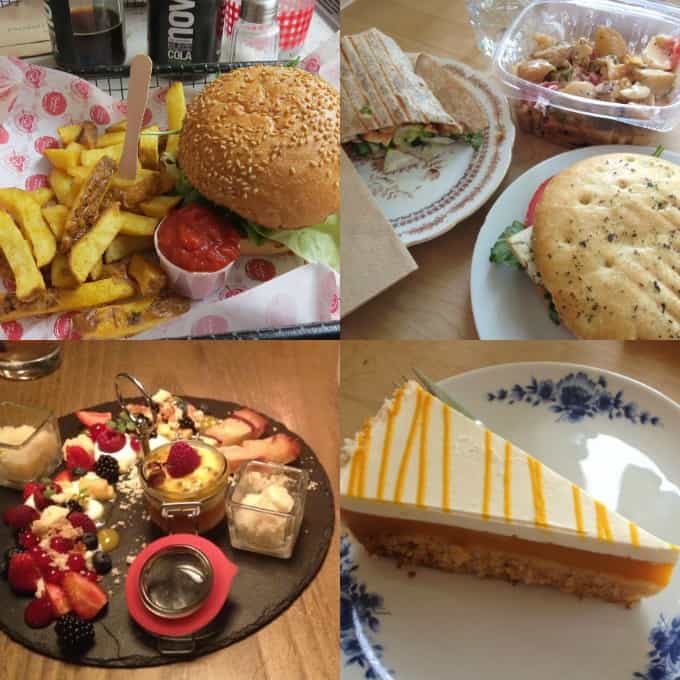 My favorite vegan restaurant in Berlin is called kopps. We had the best vegan dessert platter ever (it’s pictured above). They also have a great vegan brunch.

And you can find vegan burgers and vegan ice cream basically everywhere! Also make sure to check out Veganz, the first vegan supermarket chain in Europe. Isn’t it just super cool to be shopping at a grocery store that only carries vegan products?! 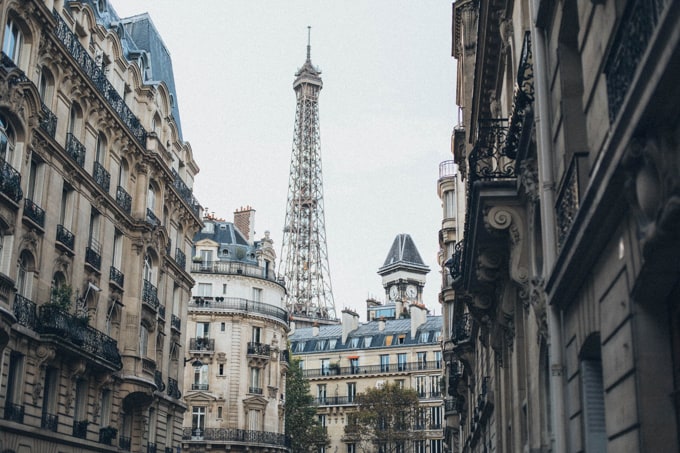 Paris, the city of love, has 70 vegan restaurants to offer, which is also pretty impressive. If you include vegetarian restaurants as well, you end up with 151 restaurants.

While I think it’s pretty hard to find vegan options at regular restaurants, you should definitely check out some of the plant-based restaurants in Paris.

I loved Hank Burger! Also make sure to try some vegan macaroons while visiting Paris. 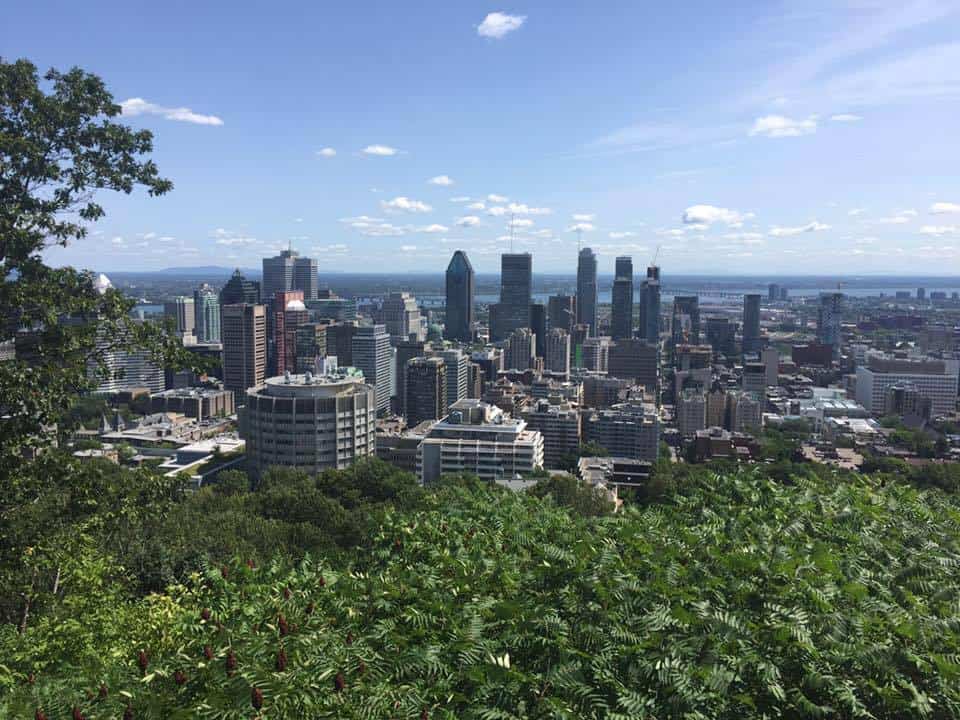 Montreal is number 7 of the world’s most friendliest vegan cities with a total of 65 vegan restaurants. And you can even find 110 vegan and vegetarian restaurants all over the city.

I lived in Montreal for more than a year and I absolutely LOVE the city! It’s young, multi cultural, and it has a huge vegan scene with amazing food! 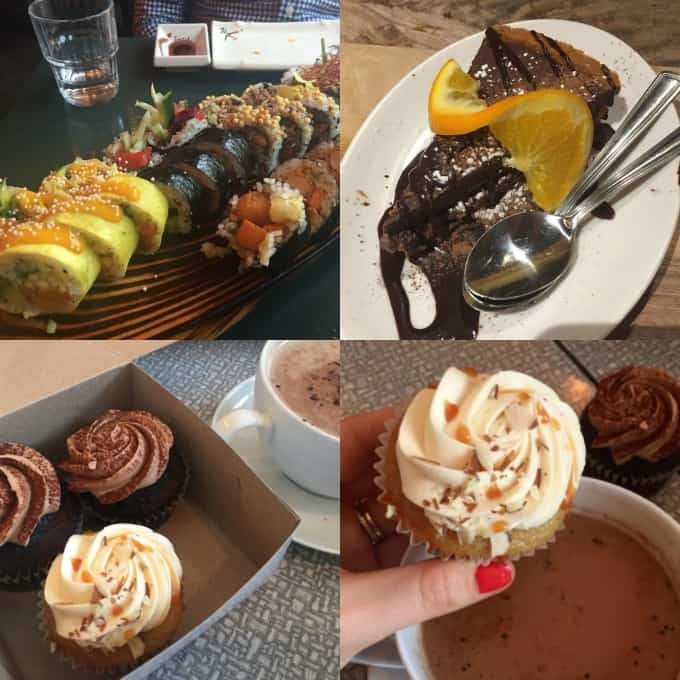 My favorite vegan restaurant in Montreal is Sushi Momo. It has the best vegan sushi ever! Some of my friends even said it was the best sushi ever! And they’re not even vegan themselves.

Other great vegan or vegetarian restaurants are Lola Rosa, Aux Vivre, LOV, Copper Branch, and Panthère Verte. I’ve been to all of them multiple times during my time in Montreal! 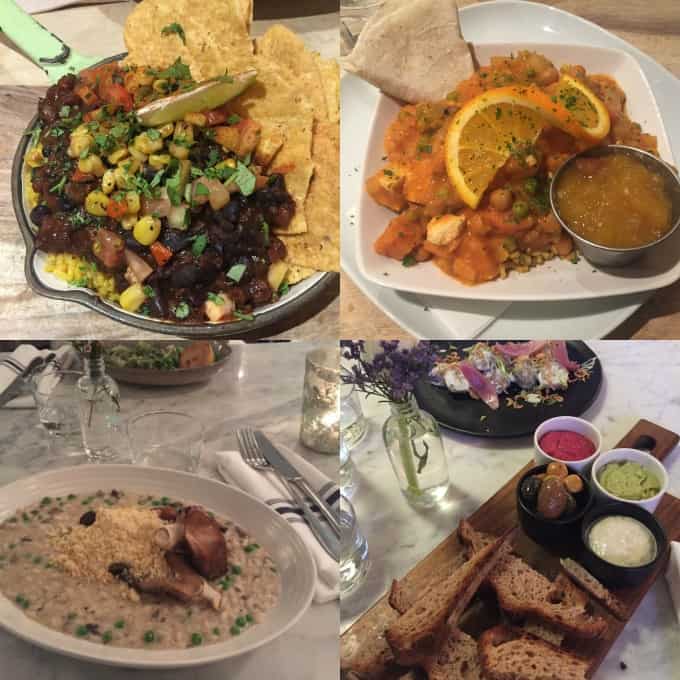 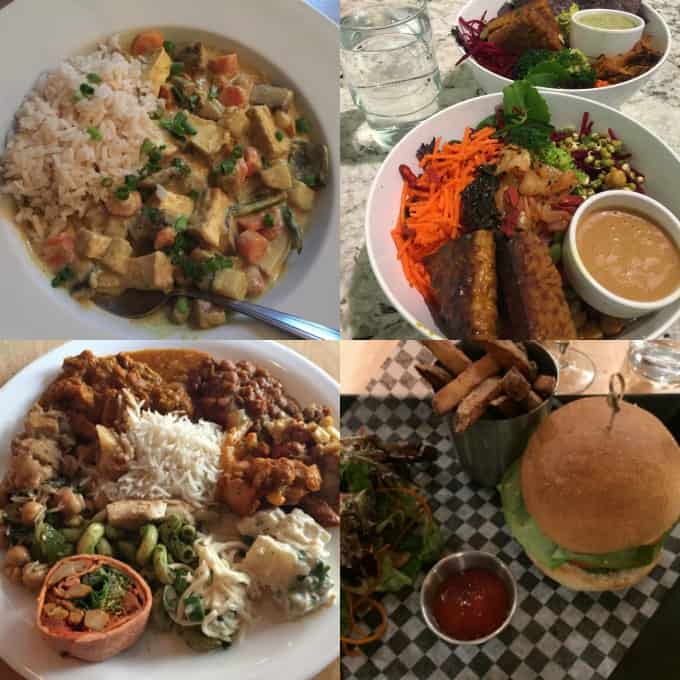 If you’re looking for sweet vegan cake, cupcakes, and other baked goods, you should try Sophie Sucrée. 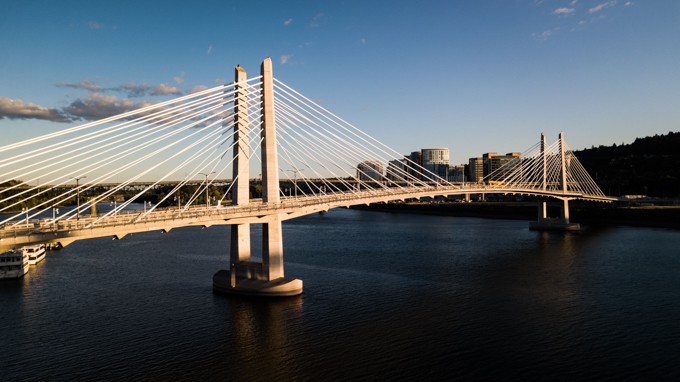 Portland is another city with a great vegan scene. All in all, Portland has 52 exclusively vegan restaurants and 78 veggie restaurants in total.

I’ve been to Portland 2  years ago and I really like the vegan food I had there. It was pretty easy to find vegan restaurants and also vegan options in regular restaurants.

My favorite vegan spot was the Blossoming Lotus, a nice sit-down restaurant with delicious vegan food in the Lloyd District. 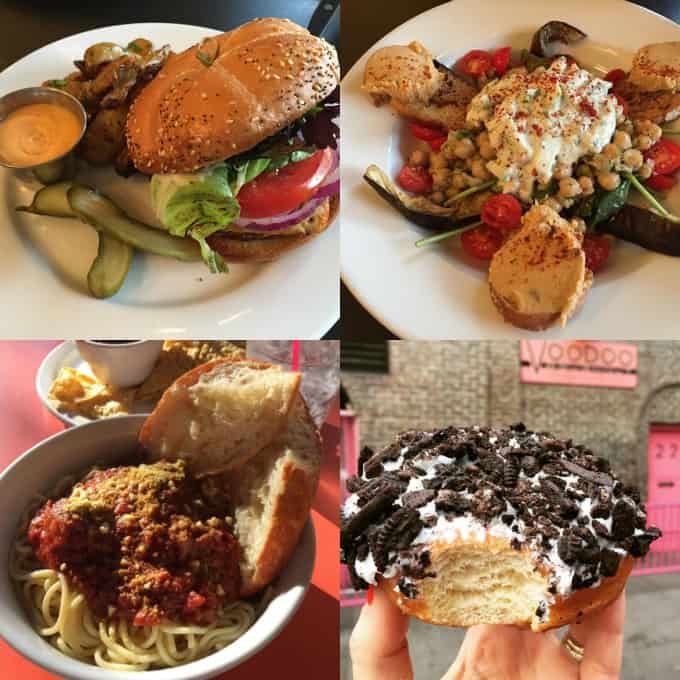 I also liked The Bye and Bye, a pub with an all vegan menu and very good deals.

If you like donuts, also make sure to check out the famous Voodoo Doughnut shop. They also have several vegan donuts. I had a vegan donut with Oreos, which was pretty amazing!

With 52 vegan restaurants, Prague is another great vegan friendly city! If you include vegetarian restaurants as well, you will end up with 103 veggie restaurants.

I haven’t been to Prague myself, so I don’t have any restaurants to recommend. However, I’ve heard so many times that the capital of the Czech Republic is a paradise for vegans.

Although the Czech cuisine is all about meat stews, dumplings, and sauces, you will find an abundance of vegan and vegetarian restaurants all over Prague. Just check out Happy Cow and read some of the reviews!

Tel Aviv is the second most populous city in Israel, located on the country’s Mediterranean coastline. It’s trendy, colorful, and it has a great vegan scene!

You will be able to find vegan options in many regular restaurants, but you should also make sure to check out some of the exclusively vegan restaurants Tel Aviv has to offer. 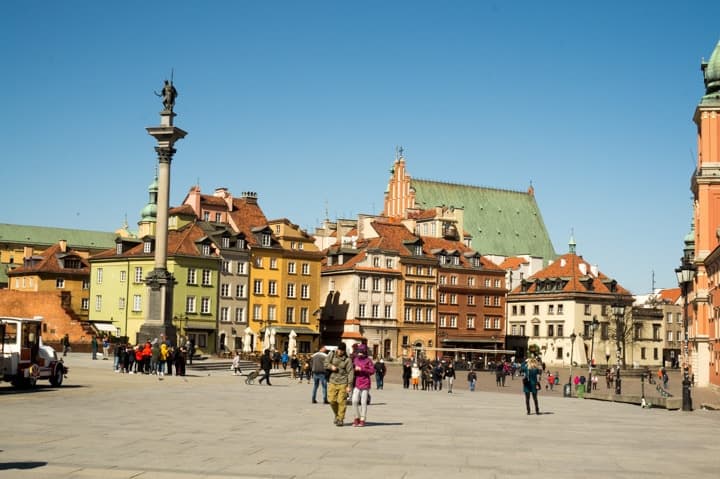 I haven’t been to Warsaw myself, but my friend Bianca from Elephantastic Vegan has been there a few months ago and she was pretty impressed by the vegan food in Warsaw!

She had some delicious seitan wraps, vegan sushi, and spinach & tofu pierogi. She wrote a huge article about her time in Warsaw with many photos of delicious vegan food.

So if you’re thinking about visiting Warsaw, check out Bianca’s post about vegan restaurants in Warsaw. 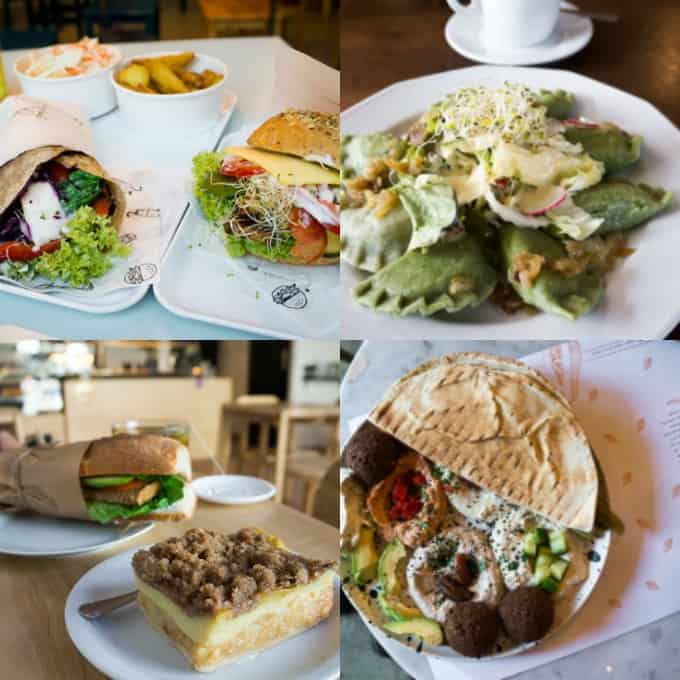 I’ve been to Amsterdam a few years ago and my hubby and I had a great time with lots of delicious vegan food!

My favorite vegan spots were Loving Hut and Maoz Vegetarian.