These eggless waffles with cherry sauce are perfect for the weekend! They’re super easy to make, so delicious, and 100 % vegan. And you don’t need any fancy ingredients to make them. Just very basic ingredients you can find in any regular grocery store. And they’re SO good with the cherry sauce. Big YUM! 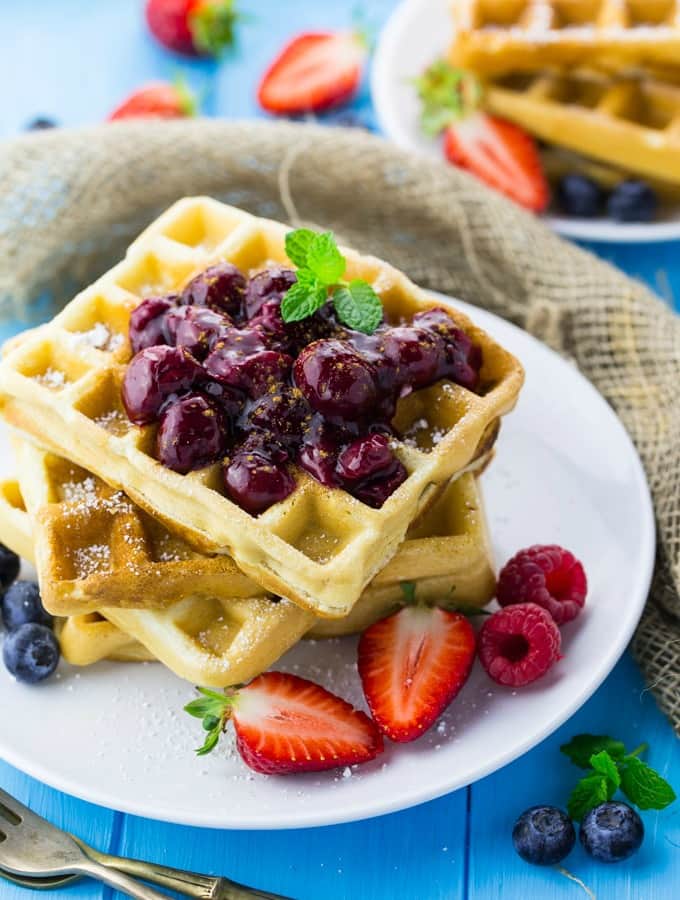 I’ve always been more of a waffle girl than a pancake girl. I mean I love pancakes, but I’d probably always take waffles over pancakes. These eggless waffles with cherry sauce are one of my all-time favorites. But I also love vegan chocolate waffles. Yummy! But don’t get me wrong. I wouldn’t say no to some delicious pancakes as well. They had to be vegan of course. But nothing easier than that, right?! Or what about vegan French toast?

As I already said, you only need very basic ingredients to make these vegan waffles. 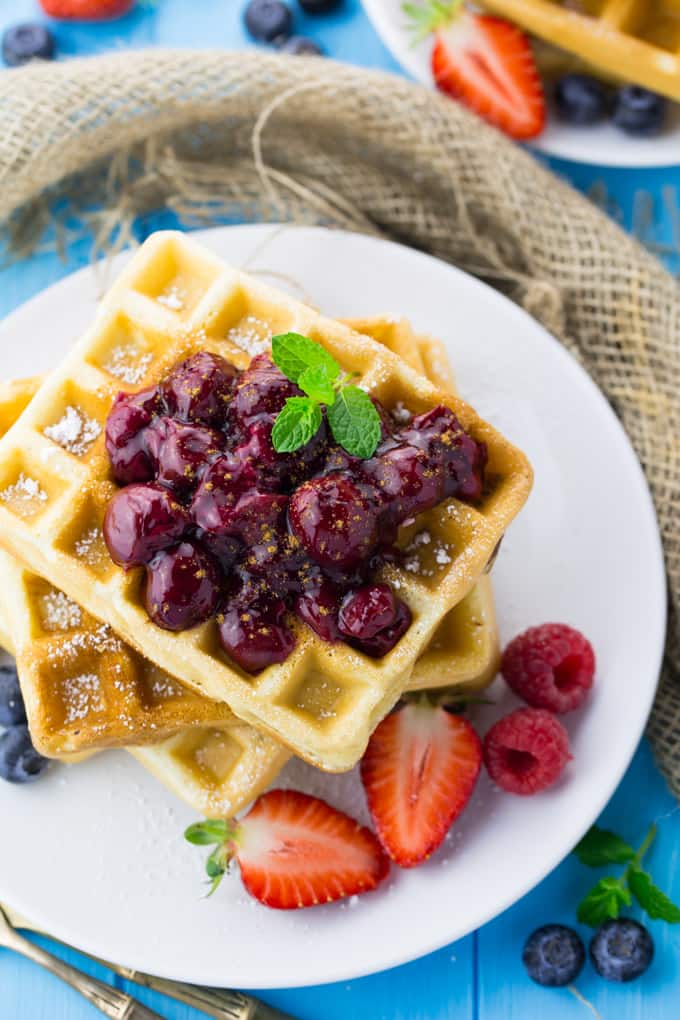 That’s it! For the cherry sauce, I used morello cherries, some of the syrup the cherries are in, and a little bit of cornstarch to thicken up the sauce. You can for example find morello cherries at Trader Joe’s.  I didn’t add any kind of sweeteners to the cherry sauce, but if you want you could add some agave or maple syrup. As always, you can find the full ingredient list for these vegan waffles as well as the instructions in a separate recipe box at the end of this post. 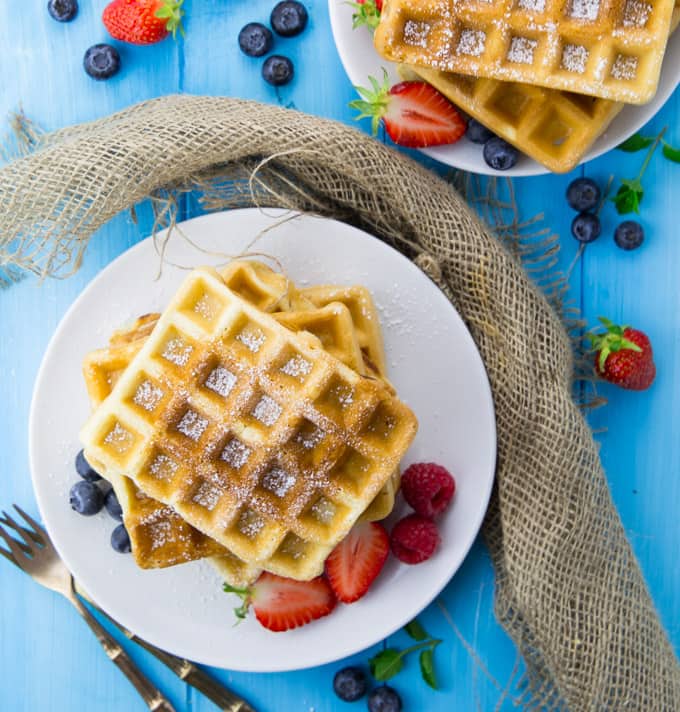 I usually serve them with some powdered sugar on top or maybe a little bit of maple syrup. And of of course with the cherry sauce. They’re also great with some fresh berries like raspberries or blueberries.

I hope you like these eggless waffles as much as we do around here. Let me know if you give them a try.

Have a great week! 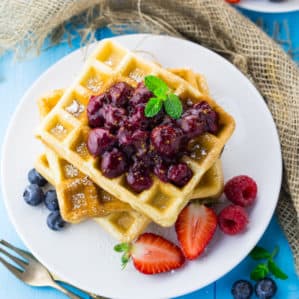 These vegan waffles with cherry sauce are not only super delicious but also really easy to make! Sprinkle them with a little bit of powdered sugar and cinnamon and you're good to go. They're one of my all-time favorite vegan breakfast recipes!
5 from 1 vote
Print Pin Rate
Course: Breakfast, Dessert
Cuisine: American
Prep Time: 5 mins
Cook Time: 10 mins
Total Time: 15 mins
Servings: 6 waffles
Author: Sina

For the eggless waffles (vegan):

For the cherry sauce: