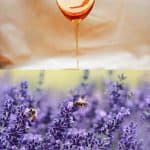 This article provides an answer to the question: “is honey vegan?”. It also talks about the downsides of modern beekeeping, vegan substitutes to honey, and what you can do to support wild bees! 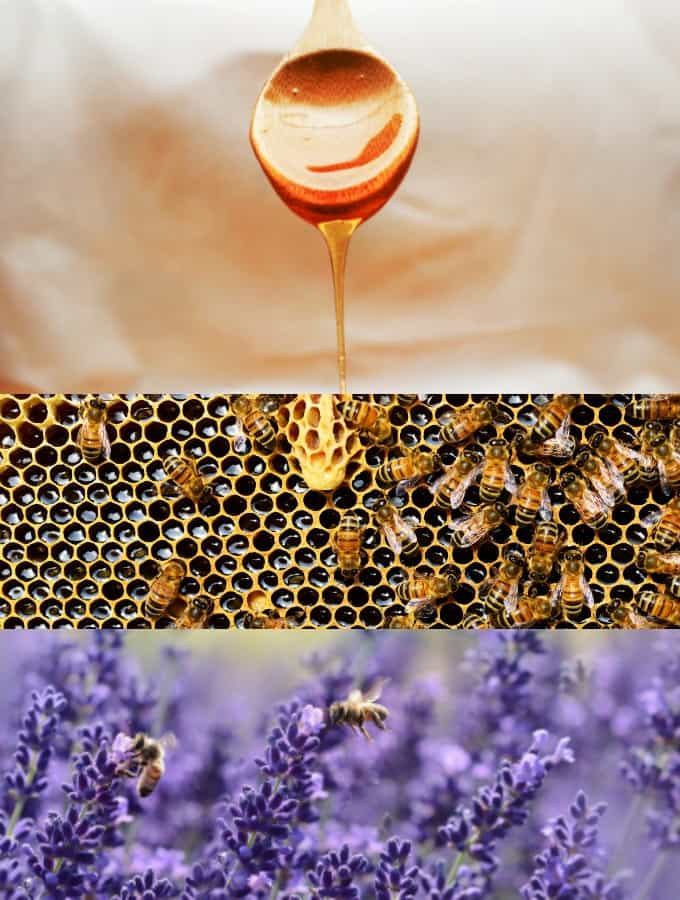 Since the 20th century bees are more and more turned into factory-farmed animals. Overall, their treatment can’t be considered vegan and honey is usually not consumed by ethically motivated vegans.

Most vegans do not want to eat products for which animals are killed or exploited, so honey can’t be considered vegan.

Like other industries, the honey industry is profit-driven and the bees’ welfare is only secondary. Especially in the last few centuries, the industrial exploitation of bees in many cases became worse, which often resulted in a sharp decline of bees’ overall health.

Bees need their own honey and don’t just produce it for us humans!

However, many people who follow a plant-based diet but don’t see themselves as ethically motivated vegans consume honey. 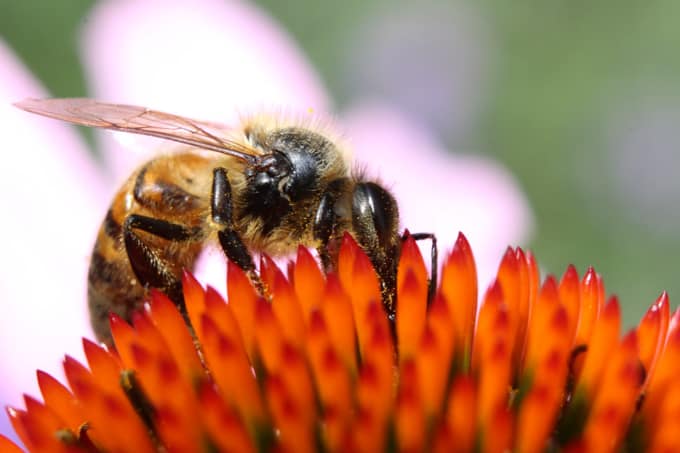 Honey is a nutrious sweet, thick, and golden liquid produced by bees. Bees produce it by extracting nectar from flowers.

Bees save their honey inside a beehive for times of scarcity. On average, a hive will produce around 65 pounds of honey per year. 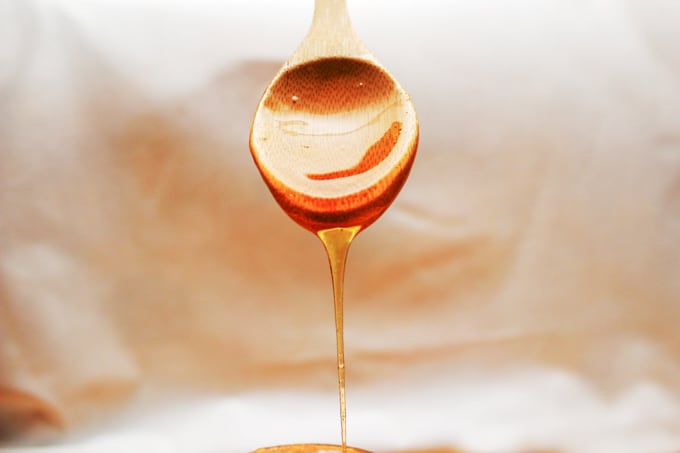 Reasons Why Honey Is Not Vegan:

In the U.S., many farmers can’t rely on local honeybees to pollinate their crops anymore, especially since croplands have become vaster.

Their solution is to rent honeybee hives from beekeepers that travel around the country for about 10 months of the year.

“Travel Itinerary” of a Honeybee: 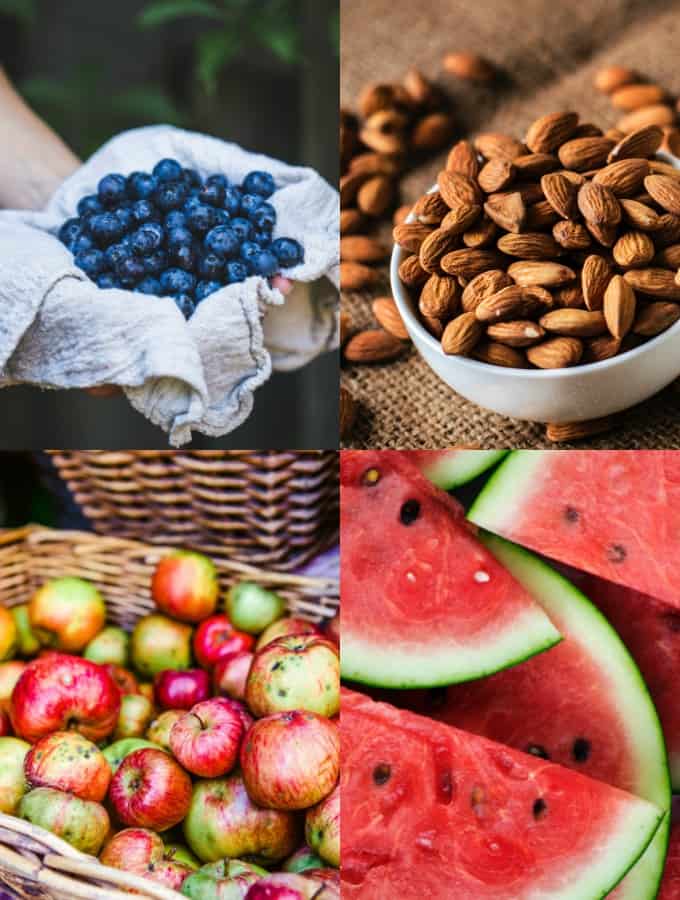 It describes the phenomenon of worker bees disappearing and leaving behind the queen, lots of food, and immature bees. This means they abandon their hives.

2. Removal of Honey and Replacement with Sugar Substitute

Many farmers replace the honey they remove from hives with a sugar substitute. They mostly use high fructose corn syrup. However, this replacement doesn’t have the same nutrients, vitamins, and fats as honey.

As a result, the bees’ health worsens over the long run. Bees need their own honey for their health! 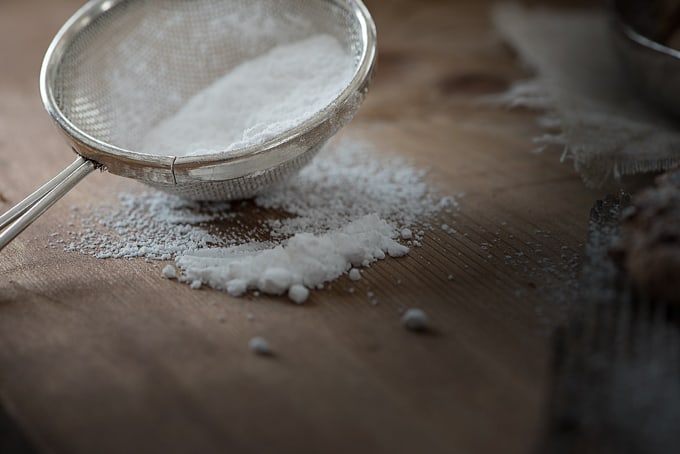 Often beekeepers clip the queen bee’s wings to prevent her from leaving the hive and start a new hive, which would of course result in a decrease of productivity and, thus, profit. This practice is contested by many vegans.

Another practice that vegans often criticize is hive burning. When honey bees are infected with American Foul Brood, a deadly and highly-contagious disease for bees, some beekeepers burn the hives and the bees to control the outbreak.

This method is considered cruel and unnecessary by many vegans as the bees are still inside of the hives when they’re burned. 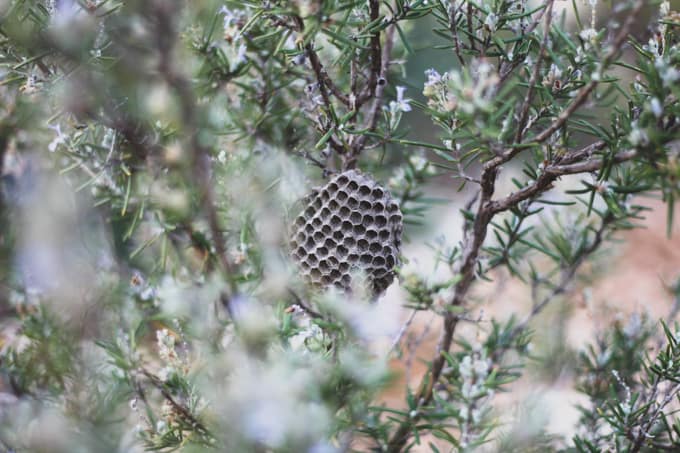 There are many delicious vegan substitutes for honey! Here are some examples:

What You Can Do to Help Bees:

I hope you liked this guide on vegan honey and the question “is honey vegan?”.