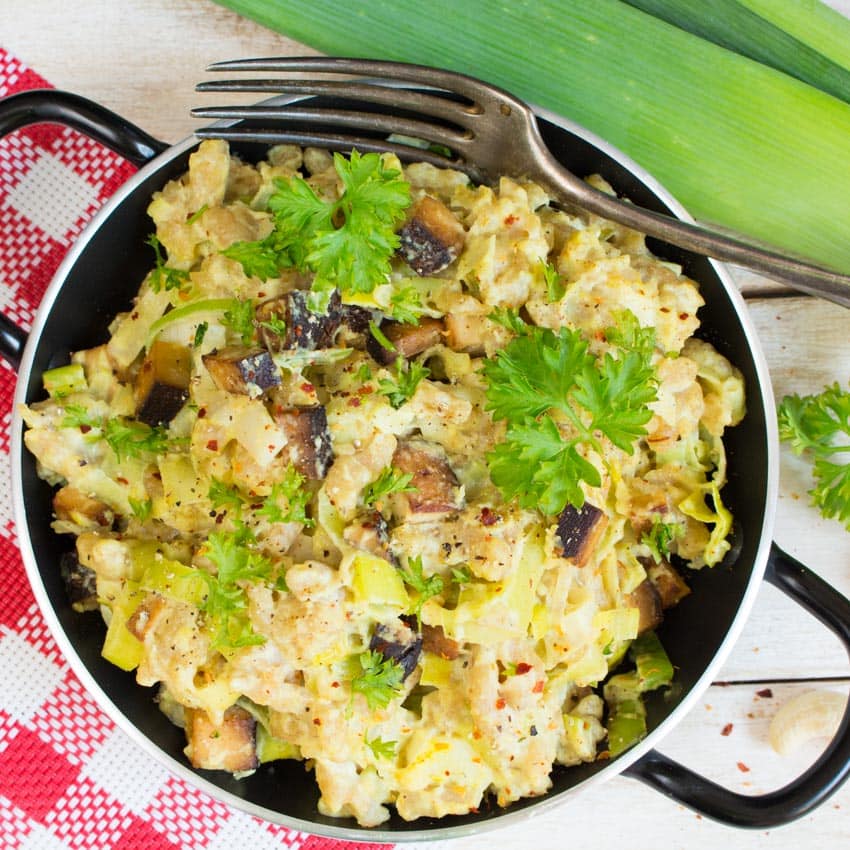 Have you ever heard of cheese spaetzle? It’s a traditional German comfort dish that is like a German version of Mac & Cheese. Only so much better! It has been one of my favorite foods for a really long time, but when I became vegan about three years ago I didn’t really think about it anymore.  It took me years to finally come up with a mouth-watering vegan version of this traditional dish that I think is even better than the original. While the traditional recipe only contains cheese and fried onions, I also added leek and crispy smoked tofu cubes to my vegan German cheese spaetzle. 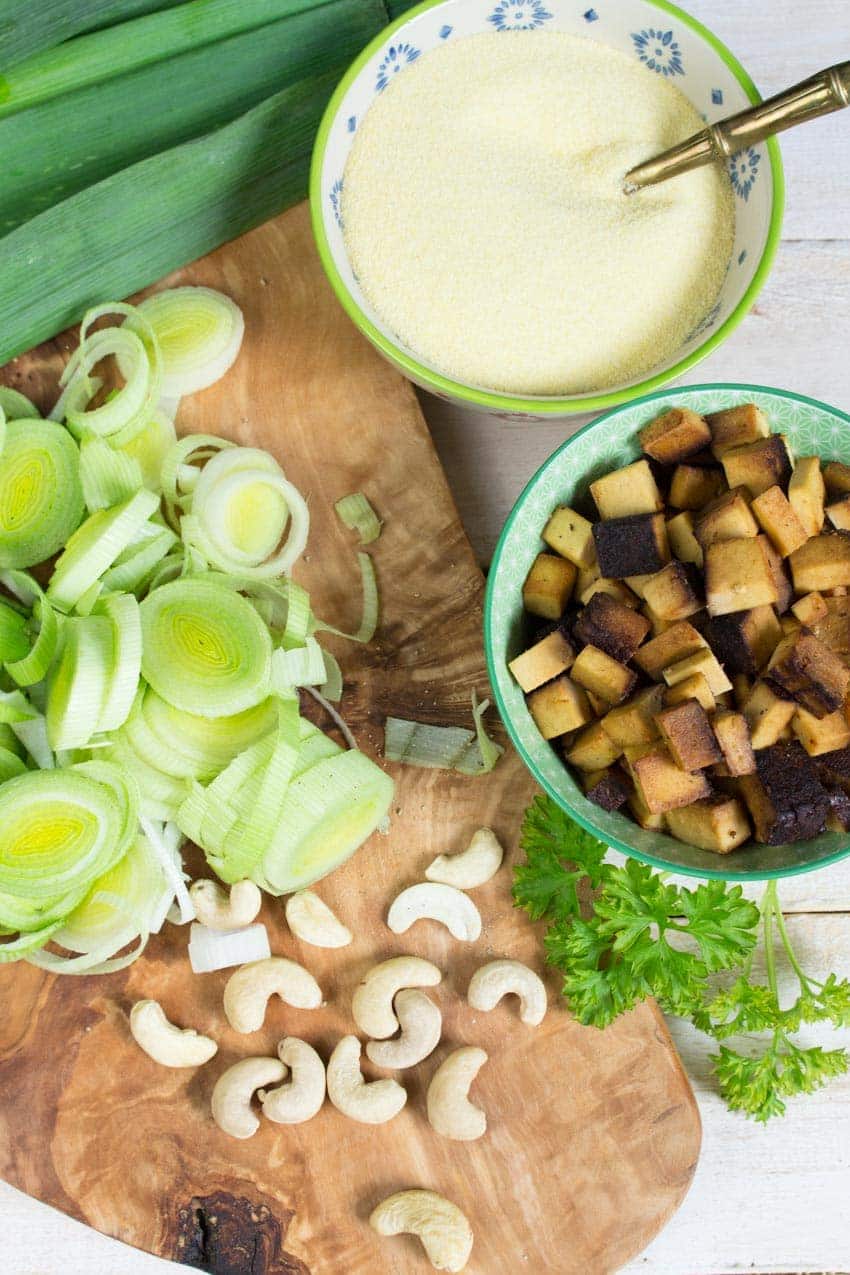 Spaetzle are a kind of soft egg noodles found in the cuisines of Southern Germany, Austria, and Switzerland. Spaetzle dough is usually prepared with eggs, flour, and salt, but it’s also possible to make a vegan version of this traditional dish. Traditionally, you use a kind of chopping board to make the spaetzle. However, I think it’s much easier to use a  strainer or potato ricer. You just press the dough through the potato ricer into boiling water and as soon as they rise to the surface they’re ready. They’ve always been my favorite kind of pasta and I think I like them even more than spaghetti. They’re some vegan versions in the store, but it’s much cheaper to just make them at home. All you need is flour, semolina, soy flour, and curcuma. If this still sounds a bit weird to you (German food can be crazy. Haha! But it’s sooooo worth it!), check out the article on spaetzle on wikipedia. They have tons of pictures showing you how the preparation of spaetzle works. It’s really pretty simple. ;-) 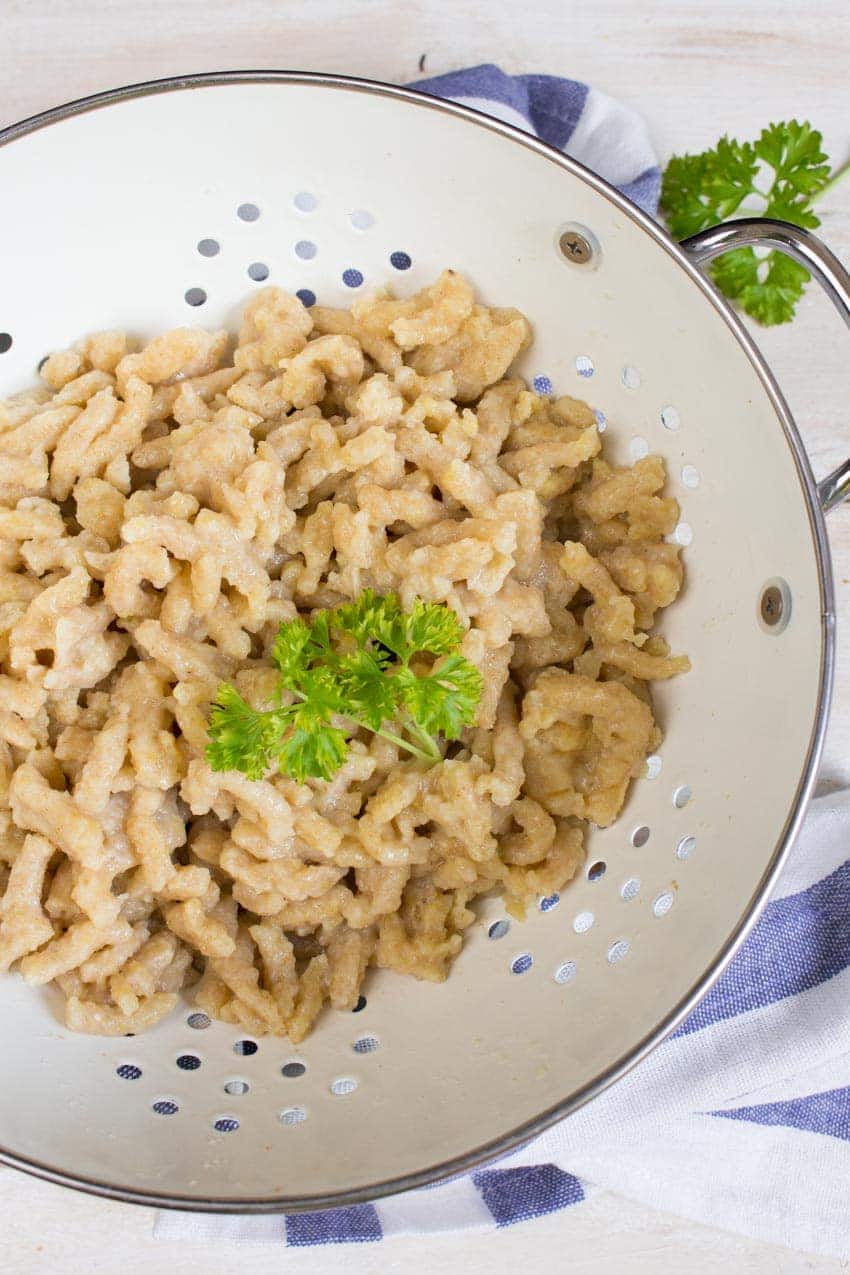 For the sauce , I used cashews, nutritional yeast, and white miso paste. I’m so in love with this easy vegan cheese sauce. I could eat it on literally everything. When you add some chili peppers, it’s also a great and healthy nacho dip. 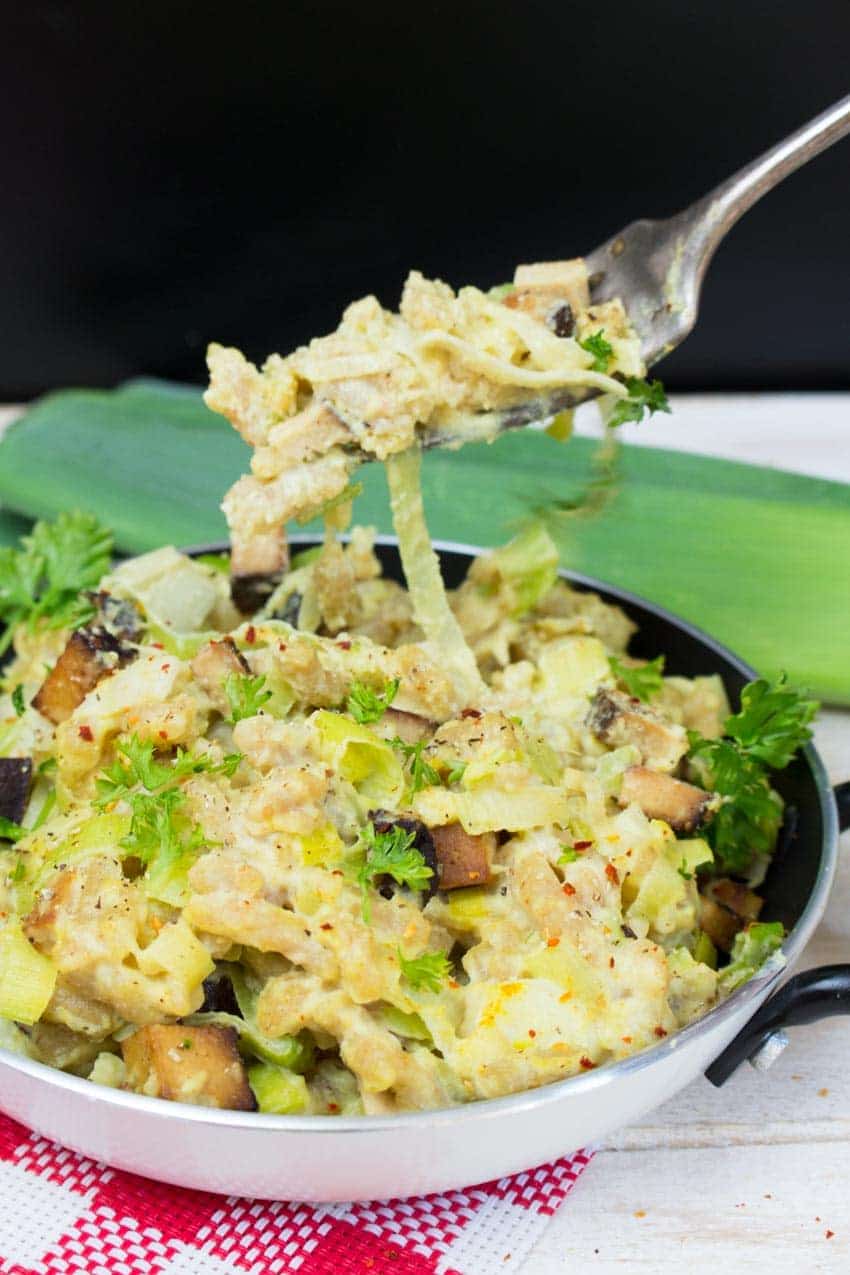 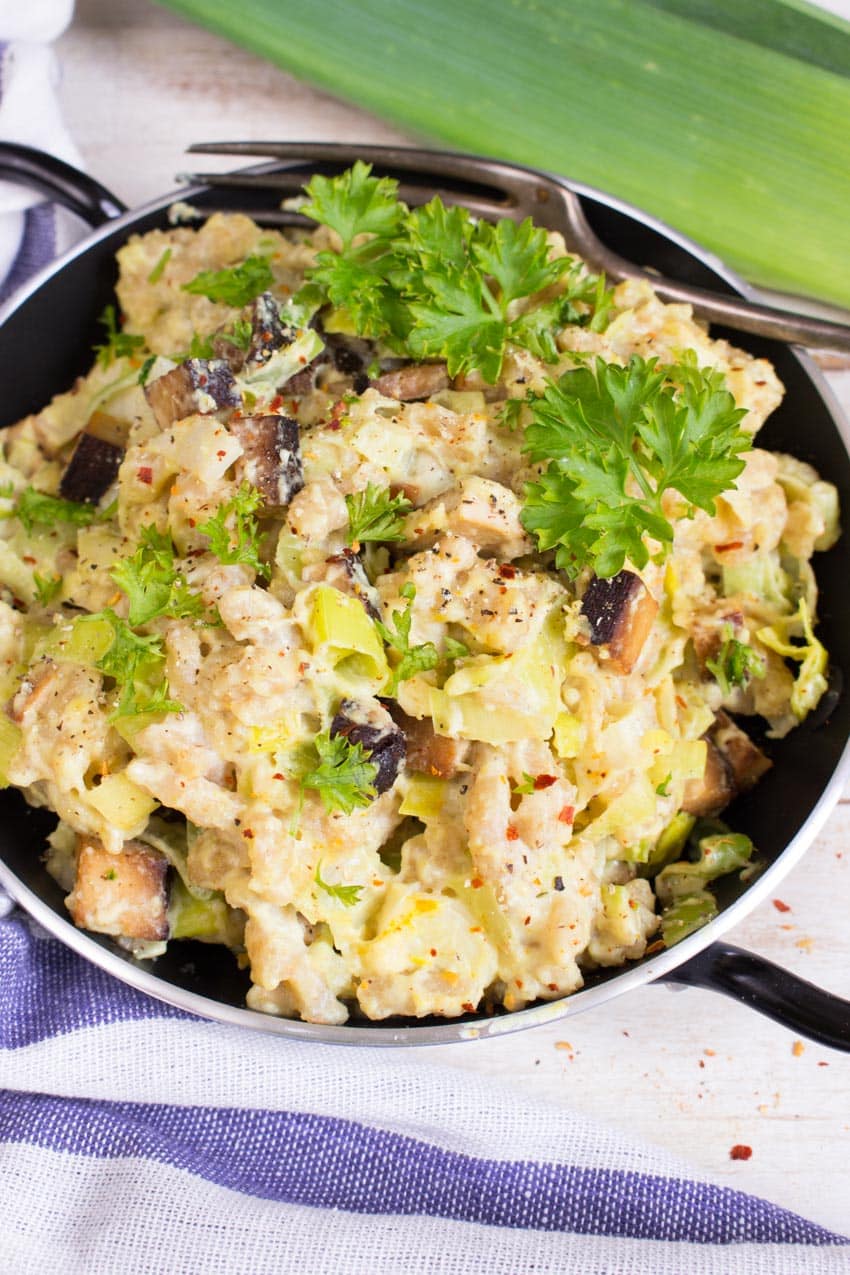 I hope you liked this little “insight” into the German cuisine and its traditional dishes. As always, I love hearing from you guys!  Hope you all have a great weekend! :-) 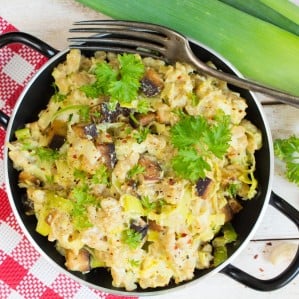 For the vegan spaetzle:

For the vegan cheese sauce:

Tried this recipe?Mention @_veganheaven_ or tag #veganheaven!
Rate the recipe!If you like this recipe, please leave a good rating! This will help other readers.
Previous Post: « Mini Matcha Cheesecakes
Next Post: Vegan Jackfruit Pulled Pork Sandwiches »