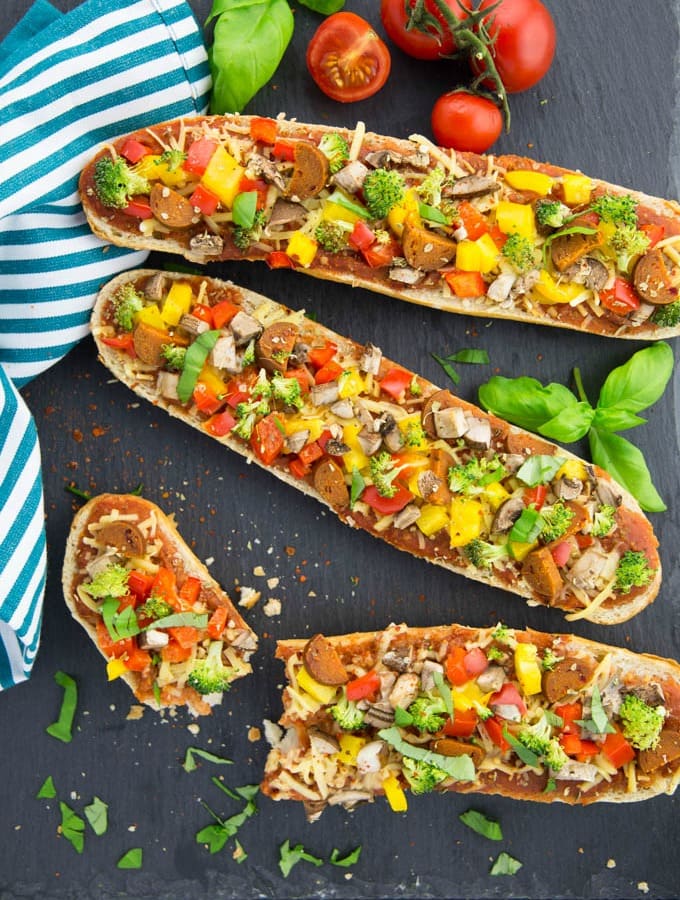 Vegan French bread pizza?!  This is one of my favorite ways to eat pizza these days. So as you can probably guess by its name, it’s pizza on a baguette instead of pizza dough. You just cut the baguette into halves lengthwise, spread the pizza sauce on top, and use any topping you want. We used broccoli, red and yellow bell pepper, mushrooms, vegan pepperoni, and vegan cheese. This seriously is vegan comfort food at its best!! 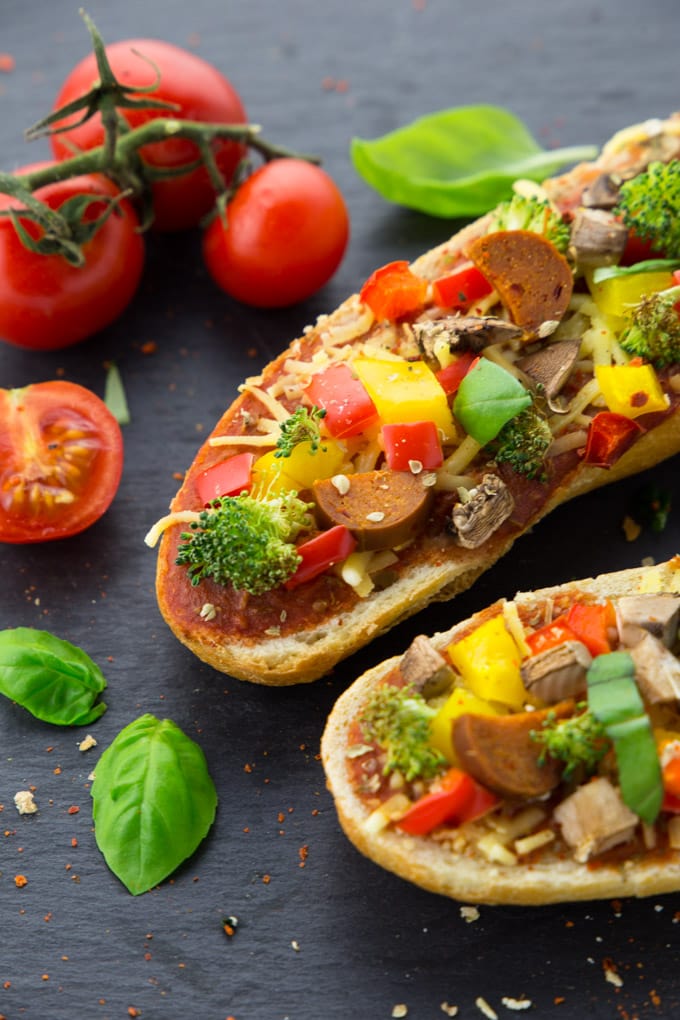 I really can’t get enough of this French bread pizza with veggies. We already tried several versions, but this one is by far our favorite. Mostly because it reminds us so much of our time at high school. We are high school sweet hearts and started dating in grade 12. Wow, how time flies! Now more than seven years later, we’re engaged and off to new adventures… 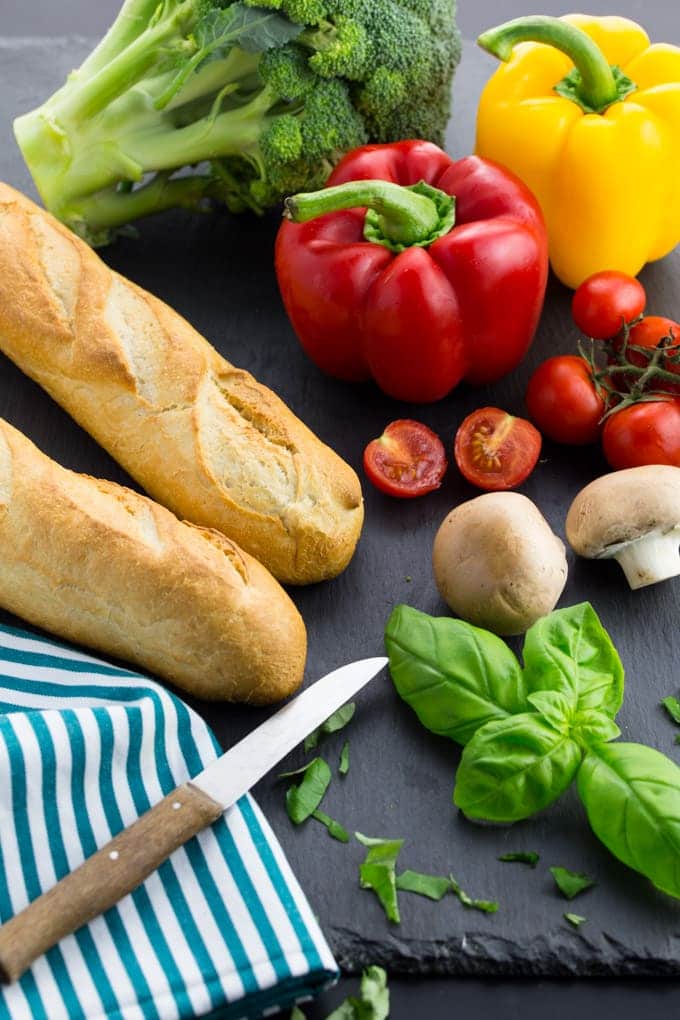 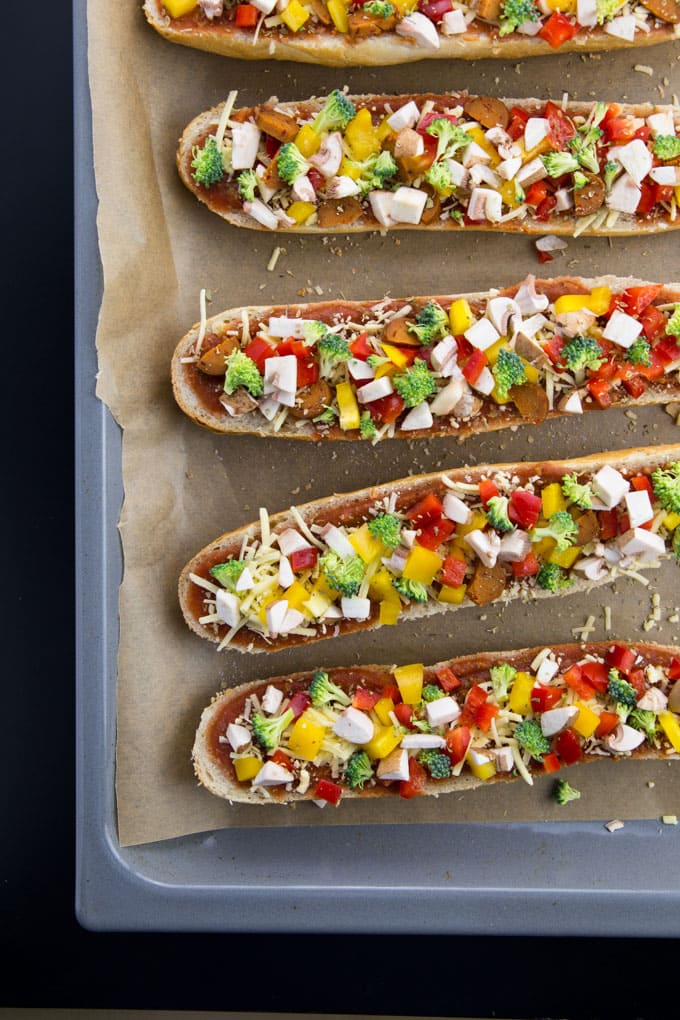 But back to the food. So, we had a similar version of this vegan French bread pizza at our school cafeteria. Of course with real pepperoni and cheese. I actually didn’t have it very often as I became vegetarian when I was 15, but it was a real “thing” at our school. Flo even had it like once or twice a week. So about a year ago when we were making pizza, Flo came up with the idea of veganizing the French bread pizza from our school days. And who am I to deny a grown man his pizza baguette, right? Haha! 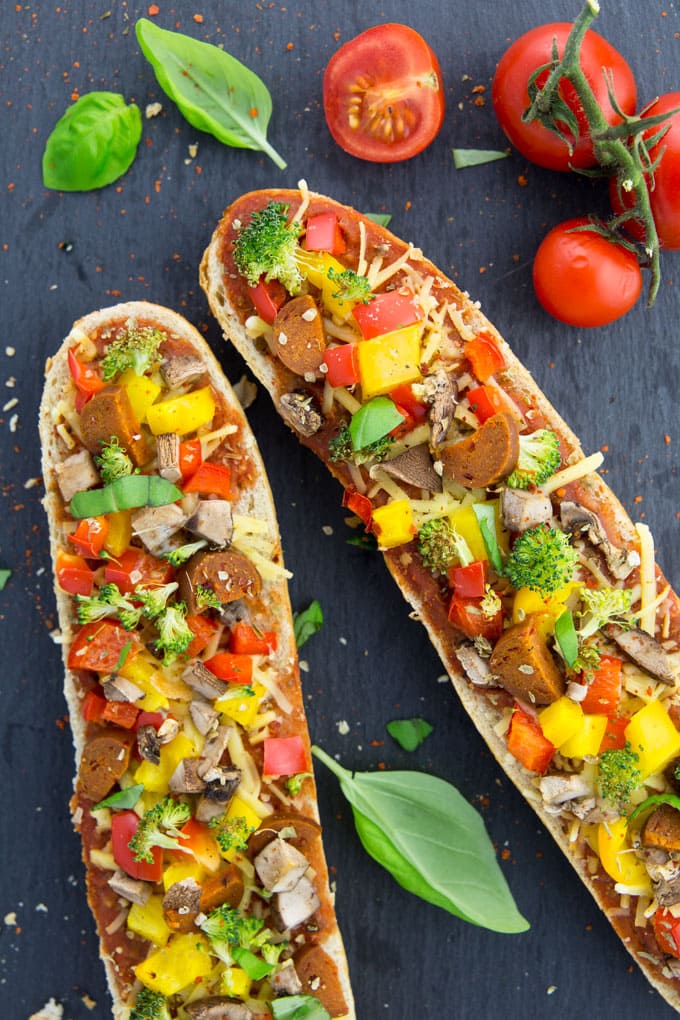 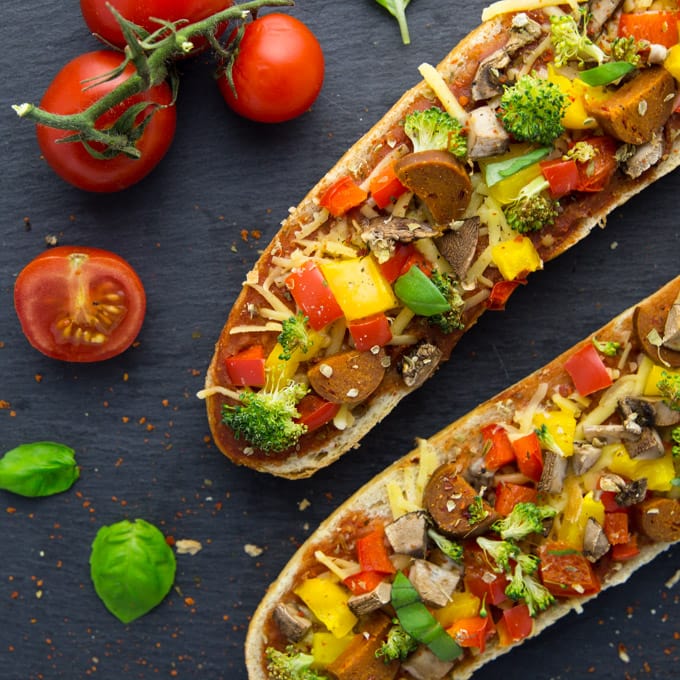 So we started experimenting a bit with different toppings and absolutely loved this one. It’s super easy to make, incredibly delicious and crunchy, and ready in only 15 minutes. Serve it along with a green salad and you got a great and delicious meal.

Let me know if you give this vegan French bread pizza a try. As always, I love hearing from you guys! Have a great week! 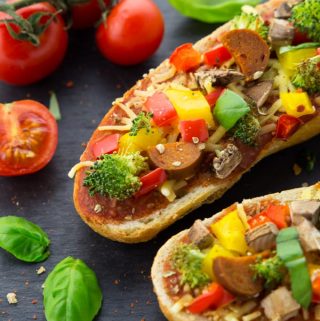 Tried this recipe?Mention @_veganheaven_ or tag #veganheaven!
Rate the recipe!If you like this recipe, please leave a good rating! This will help other readers.
Previous Post: « Chocolate Chip Pretzel Cookies
Next Post: Apple Pear Smoothie »