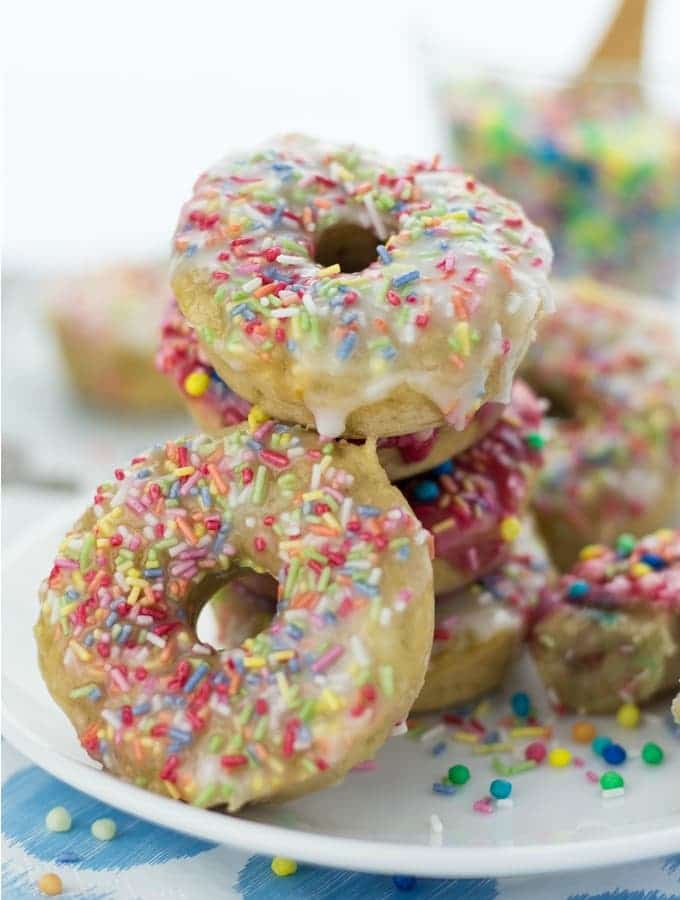 I’ve wanted to post something with funfetti on the blog for like ever! When one of my friend’s birthday was approaching, I just knew now was the time for funfetti, so I ended up making these vegan birthday donuts with sprinkles for her. 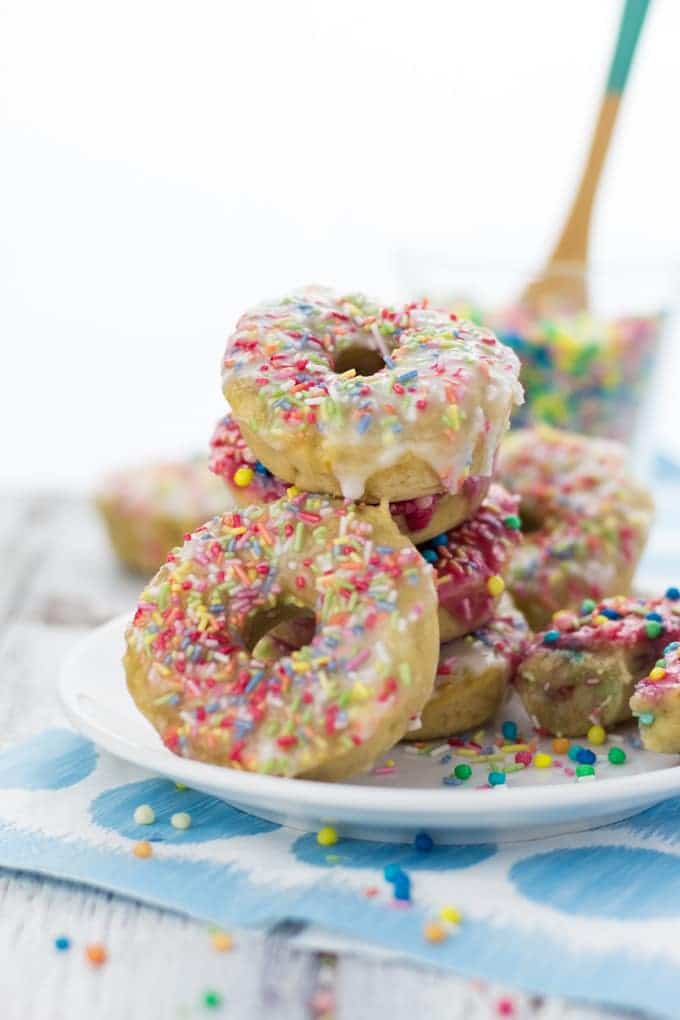 I must admit that I’m actually not really a big fan of fried donuts. I would probably always take muffins over donuts when someone offered me both. But ever since I got a donut baking pan like a year ago, I can’t get enough of baked donuts! It’s such an easy way to cut out lots of fat and calories just by baking them instead of frying them. And I think they even taste a lot better this way! 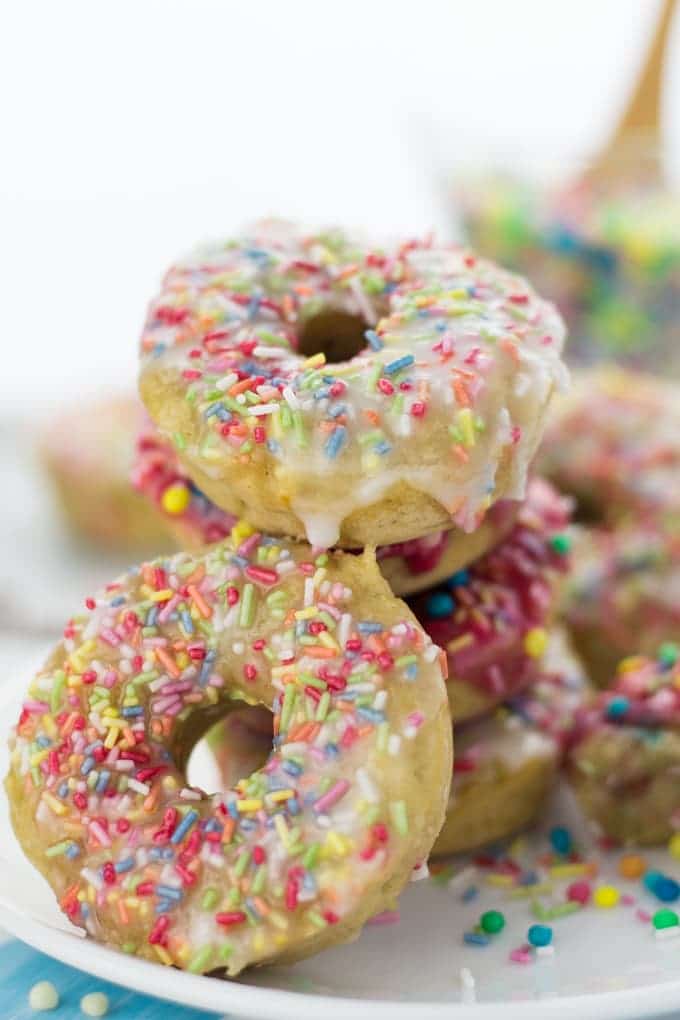 My chocolate hazelnut donuts, which are one of the most popular recipes on the blog, are baked donuts as well. They were actually the first donuts I tried with my donut baking pan. If you haven’t already seen them you should really check out the recipe. It might sound kind of weird or even crazy, but they’re made with kidney beans. I was pretty skeptical when I first tried baking with beans (I first made these black bean brownies), but it creates such an awesome texture!! And you can’t even taste the beans in there. 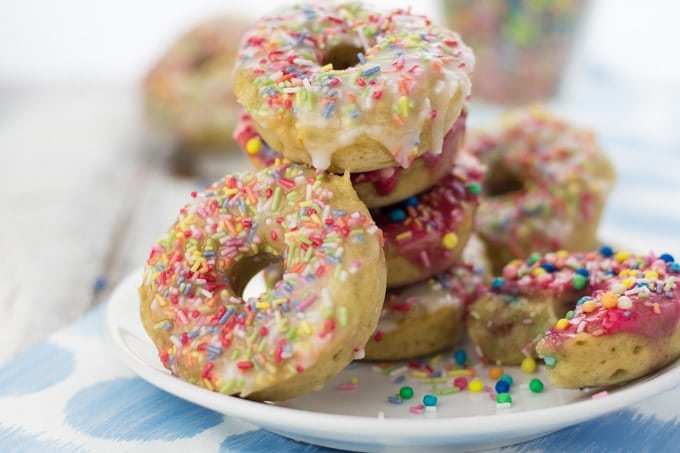 But back to the birthday donuts I made last week. The recipe is actually really easy. All you need is flour (regular or whole wheat), plant-based milk (I used almond milk), unsweetened apple sauce, apple cider vinegar, agave or any other sweetener of your choice, a little bit of oil or vegan margarine, vanilla extract, and of course baking powder. That’s it for the vegan donuts.

I decided to make two different kinds of frosting. One with vanilla and powdered sugar (the white one) and for the red one I just added a teaspoon of blended cherries to the powdered sugar. So you don’t even need food coloring for the red frosting. Oh, and did you know that you can also make powdered sugar out of brown sugar? Just put some brown sugar into your food processor and mix on high for about 5 minutes until the sugar is pulverized. That’s all you need to do to make your own brown powdered sugar. It’s best to store these funfetti donuts in the fridge until you serve them, so the frosting doesn’t melt.

I hope you like these birthday donuts! Let me know if you give them a try. Have a great week, everyone!! Sina, xx 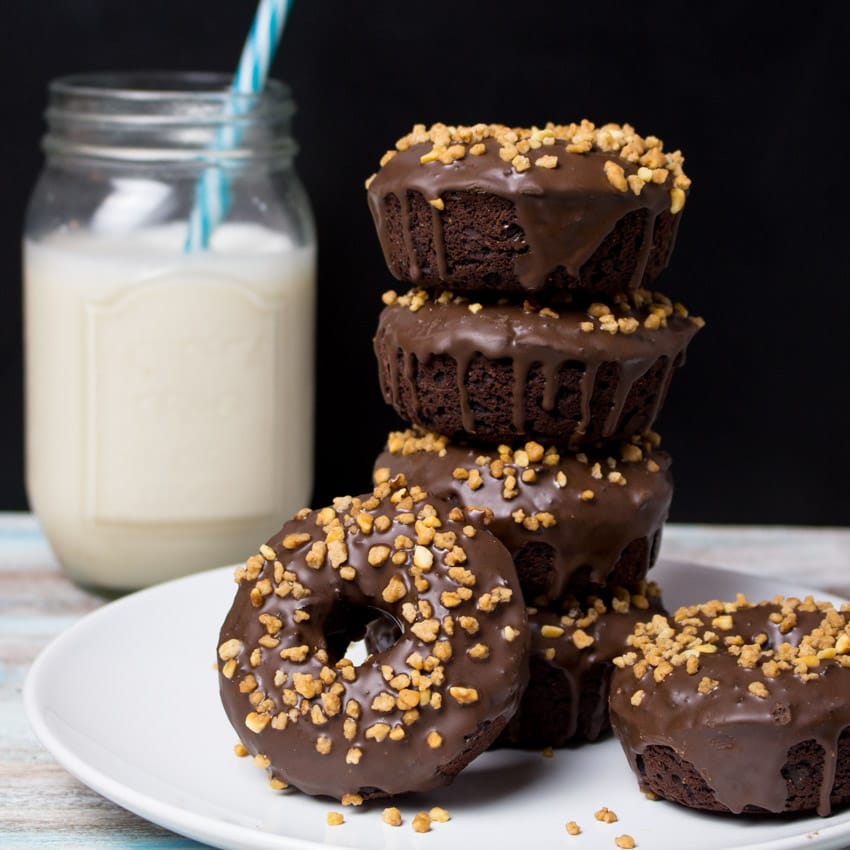 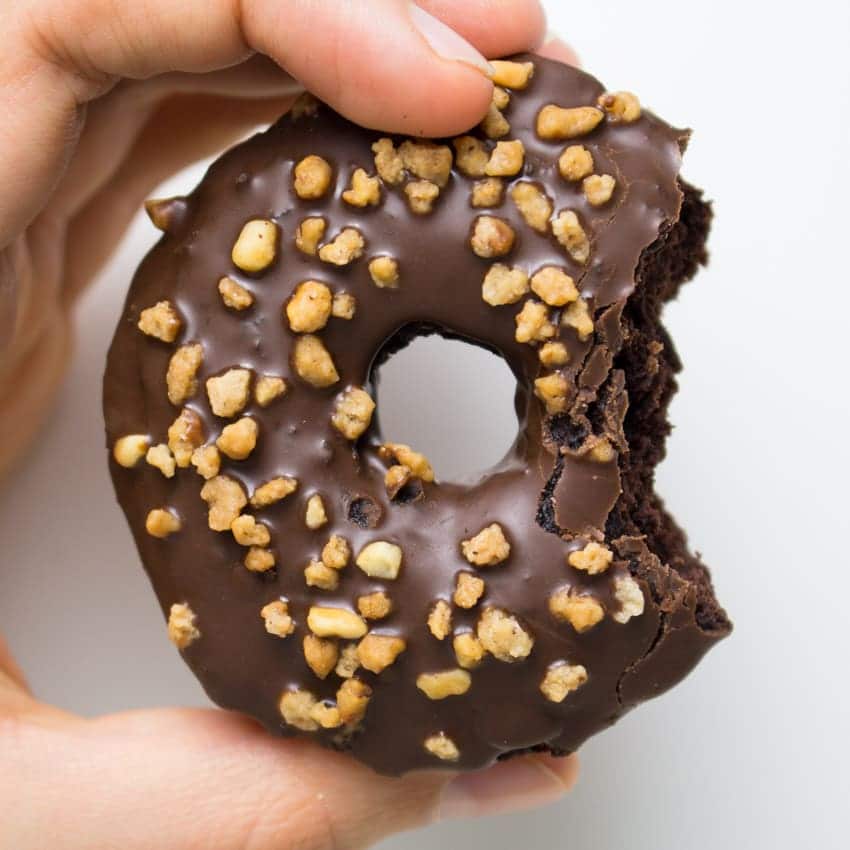 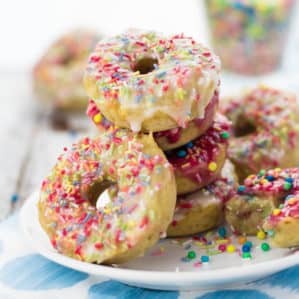 For the funfetti frosting:

Tried this recipe?Mention @_veganheaven_ or tag #veganheaven!
Rate the recipe!If you like this recipe, please leave a good rating! This will help other readers.
Previous Post: « Chocolate Chunk Beet Ice Cream
Next Post: Vegan Chicken Alfredo »