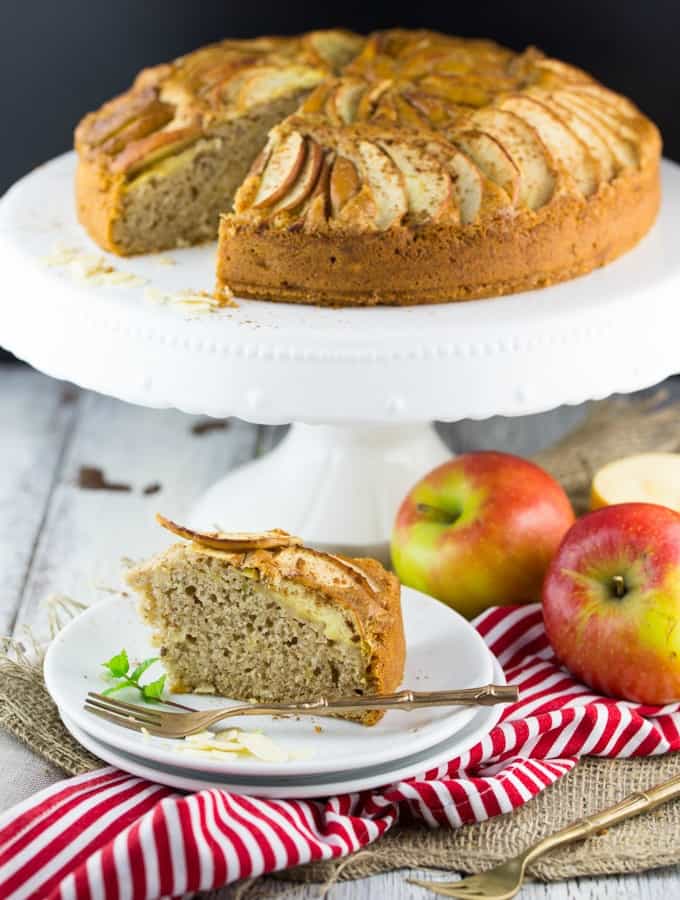 Apple season has arrived and is there any better way than celebrating it than by making apple cake? I don’t think so! Except maybe making apple pie. But this time, I decided to go for a delicious vegan apple cake with grated apples in the batter and extra apples on top. Pure apple heaven so to say! 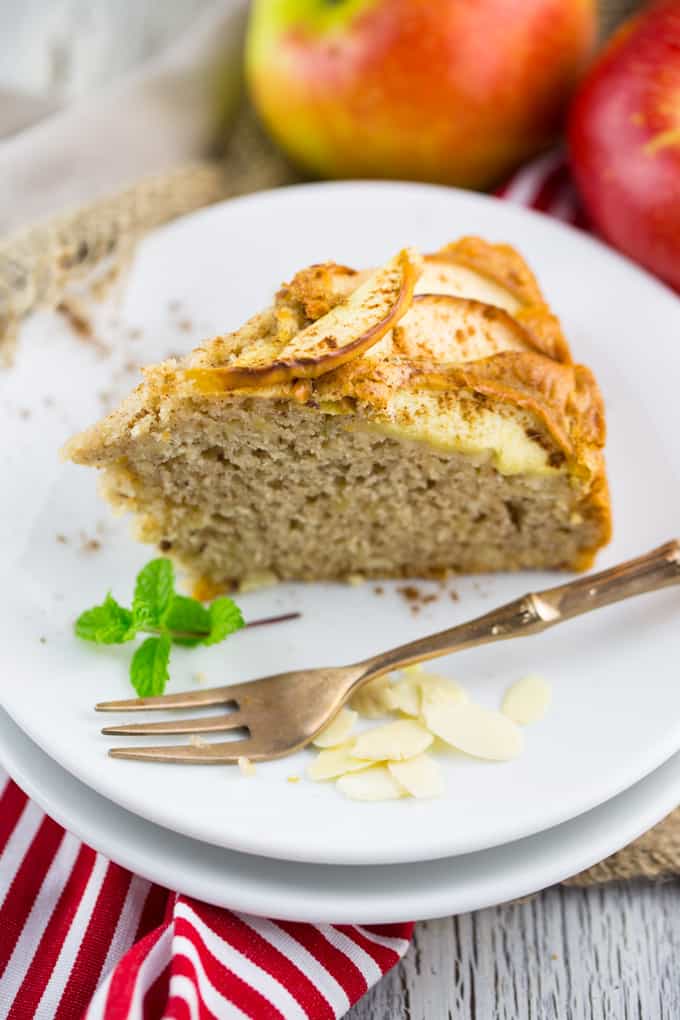 Flo and I went apple picking last weekend and we got soooo many apples. So of course I just had to make a vegan apple cake. I’ve also made apple pancakes for breakfast on Sunday and we had a delicious apple pear smoothie the other day. I also thought about making apple juice, but I don’t have a juicer, so I don’t know if that will work out. I’ll try making it with my vitamix, but it will probably not be the same. We also bought some super fresh apple juice at the apple farm where we went apple picking and it was so good! It was only apples, nothing else. No sugar, no concentrate, nothing. Just 100 % apples. Too bad it was gone way too fast!

But back to the vegan apple cake. You won’t need many ingredients for it and the recipe couldn’t be easier! I’ve made it so many times and it’s always a winner. It’s so moist and fluffy at the same time!

As always, you find the full ingredient list and the recipe instructions in a separate recipe box underneath the text section. I used a 11 inch round springform pan for this vegan apple cake. 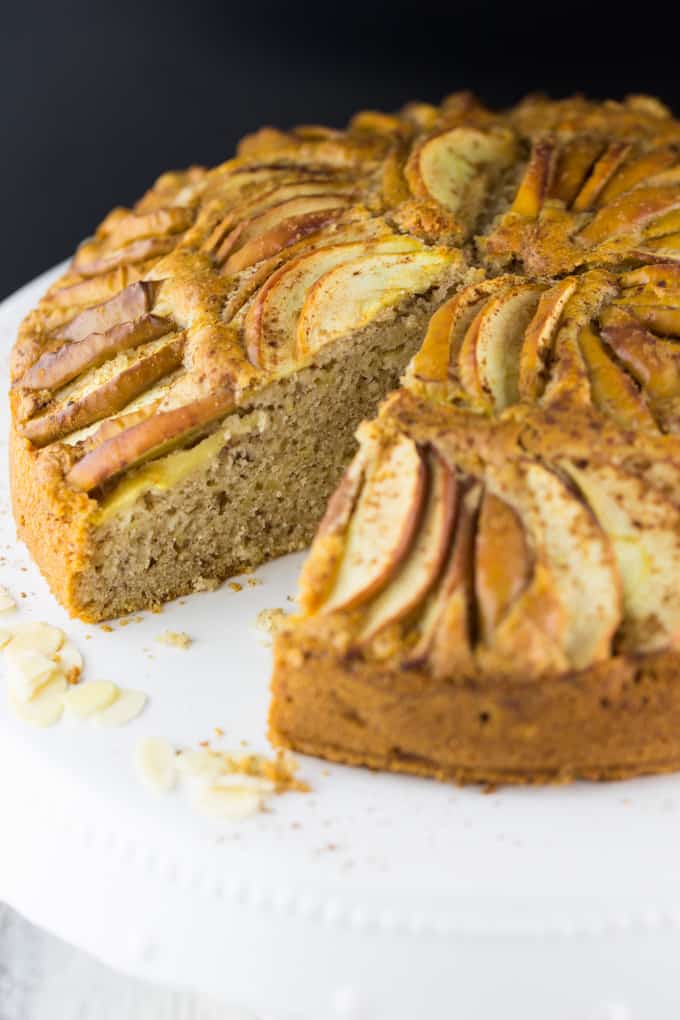 I hope you like this recipe as much as we do around here. Have a nice fall weekend! 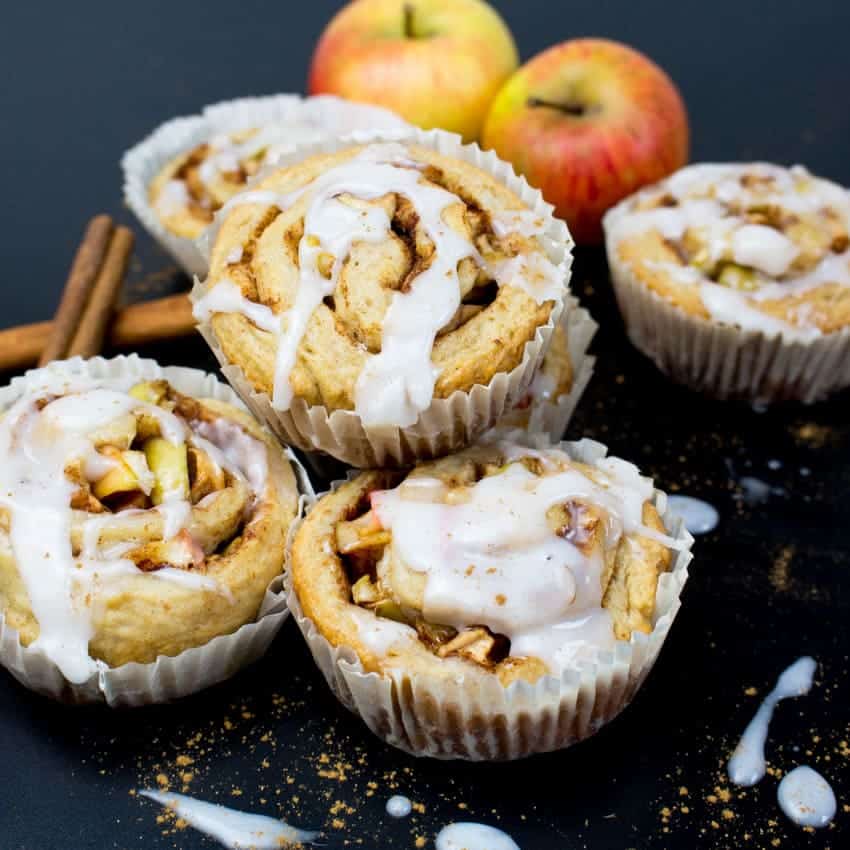 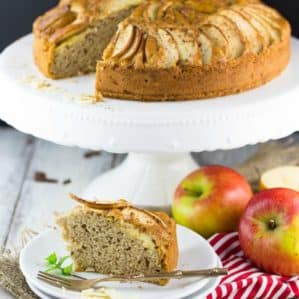 Tried this recipe?Mention @_veganheaven_ or tag #veganheaven!
Rate the recipe!If you like this recipe, please leave a good rating! This will help other readers.
Previous Post: « General Tso’s Cauliflower
Next Post: 20 Game-Changing Vegan Cauliflower Recipes »