This vegan coconut panna cotta with blueberries is the perfect dessert for spring! It’s so much lighter than traditional panna cotta and incredibly easy to make! 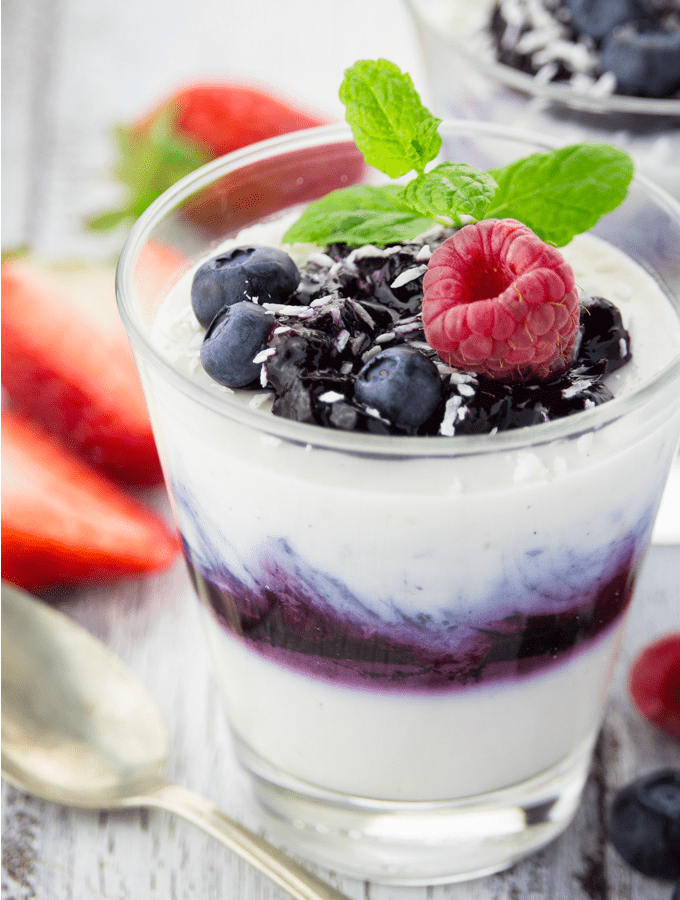 I love Italian food! And not just pasta and pizza but also Italian desserts. Last weekend, I made this vegan blueberry coconut panna cotta which was just soooo good and also pretty easy to make! 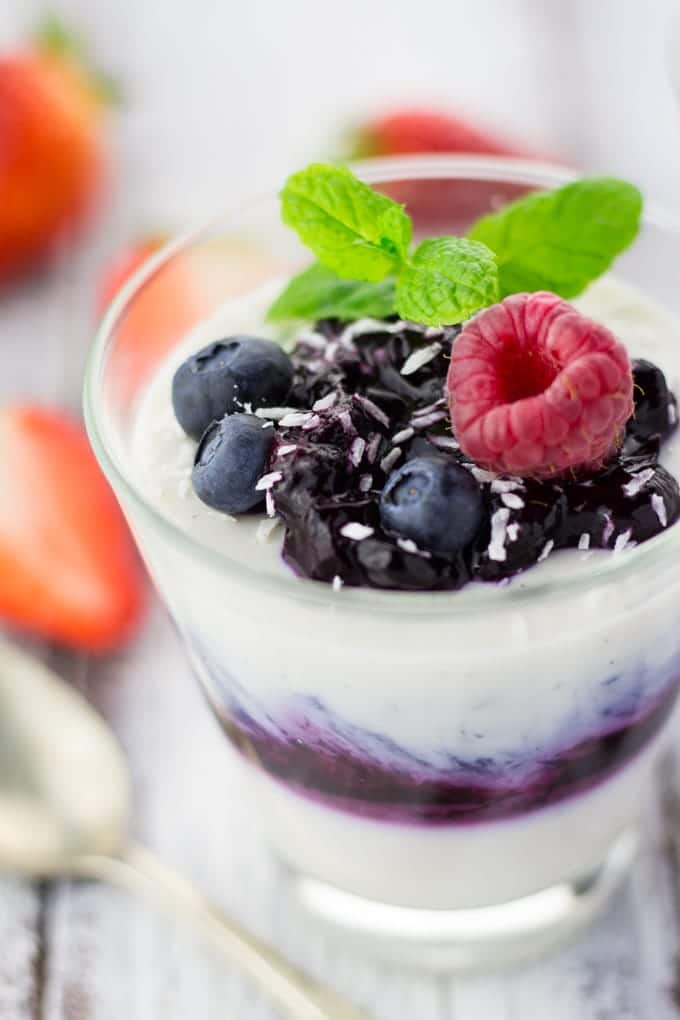 What Is Panna Cotta?

For those of you who have never heard of panna cotta or at least never tried it. It means “cooked cream” and it’s made of sweetened cream that is thickened with gelatin. It’s often served with berries or caramel or chocolate sauce.

Before I became vegan, panna cotta with strawberry sauce was one of my favorite desserts (right after crème brûlée and tiramisu I think), but cream and gelatin isn’t exactly vegan, right? Well, we’re lucky: it’s just as easy to whip up a vegan version! And it’s actually just as delicious – if not even better! 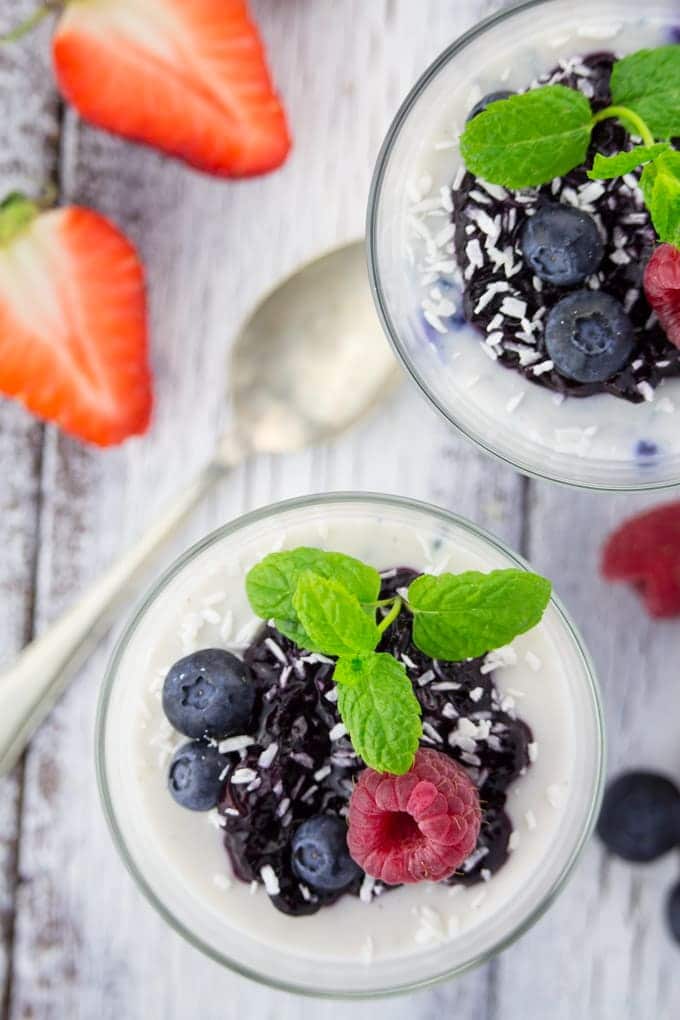 The secret ingredient is agar or also called agar-agar.

What is agar? And where can you buy agar?

For me it kinda sounds like archaic war cries and when I first heard of it, I just had to think of these stone age people holding their lances and shouting “agar agar!”.

Well obviously, that’s not quite what it is. As Wikipedia explains, agar or agar-agar is  a “jelly-like substance, obtained from algae”. And just like tofu and tempeh it comes from Asia, or more specifically from Japan. It was discovered in the mid 17th century, so they have been using it for centuries before it became a popular vegan substitute for gelatin. It’s actually a better solidifying agent than gelatin because of its better solidifying temperature. 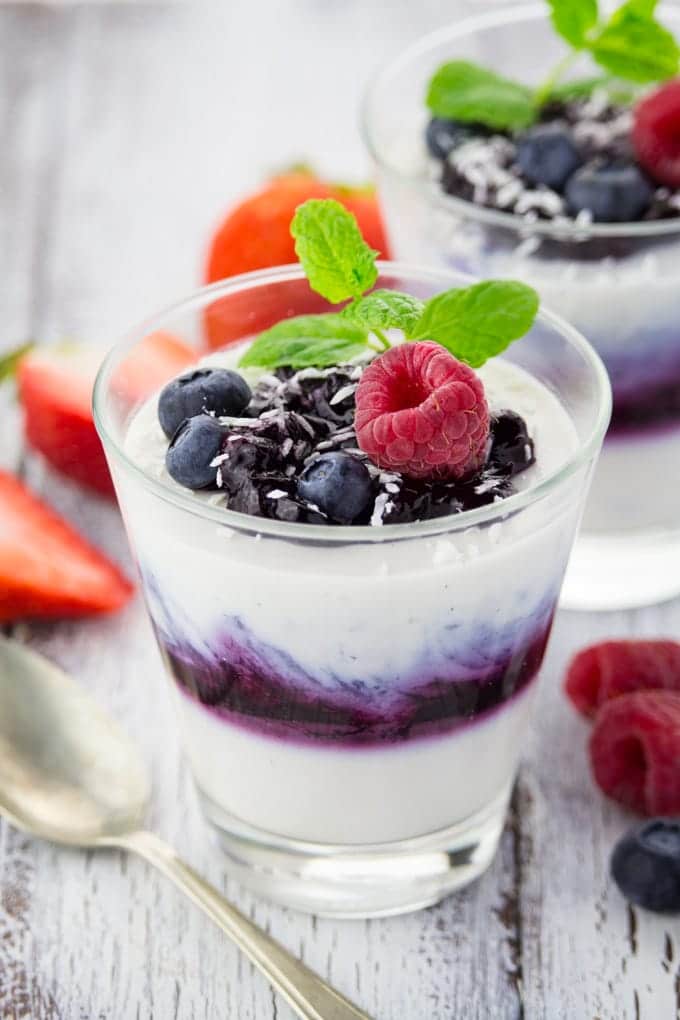 You can buy agar in major supermarkets  (it’s usually in the section for exotic foods), health stores, and of course Whole Foods. You should also be able to find it in most Asian supermarkets. And of course you could also order it online 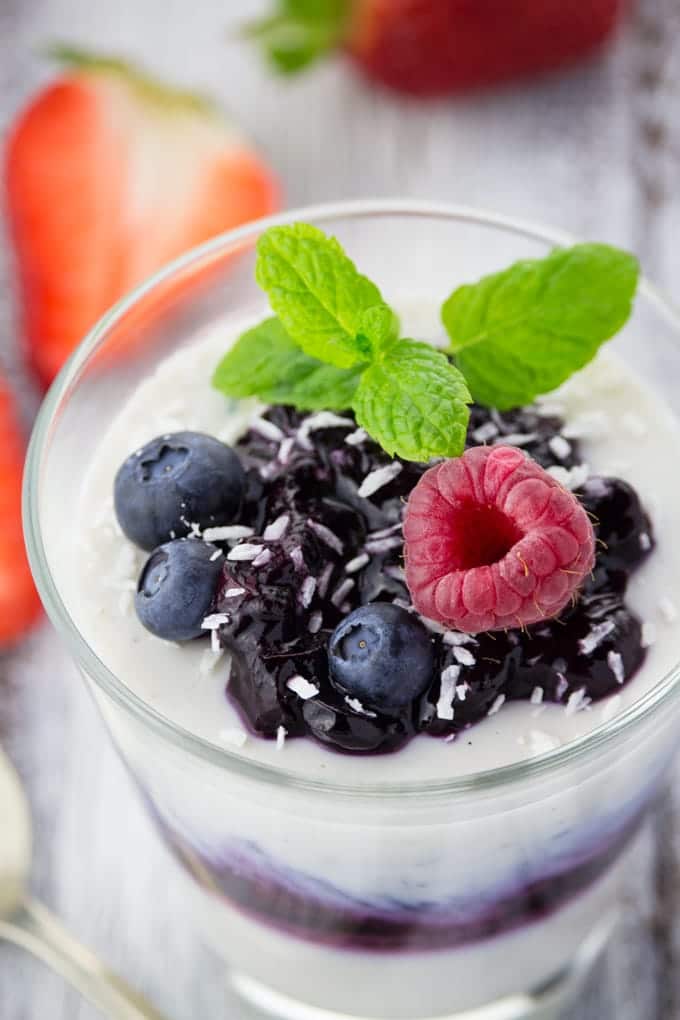 Once a month, I meet up with some of my friends and we have dinner together at Vapiano. They have a so-called “ladies night” where you get free drinks, a goody bag with some free samples, and a dessert. You need to book a table in advance and have to be pretty early because it’s quite popular – well obviously, I mean FREE stuff!! Most of the time, they offer panna cotta with strawberry sauce for dessert, so I always skip dessert. Next time I might just bring my own vegan panna cotta and see if someone notices the difference. Haha! 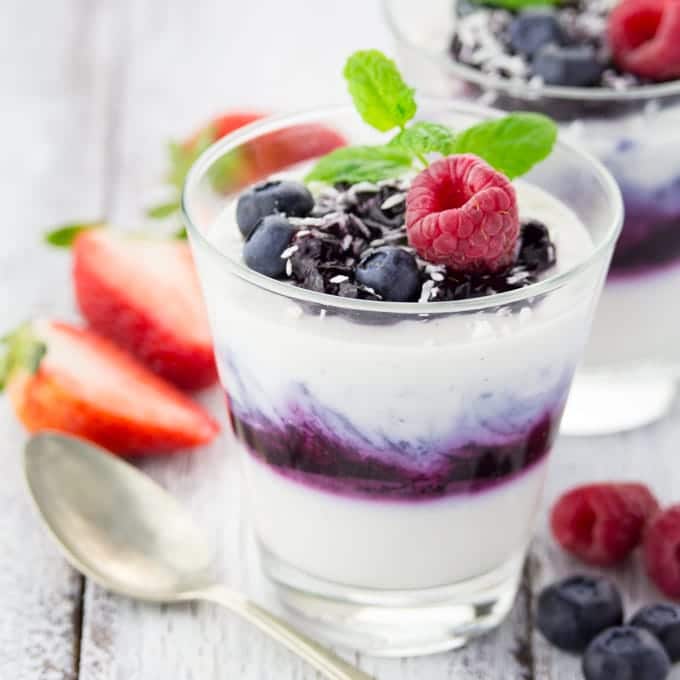 I hope I got you hungry with this vegan panna cotta. The recipe really couldn’t be easier! You just need some time to let it harden in the fridge. But apart from that it’s super easy!!

Let me know if you give this vegan coconut panna cotta a try. As always, I love hearing from you! I’m so sorry I didn’t get to answer all of the comments in the last few weeks. I was super busy with my final exams and I just started a new job, but I’ll get to it as soon as possible.

Have a great weekend, everyone! It’s almost here!! Yeaaahhh! 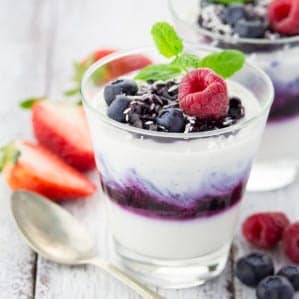 For the panna cotta:

For the blueberry layer and sauce: