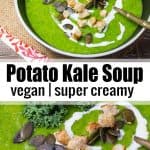 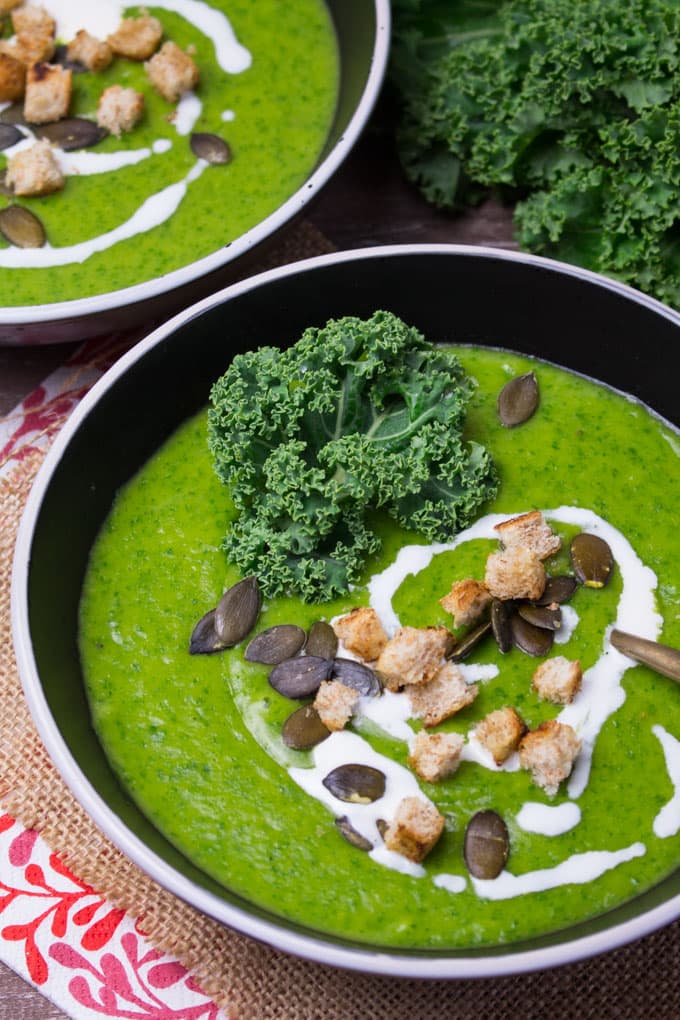 I like winter. But only when everything is covered in snow,  the sky is crystal blue and I’ve got a hot chocolate. Well… this is pretty rare!

At least where I live. Our winters are more like rainy, gray, and dreary, so I should better stop day-dreaming about snow-covered mountains and frozen lakes.  I mean there is snow, but it just doesn’t happen very often. But on the plus side this rainy weather is perfect for hearty soups and stews!

The other day we had this vegan potato kale soup, which was not only really warming but also super delicious and healthy! 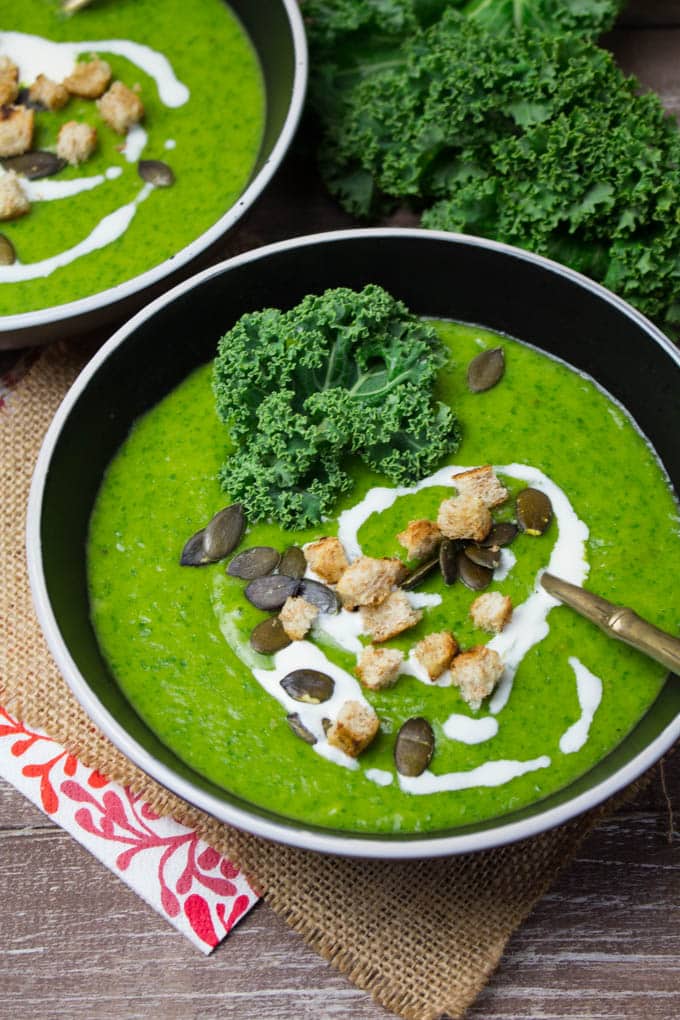 You wouldn’t guess how many veggies are in this soup! Besides kale and potatoes, I also smuggled in some carrots, celery, and leek. At first, I planned to make a simple vegetable soup with all of these fresh veggies, but then I changed my mind and blended it into a creamy soup. And I’m so glad I did! It turned out soooo creamy and velvety! 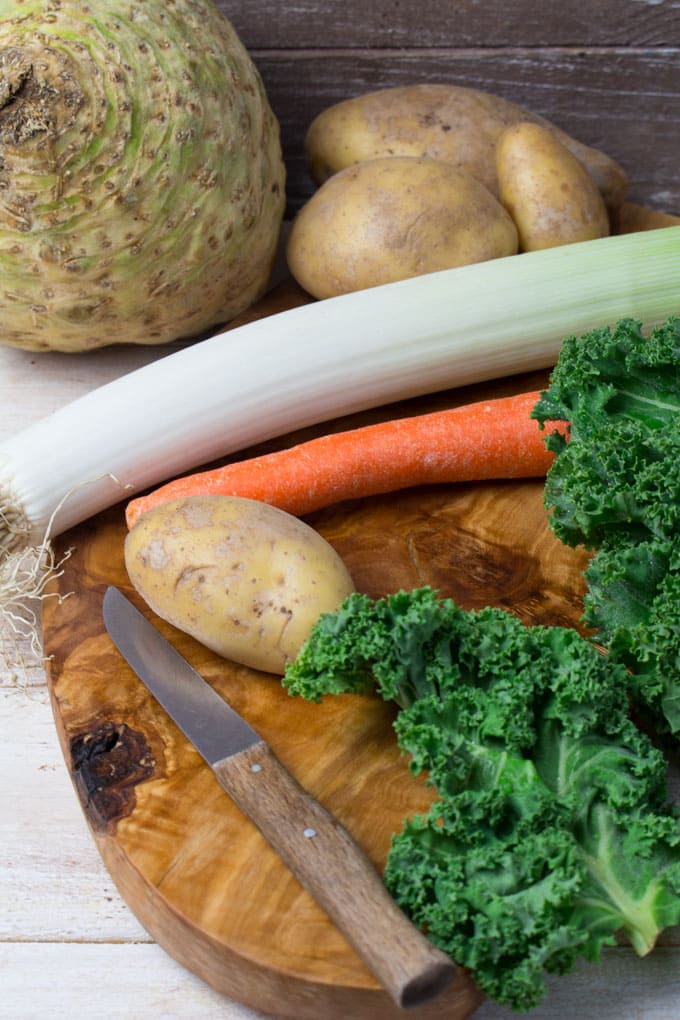 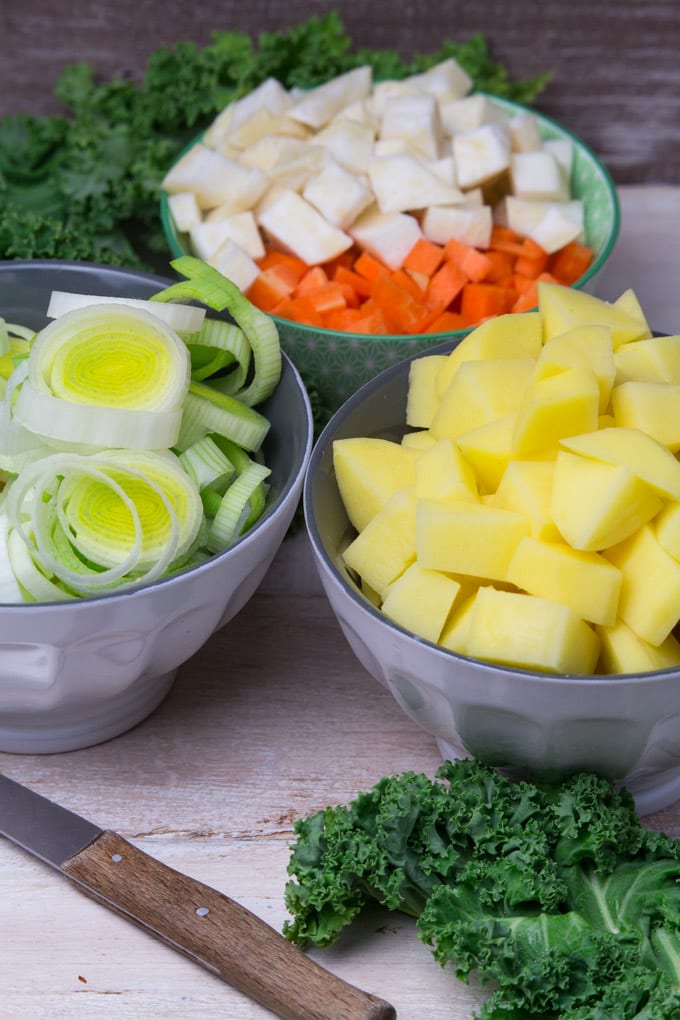 I absolutely love the bright green color the kale soup got! When we were eating it, Flo joked that we could also call it “the incredible Hulk soup”! ;-)

As most of you would have probably thought I went totally nuts if I had posted a “Hulk soup”, I decided to go with “vegan potato kale soup”. If you, however, want it to be less green, you can just use less kale and cook the kale for a bit longer, so it loses some of its color.  But hey, isn’t this bright green color just perfect for Christmas?! Put it on a red napkin and it will perfectly match your Christmas tree… 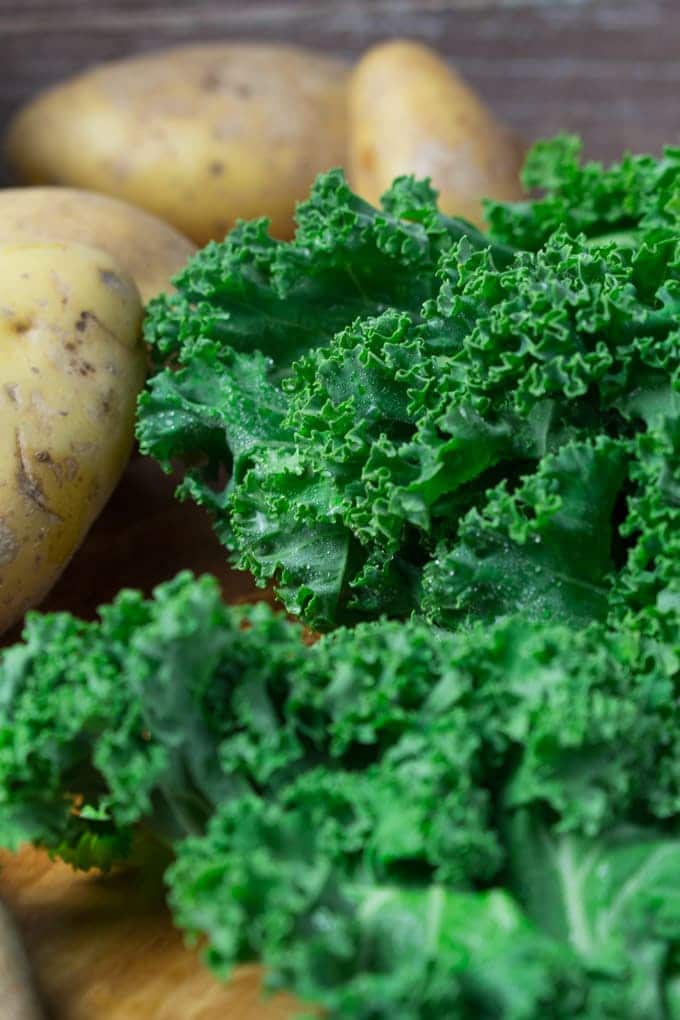 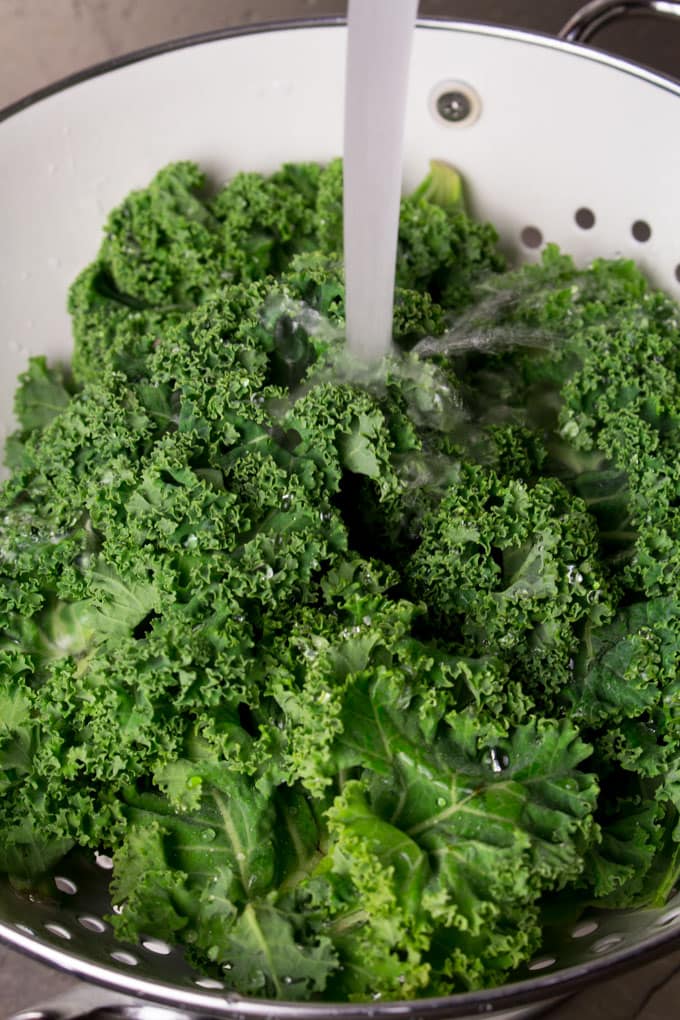 For the topping, I used roasted pumpkin seeds, homemade croutons, and some soy cuisine. If you want a soy-free version, you can also use oat cuisine instead, which works just as good. For the homemade croutons I cut some whole wheat toast into small cubes, heated a teaspoon of vegan margarine in a small pan, and roasted them until they were crispy and golden. 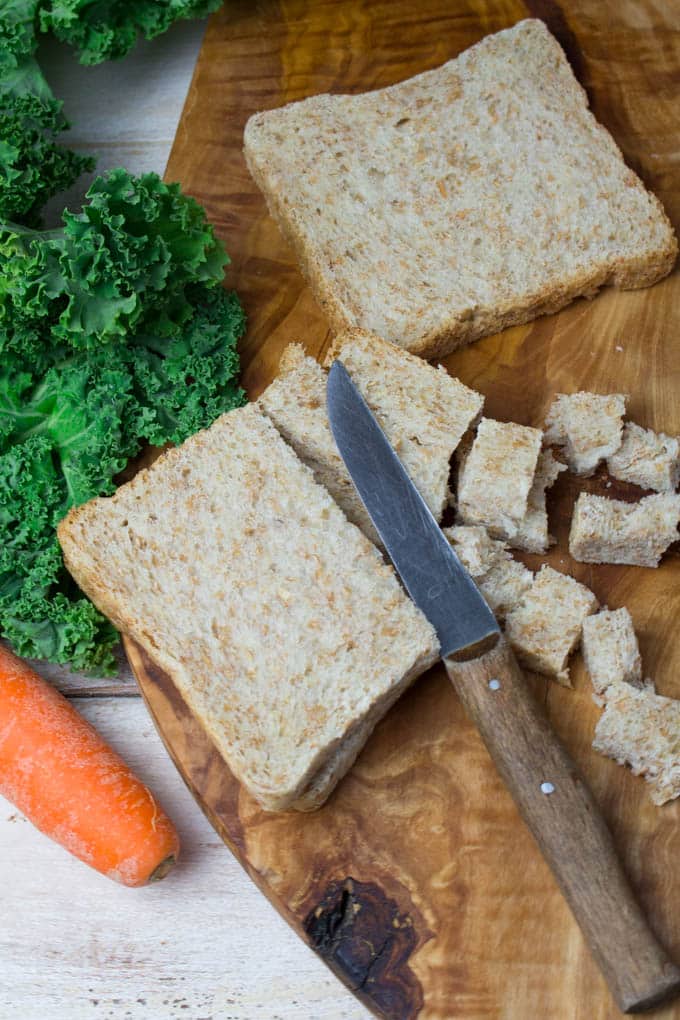 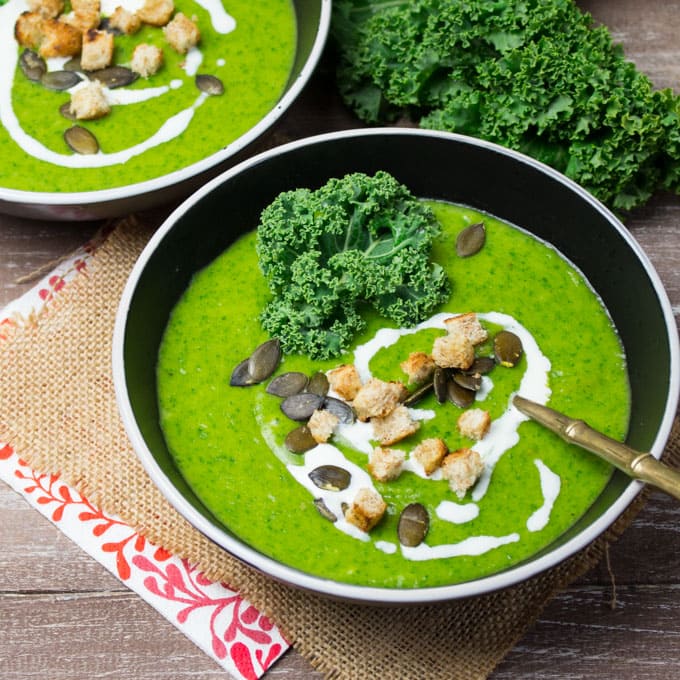 I still can’t believe it’s only 10 more days till Christmas! I just got the first couple of presents today and I really need to start baking some more Christmas cookies!

I hope you all have an awesome week and maybe you even got some snow that goes well with this vegan kale soup!

Talk to you soon! xx 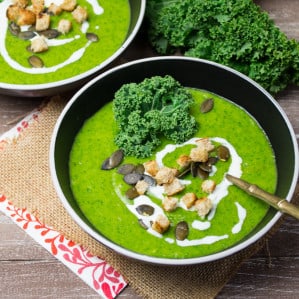 For the vegan potato kale soup: