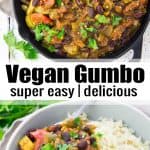 This vegan gumbo with okra is the ultimate comfort food from the South! It’s hearty, filling, and so delicious! Serve it over rice for a healthy and delicious vegan dinner! 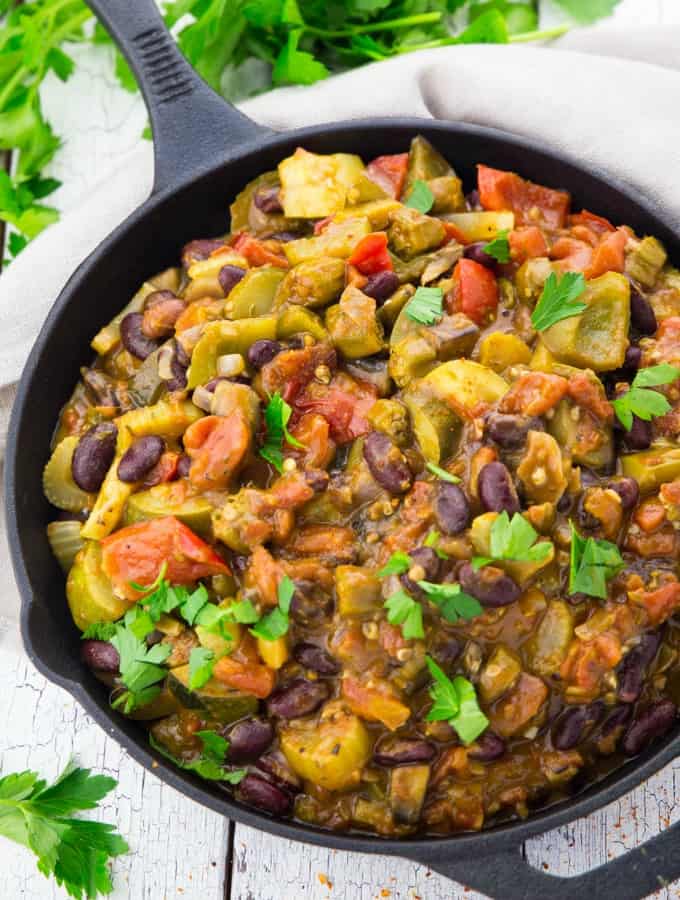 I’ve wanted to make a vegan gumbo for the blog for such a long time. And here it finally is! It turned out so delicious and the recipe is definitely a keeper.

I also made a vegan jambalaya a few weeks ago. Southern comfort food at its best! Yummy!

Gumbo is a popular stew from the South East of the United States, namely Louisiana. Louisiana actually designated gumbo as the official state cuisine in 2004. Gumbo has been around for a very long time. Probably it appeared at some time during the 18th century.

Common ingredients for gumbo are: 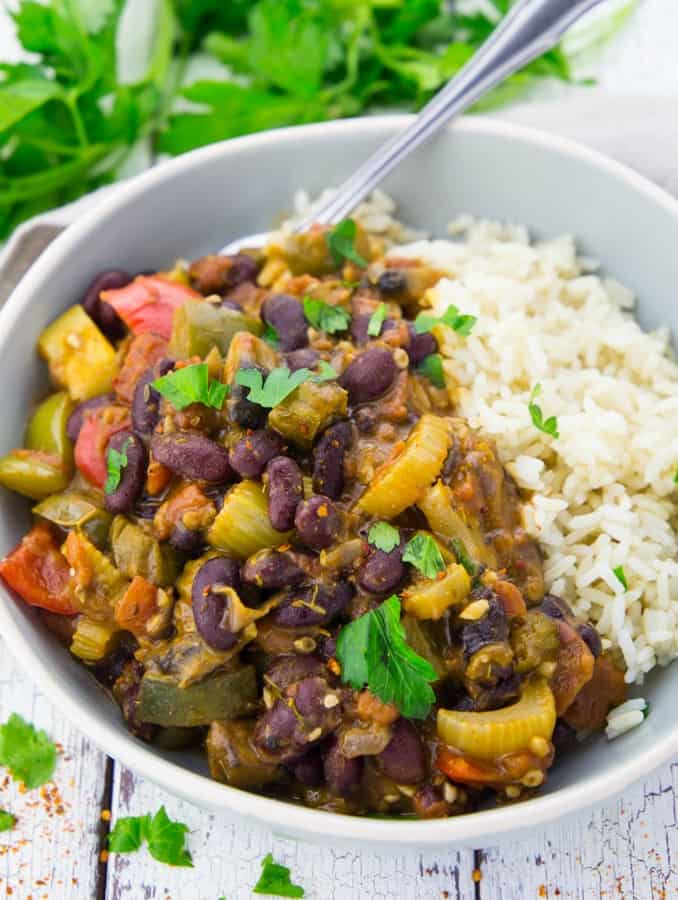 There are different versions of gumbo. For instance, some versions of gumbo, like the Creole gumbo, contain tomatoes while you can’t find them in others. Also the use of roux varies. One reason for these differences could be that gumbo is a combination of many different ingredients and culinary practices from many cultures.  It has French, Spanish, West African, German, and Indigenous roots. Traditionally, gumbo is served over rice and cooks for at least three hours.

Can you make a vegetarian gumbo? Or even a vegan gumbo?

Yes, making a vegetarian gumbo or even a vegan gumbo is no problem at all. You can still get the flavor an smokiness of a traditional gumbo with meat or shellfish by using the right spices!

Liquid smoke is also great to achieve a smoky flavor without meat. And your vegetarian gumbo will also be a lot lighter. I can promise you, you won’t miss the meat in my vegan gumbo. 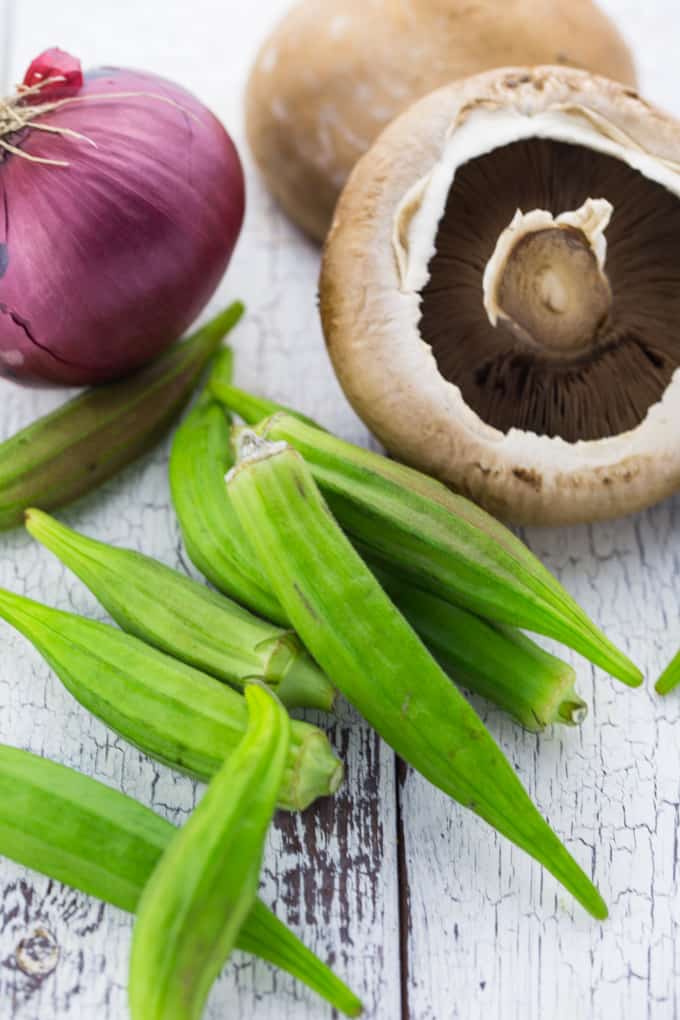 Great ingredients for a vegetarian gumbo are:

You could also try adding other vegetables such as carrots. For a more creative version of a vegetarian gumbo, you could also use tofu or tempeh instead of the meat.

What You Need For This Vegan Gumbo

As always, you can find the full ingredient list and detailed recipe instructions in a printable recipe box at the end of this post.

I decided to use portobello mushrooms because they got an amazing meaty texture! However, you could also use cremini mushrooms. 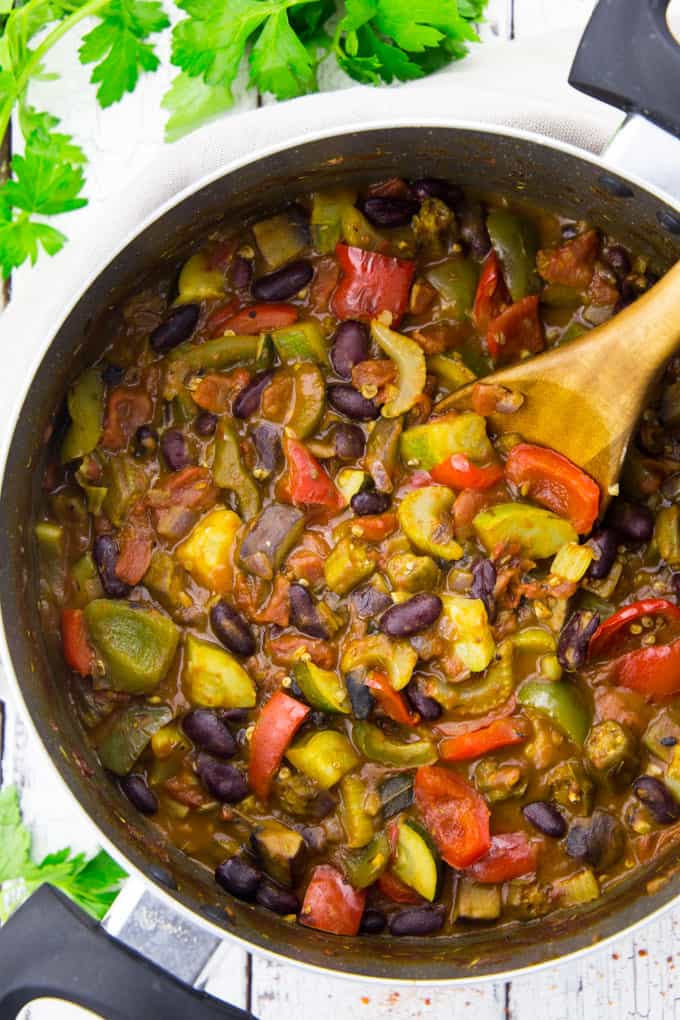 How to make vegan gumbo

The recipe for my vegan gumbo is definitely not a traditional gumbo recipe as the cooking process is much easier and quicker. But it’s still super delicious and also great for a weeknight dinner!

You just got a few simple steps to make this vegan gumbo:

This doesn’t sound too bad, does it? The only thing that is a bit more tricky might be the roux. But if you pay careful attention, it’s super easy! 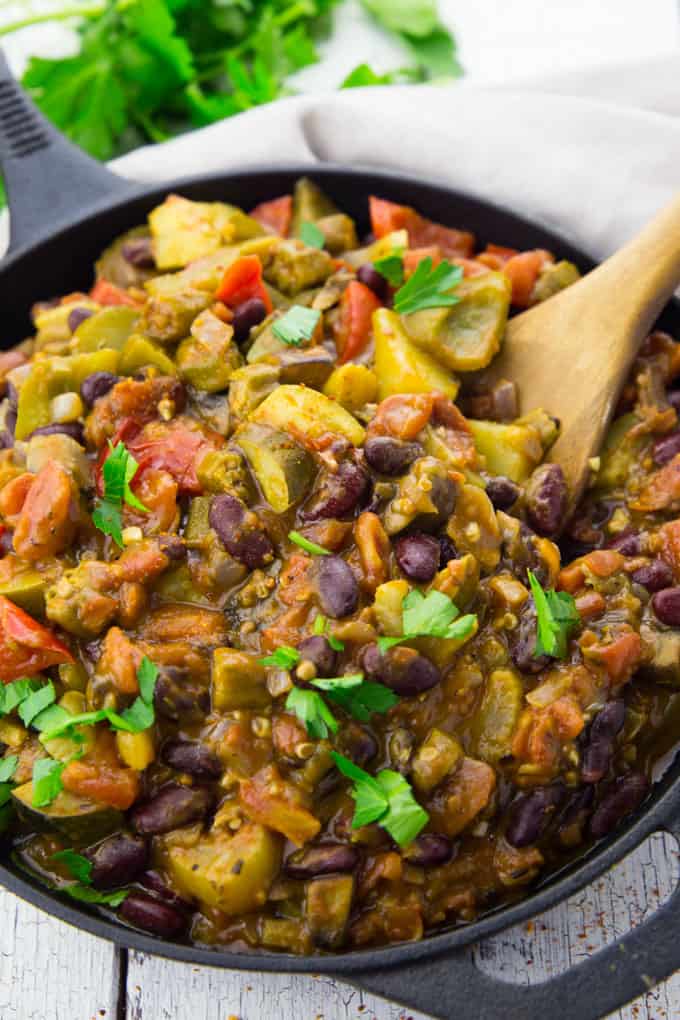 Roux is a French thickening agent that has been used for soups, stews, and sauces for more than 300 years. It’s made by cooking equal parts of flour and fat together. It does not only thicken a dish, it also makes it smooth and gives it a nutty flavor.

Usually butter is used for roux. However, you can also make roux with oil or other fats.

What can roux be used for?

There are different kinds of roux depending on the cooking time and the color:

Roux is an excellent thickener with ingredients you always have at hand. It gives the dish a great smooth flavor. And when done the right way, it often works better than using starches to thicken a sauce or soup. Don’t worry about the starchy taste of the flour. The cooking process will remove it.

It’s very important that you stir your roux constantly and thoroughly from the bottom. Keep in mind that the bottom will get darker a lot faster than the surface as it is closer to the heat. It can just take seconds for a roux to go from “dark” to “burnt”, so pay attention! If it’s burnt, you have to start from the beginning again.

It’s also important that you make your roux before making the sauce! It does not work when you try to add it later to thicken up the sauce like starches. 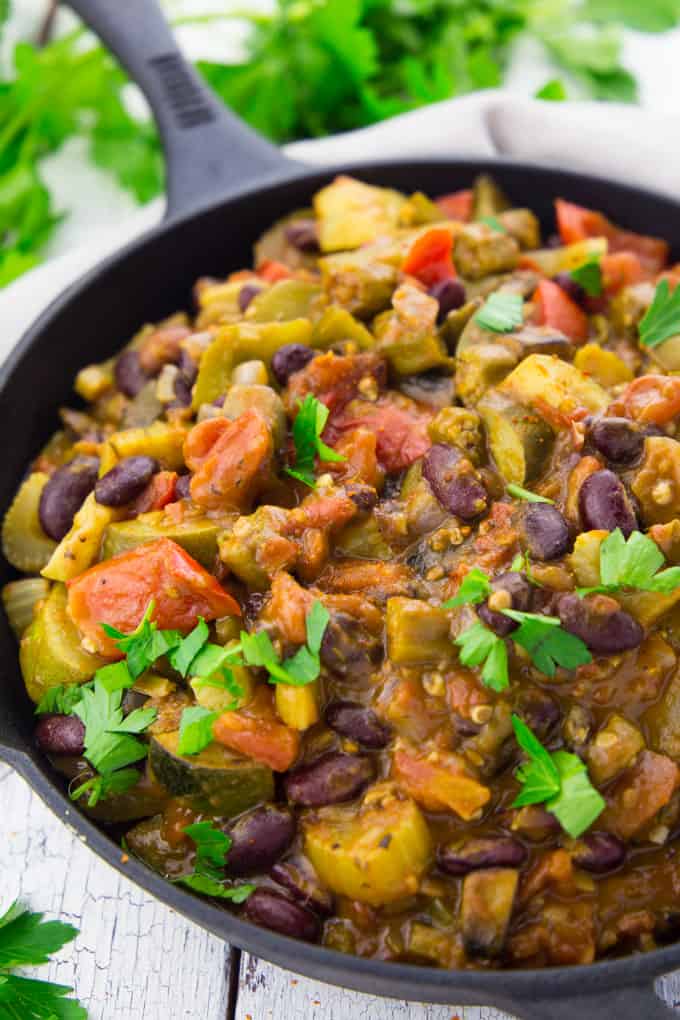 If you don’t have butter on hand or if you’re avoiding animal products like me, you can also make a roux without butter. No problem at all! It works really well with olive oil. Just make sure you use equal amounts of flour and oil like you would with butter.

Can gumbo be made without okra?

Yes, you can make gumbo without okra. But keep in mind that okra also works as a thickener. So if you’re not using okra in a gumbo recipe that calls for okra, you might have to add other kinds of thickeners such as filé powder. Filé powder is made from the leaves of the sassafras tree. It’s often used as a thickener in gumbo when okra is not available or not in season.

I hope you like this vegan gumbo as much as I do! Let me know if you give it a try! 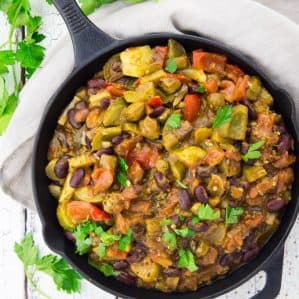 For the vegan gumbo: