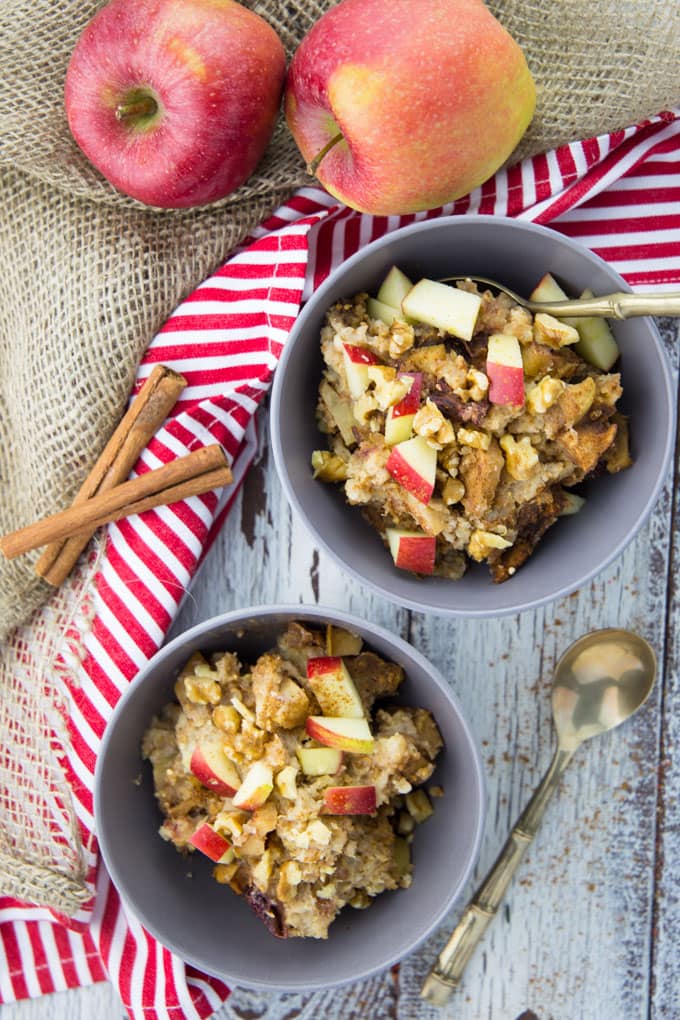 I finally got a slow cooker for Christmas! I wanted to get one for sooo long, but I already got so many kitchen appliances and I just don’t have enough space for them. So I was a bit skeptical about the slow cooker. Like would I really use it or would it get boring after a while? I finally decided to give it a try and I don’t regret that I did! It’s super easy to use and I already tried so many recipes that I really loved. I mostly use it for vegan chilies, stews, and breakfast dishes. My new favorite is this vegan crock pot oatmeal with apple, raisins, cinnamon, and walnuts. It tastes so much like apple pie! 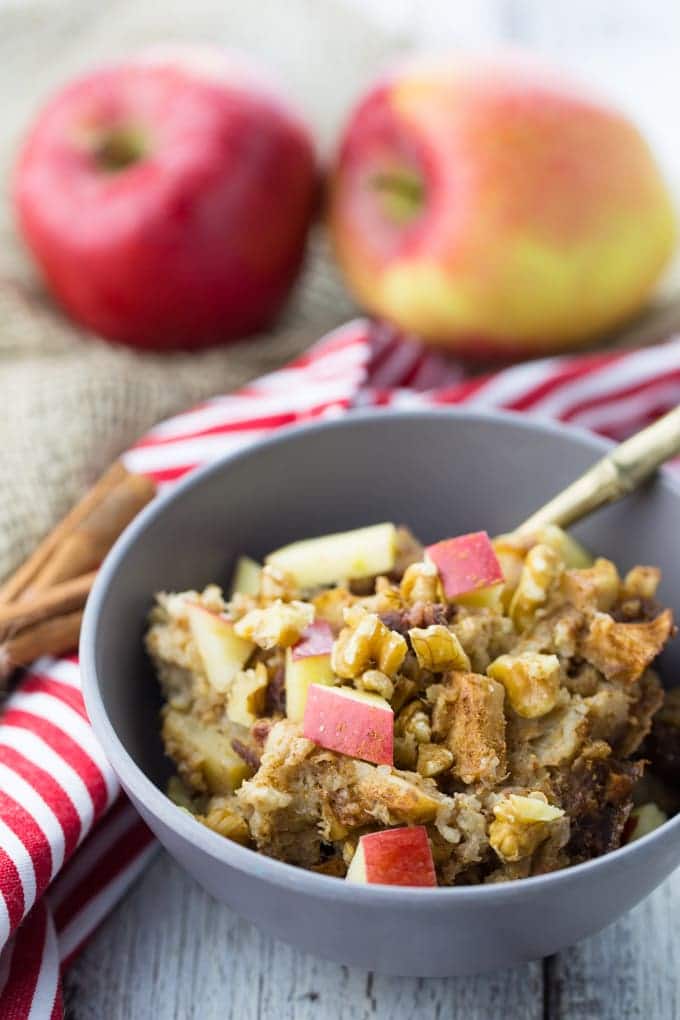 To make it even healthier I added some quinoa. Plus, this crock pot oatmeal is 100 % sugar-free. I only sweetened it with dates and raisins. But it’s still really sweet and it kinda tastes like dessert for breakfast.

I think there’s nothing better than waking up to such a delicious crock pot oatmeal. I mean how awesome is it than the crock pot does all the work for you while you’re in bed sleeping?! And I really love the texture the slow cooker oatmeal has after cooking for about 6-8 hours. It’s so much softer than stovetop oatmeal. And the taste of this quinoa oatmeal is also so much more intense! 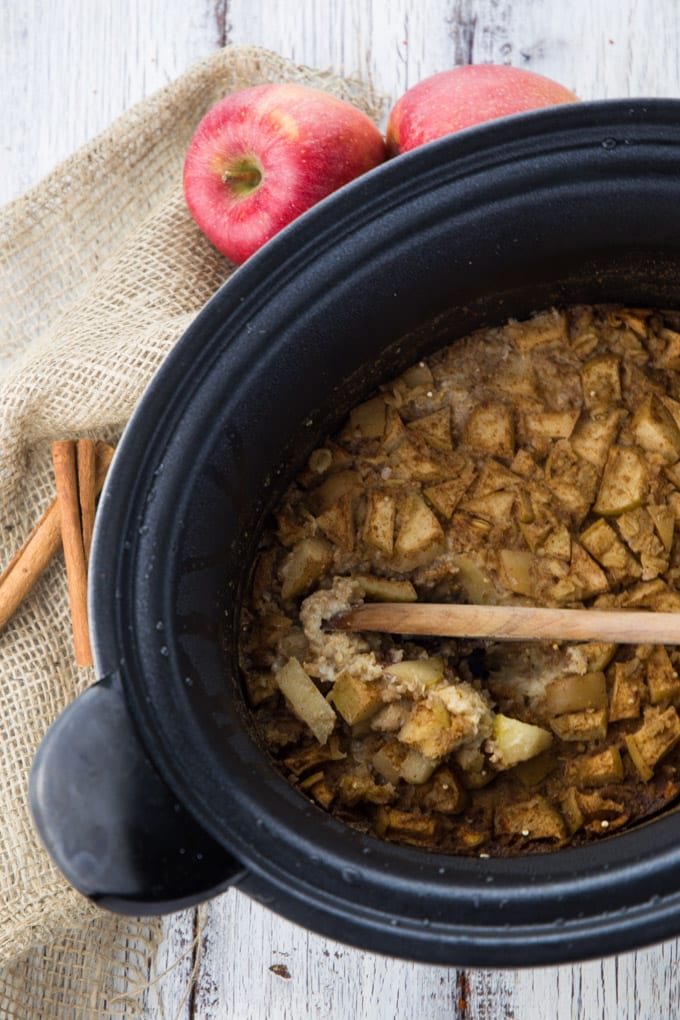 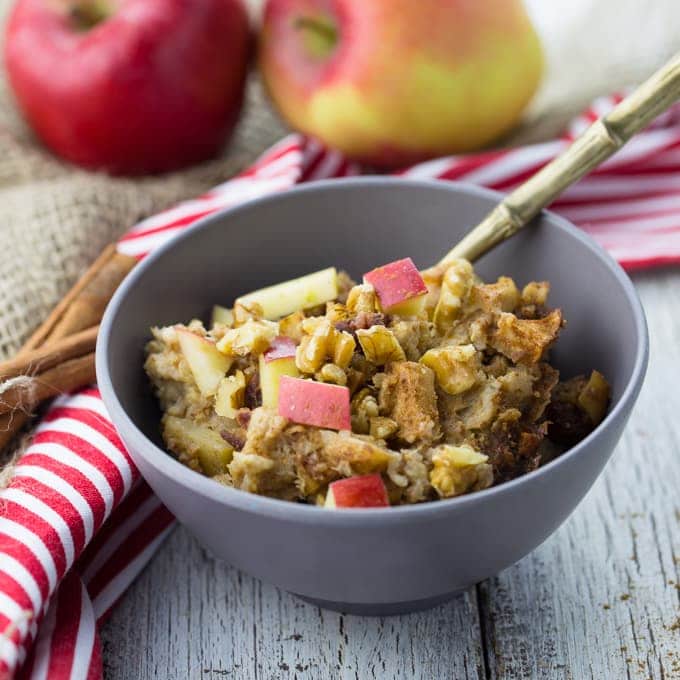 I hope you enjoy this crock pot oatmeal as much as I do! Have a great weekend, everyone! 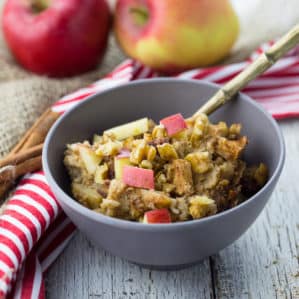 Tried this recipe?Mention @_veganheaven_ or tag #veganheaven!
Rate the recipe!If you like this recipe, please leave a good rating! This will help other readers.
Previous Post: « Creamy Vegan One Pot Pasta (Asian Style)
Next Post: Taco Pizza (Vegan & Super Easy) »