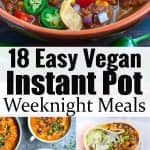 If you’re looking for vegan instant pot recipes, this is the perfect post for you! It includes 18 easy vegan dinner recipes that are ready in no time. Perfect for busy weeknights! 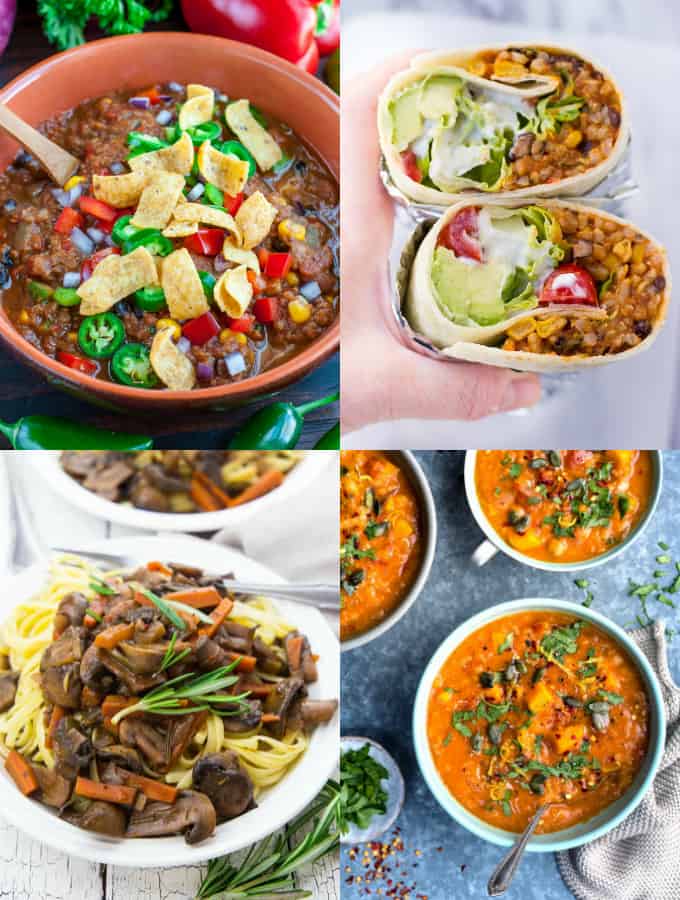 When I bought an Instant Pot last fall, I was completely lost at first. Everything I tried turned out waaaay too soft and mushy!

After a weekend of instant pot testing, my hubby actually started complaining that we only ate what he called “baby food”. And he was actually right! Poor guy. Haha!

It actually took me some time to figure out how to use my instant pot and get the timing right. But now I absolutely LOVE it!! I use it to cook beans and other legumes and it makes the most amazing porridge! Besides, it’s awesome for brown rice and quinoa. And you can even make whole meals in it!

For this week’s roundup I teamed up with some fellow food bloggers to provide you with an awesome list of vegan instant pot recipes. So many great vegan dinner ideas in just one place!

We’ve got several vegan chilis, stews, and soups for you. But also some easy pasta recipes and even Instant pot burritos! I’m sure there is something for every taste. I just wanna try all of these recipes at once!! 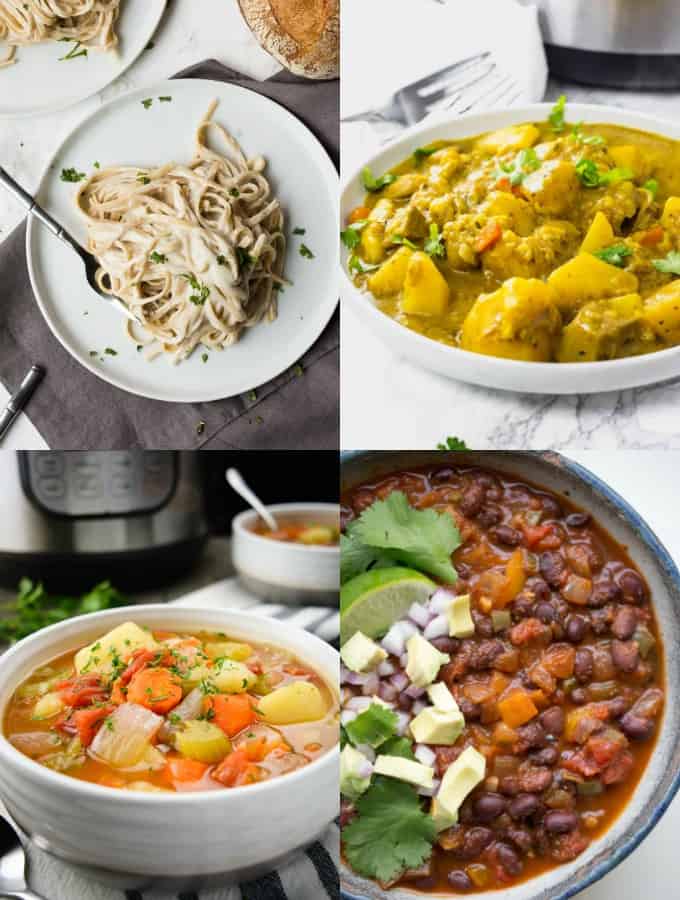 Like other pressure cookers, the Instant Pot works on a simple principle: steam pressure. It builds up high pressure, which allows us to cook food way faster than on the stove top.

The Instant Pot got several different programs for different foods and it’s super easy to use. Plus, it’s very safe.

Unlike regular pressure cooker, the Instant Pot is a real multi-cooker. You can also use it as a slow cooker, a rice cooker, a steamer, a sauté pan, and a warming pot. And you can even make yogurt in it!

Why Buy an Instant Pot? 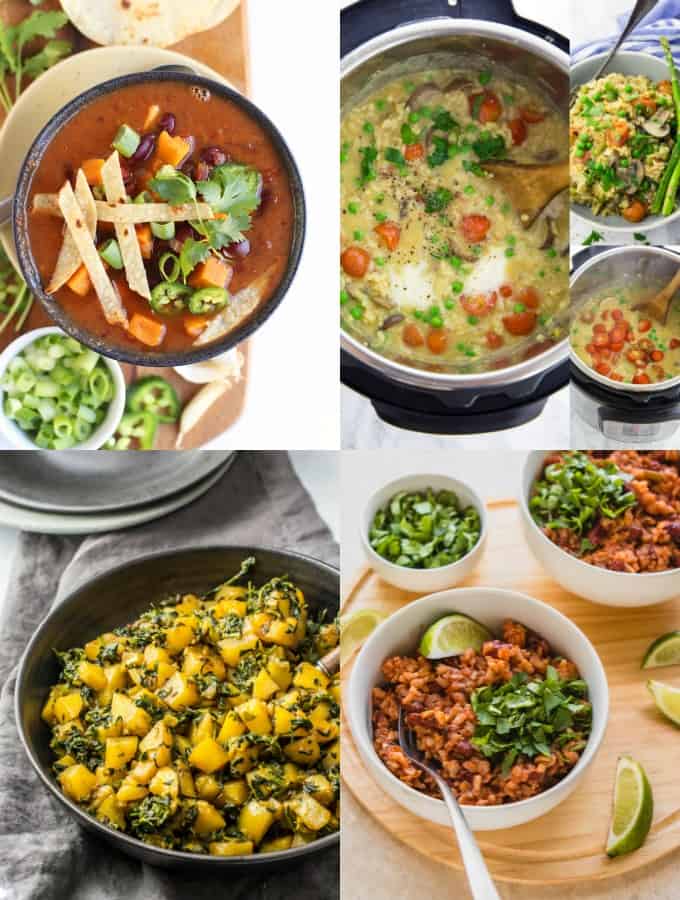 Which Instant Pot to Buy?

I have the Duo 6 Quart Instant Pot and I’m super happy with it. I think it’s the most common one.

It has 14 built-in programs:

It also has a 24-hour delay start, so you can program when your Instant Pot should start cooking. Besides, it has an automatic keep-warm function, which holds the temperature of the food until it’s ready to serve.

I must admit that I don’t use the programs very often. Usually I just use the manual setting, which works great. I’ll also try to make my own coconut yogurt with the Instant Pot in the next few days. I’ve been meaning to try this for like ever! There are just too many delicious vegan instant pot recipes to try!

So let’s get started with this roundup! 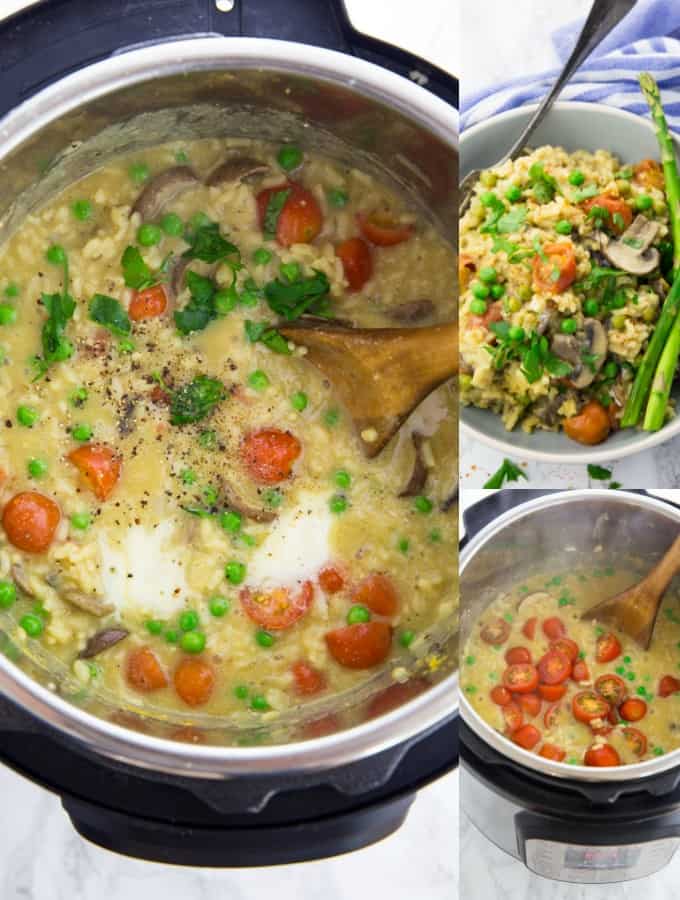 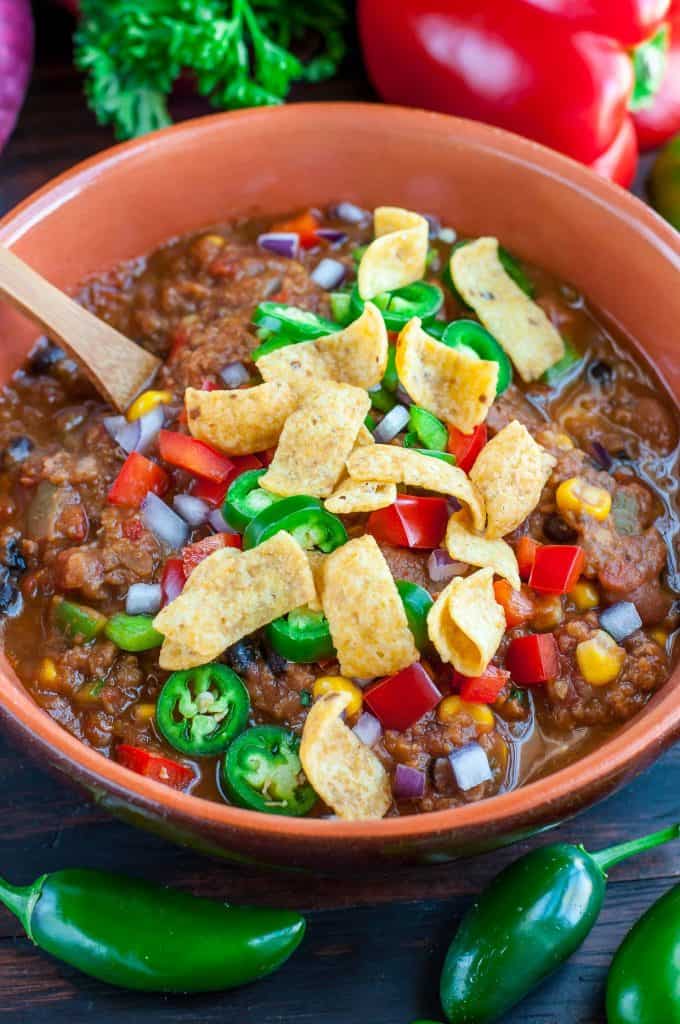 Vegan Lentil Chili by Jenn from Peas and Crayons 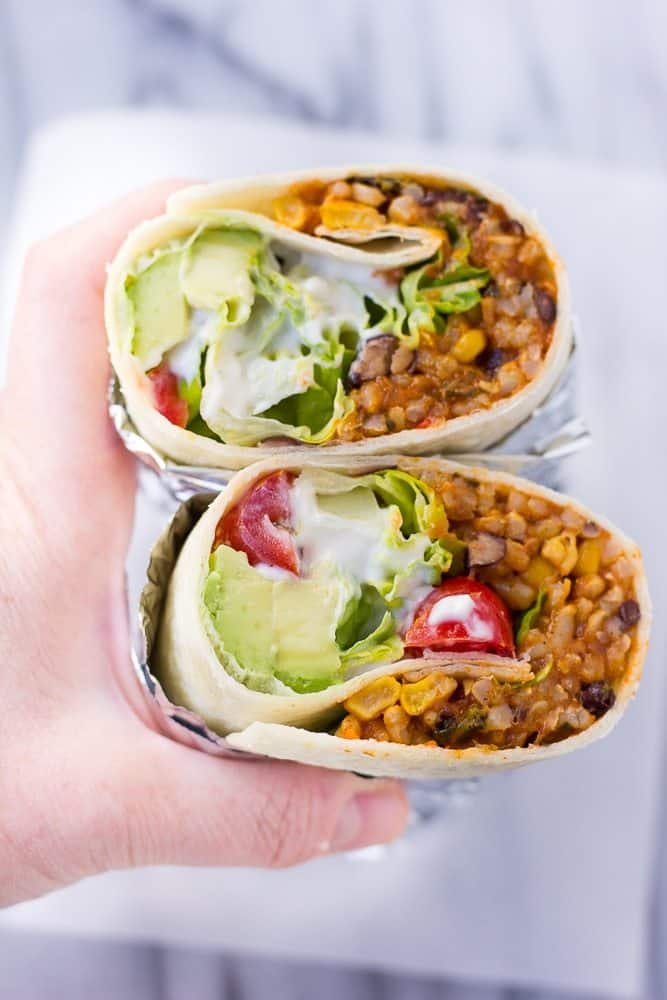 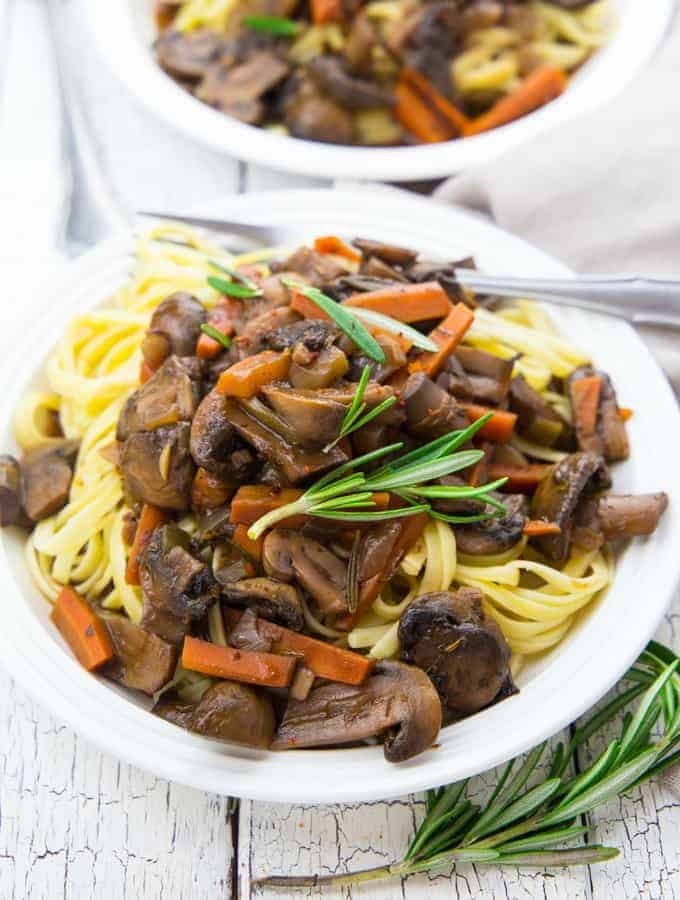 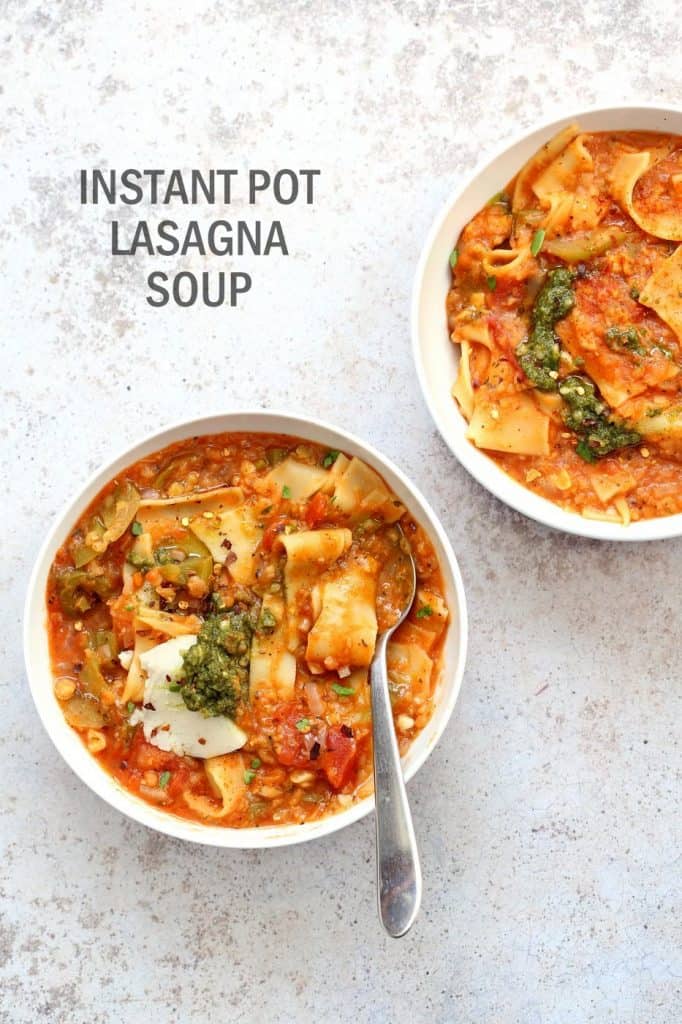 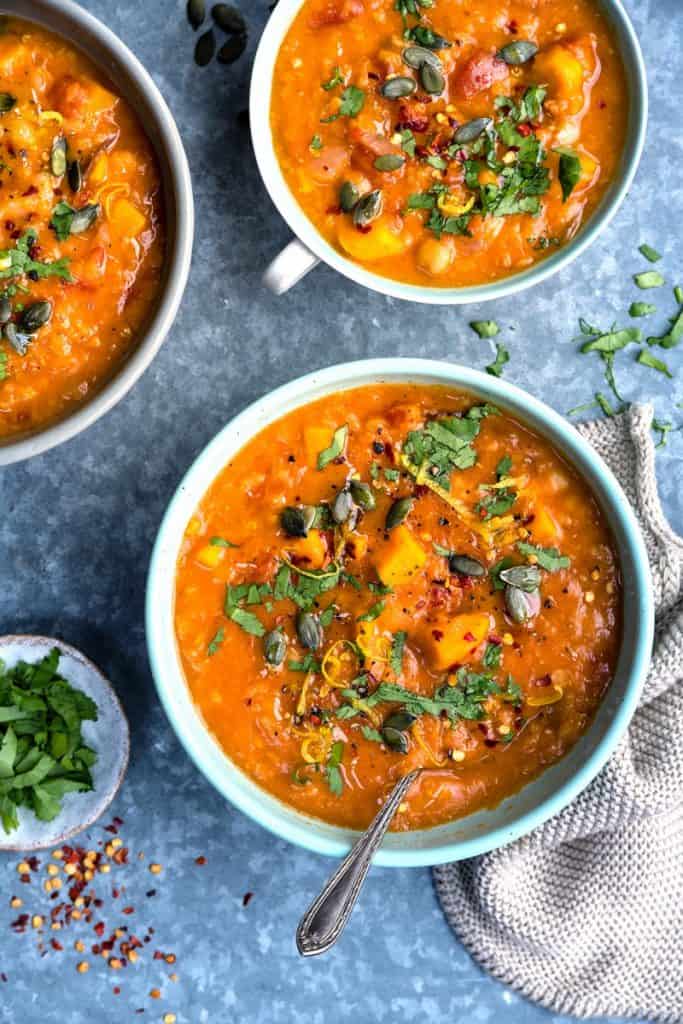 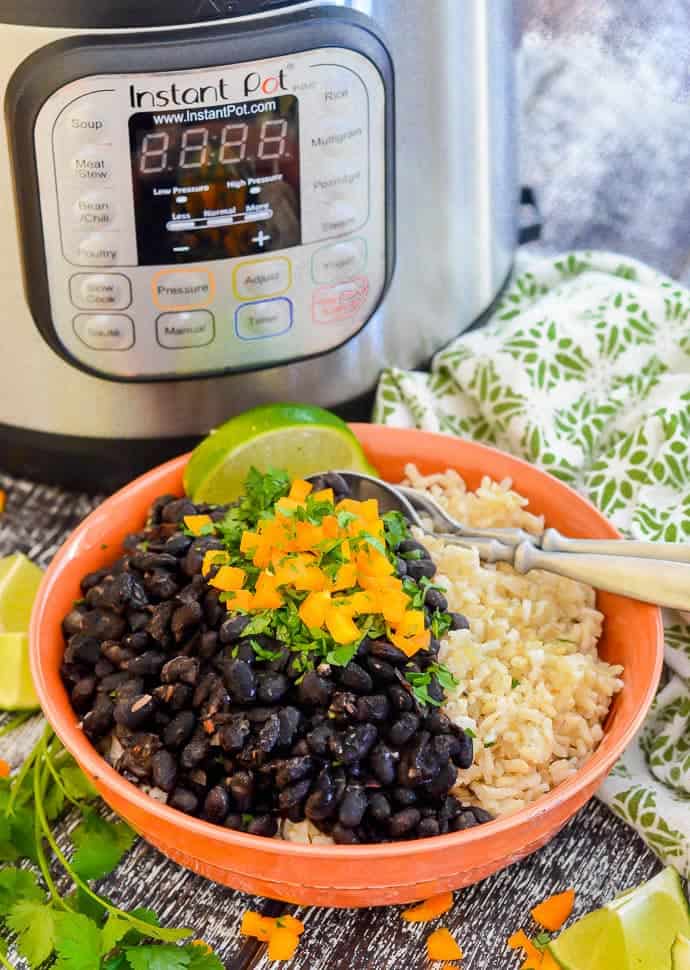 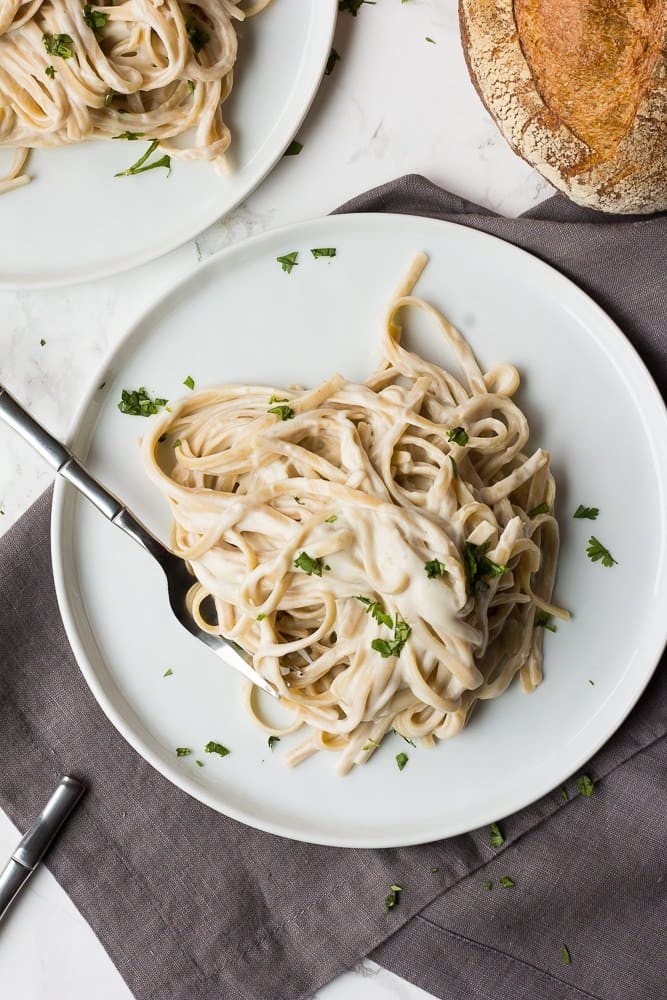 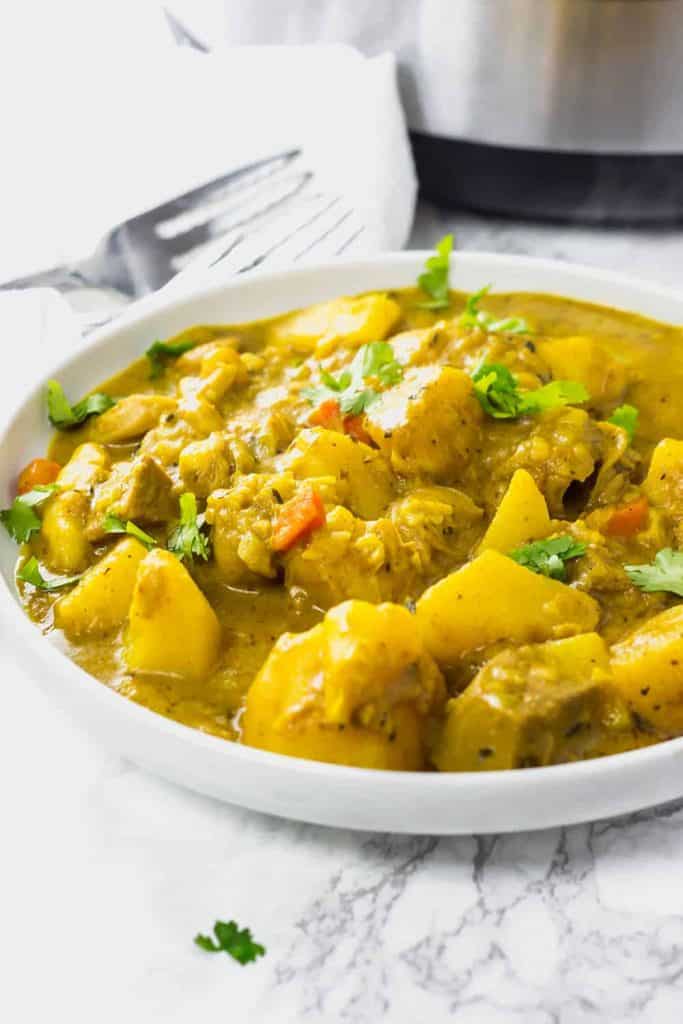 Vegan Jackfruit with Potato Curry by Michelle from Healthier Steps 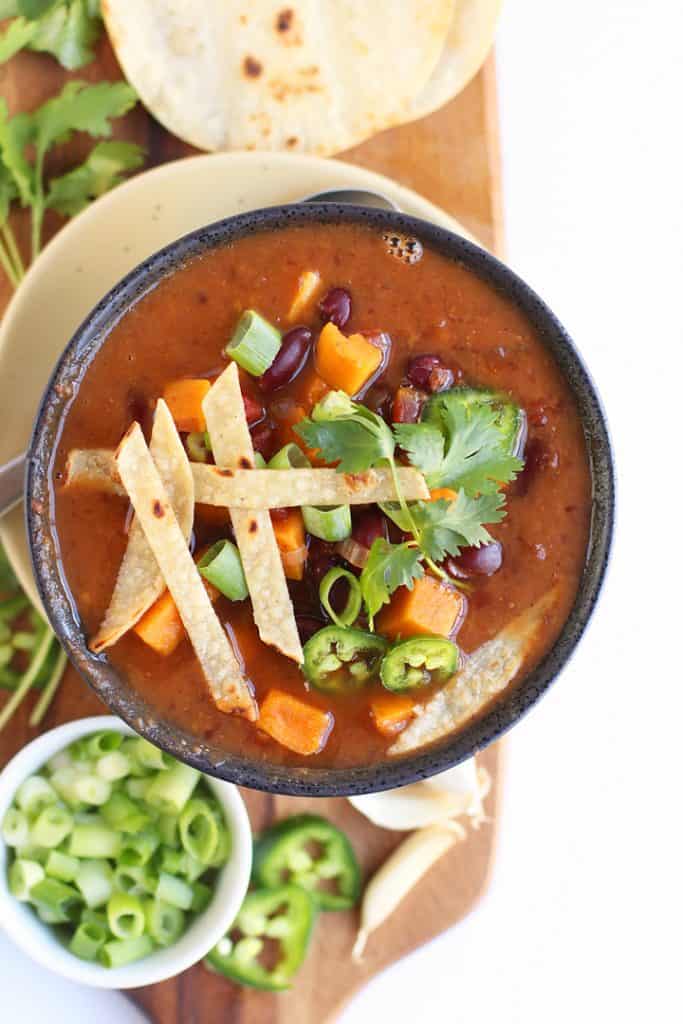 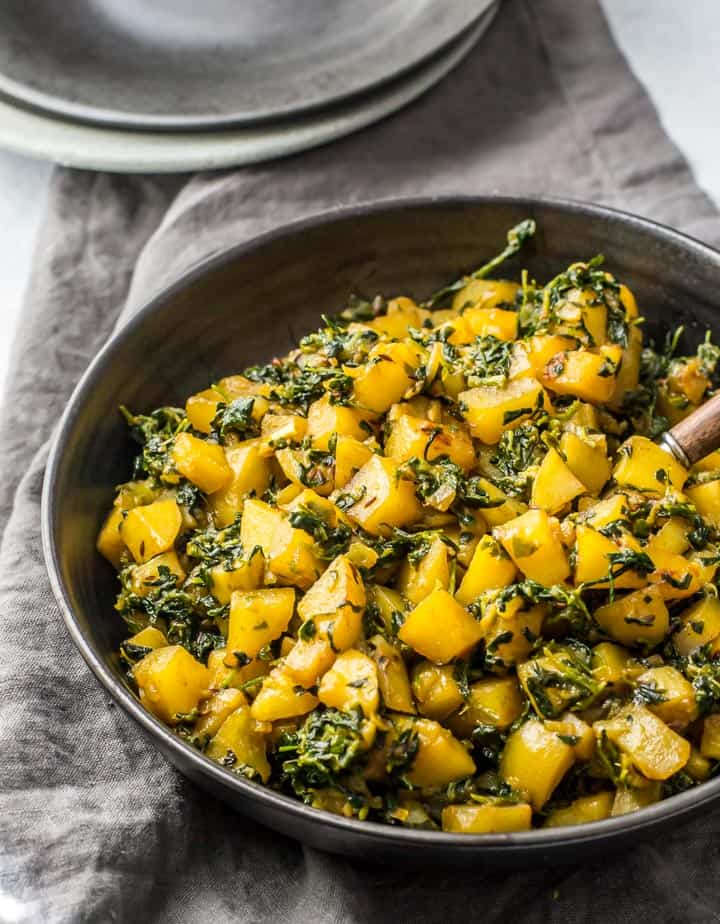 Aloo Methi by Anu from Simmer to Slimmer 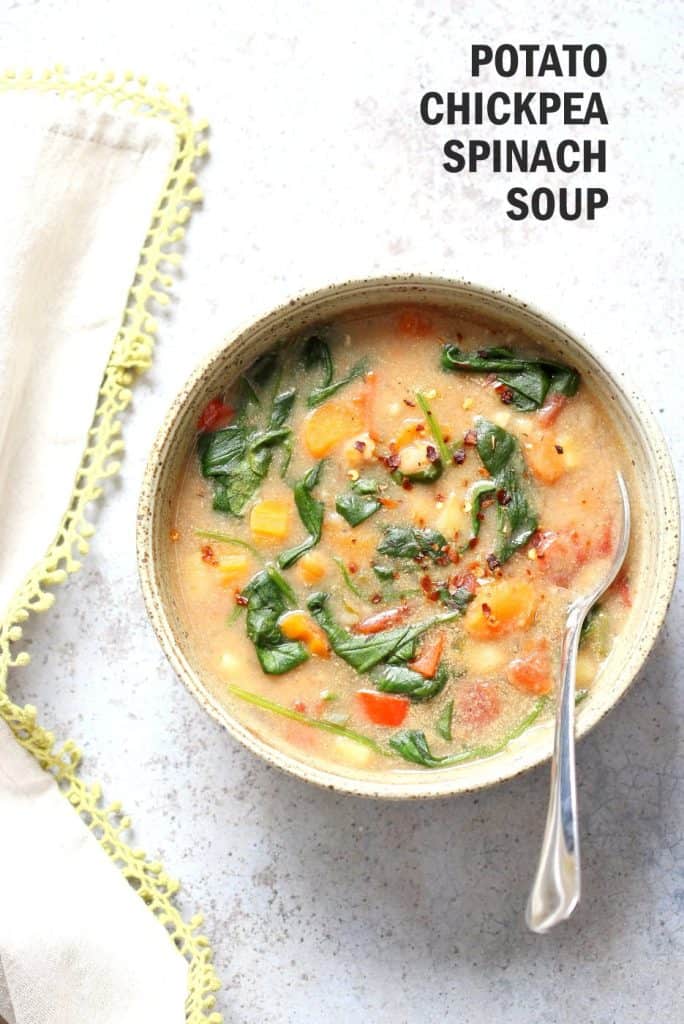 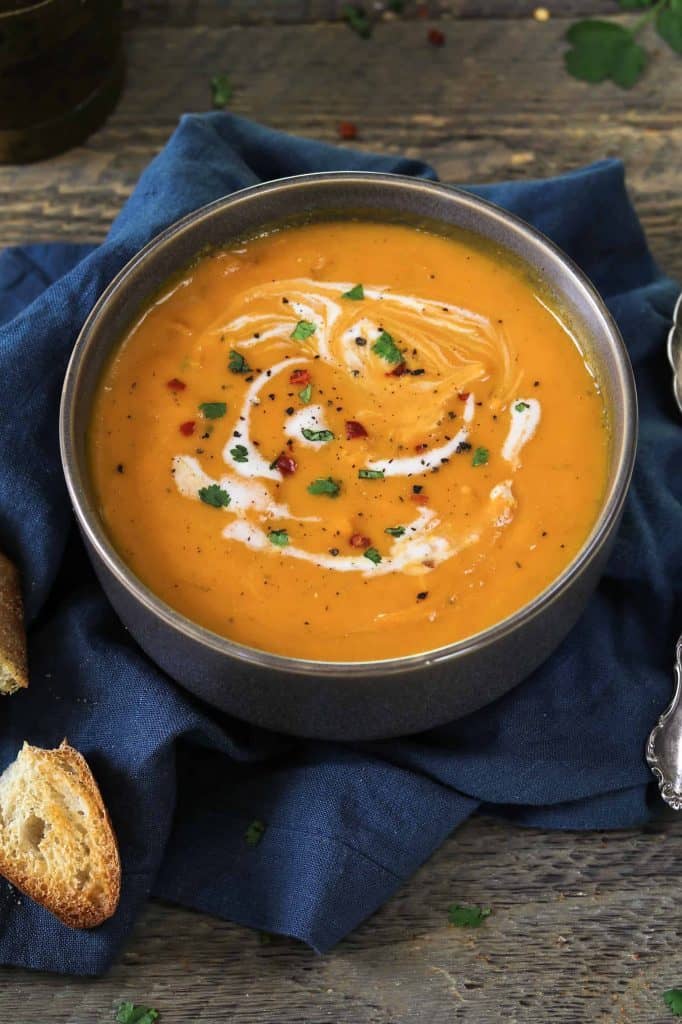 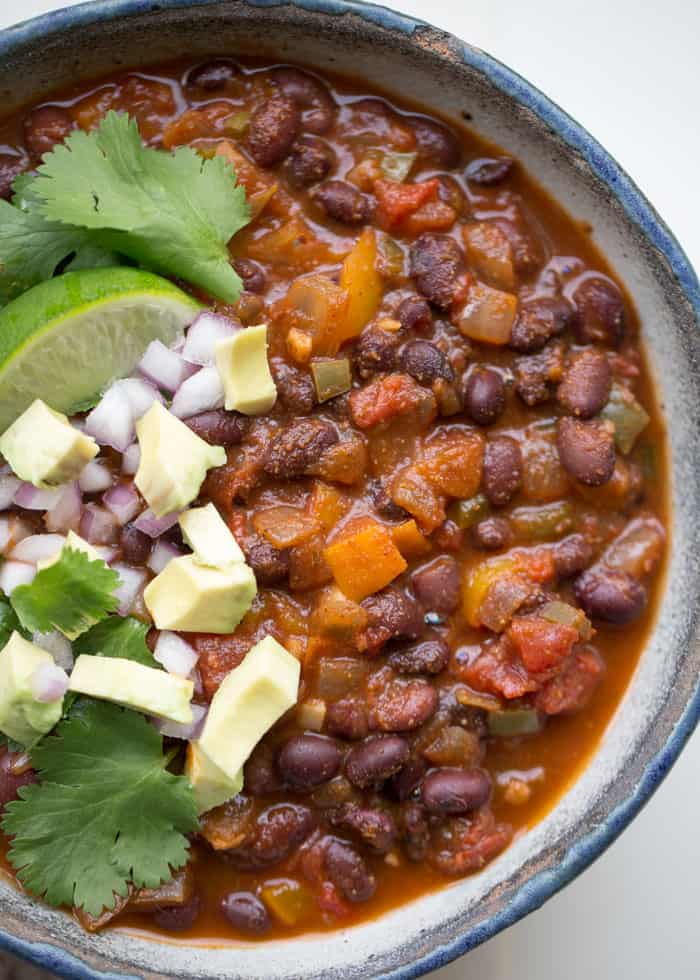 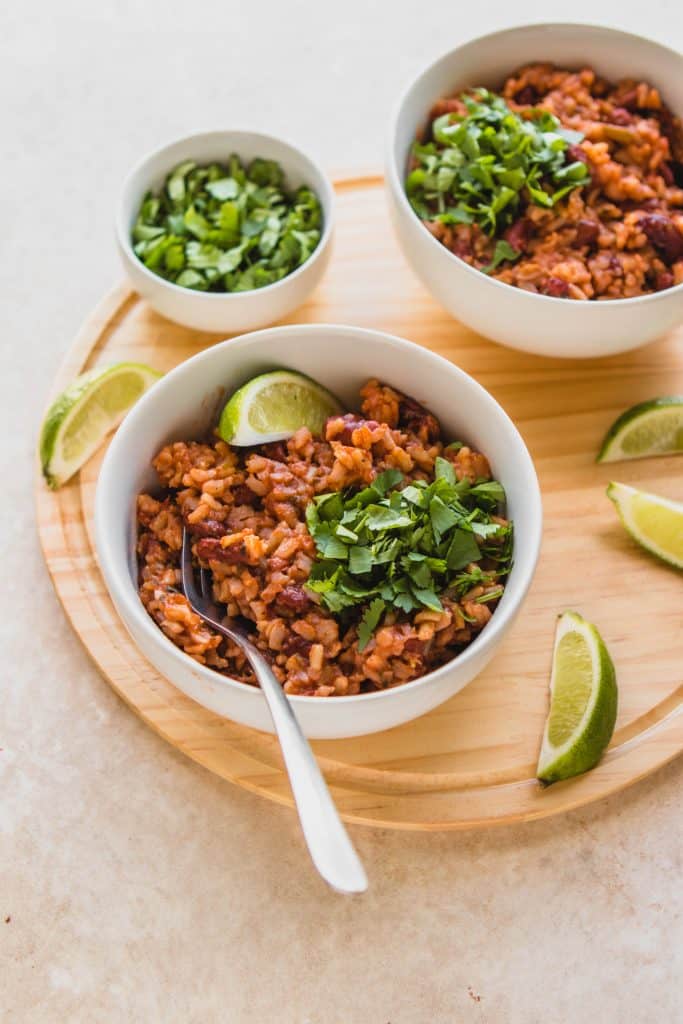 Rice and Beans by Caitlin from From My Bowl 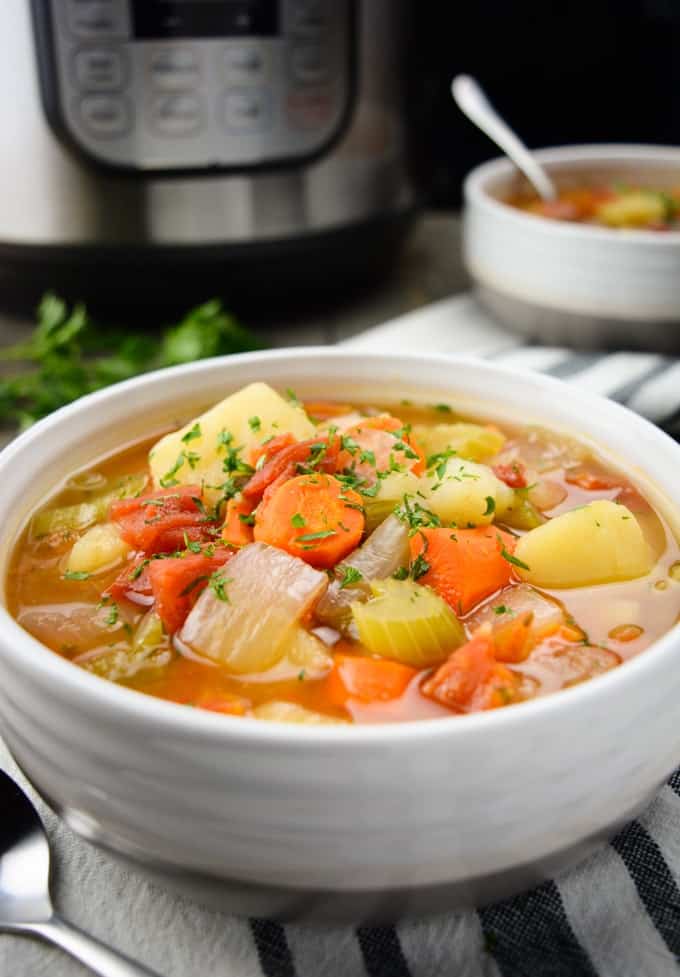 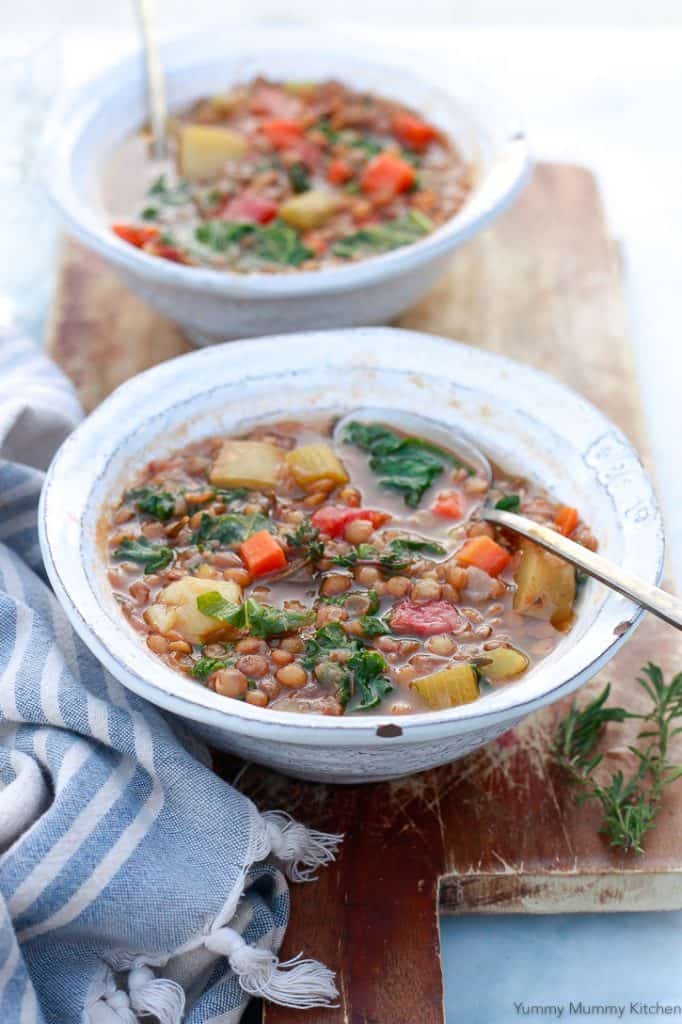 I Love To Hear From You!

I hope you enjoy these vegan Instant Pot recipes as much as I do! Don’t forget to pin or share this post so you have these vegan fast food options ready when you need them!