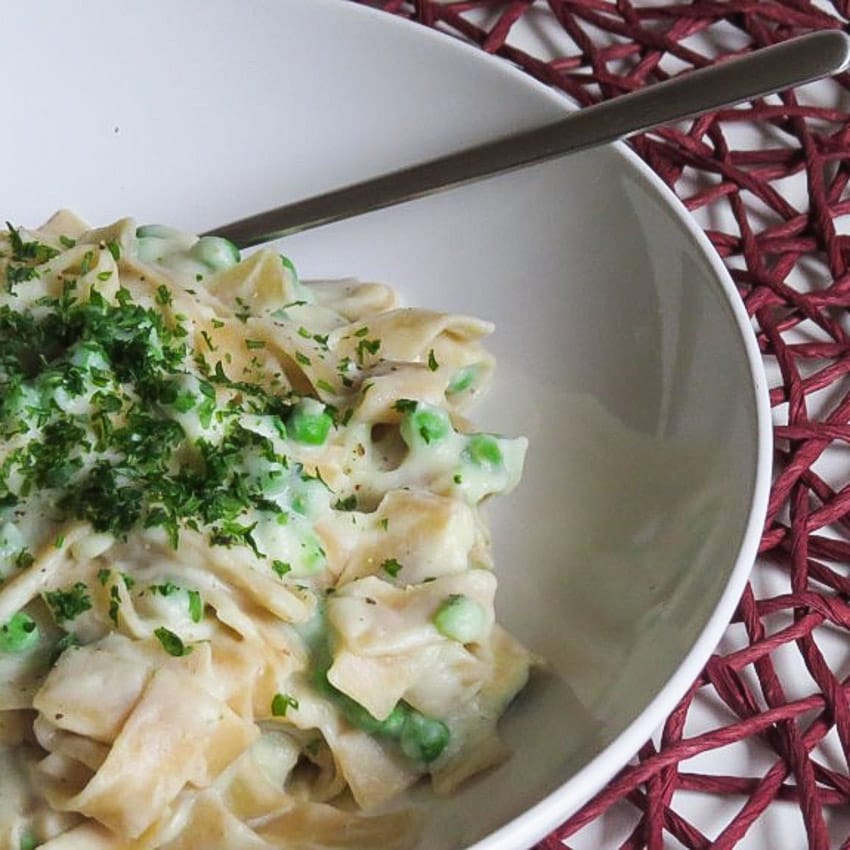 I first tried Alfredo sauce when I took part in a student exchange with British Columbia, Canada in 2006. I stayed in a city not far from Vancouver and I’ve been back several times since then. Not only did I get along very well with my host family, who eventually became my second family, but I also fell in love with Canada and its beautiful nature! Some time ago, I found a vegan version of this creamy cheese sauce, which is traditionally made with lots of butter, cream, and parmesan cheese, on Angela Liddon’s food blog Oh She Glows. Angela’s idea to use cauliflower as a base for the vegan Alfredo sauce is just awesome! The sauce is just as creamy and contains only very few calories! I changed Angela’s recipe a bit and added some white wine, parsley and peas and I was very pleased with the result. :-) 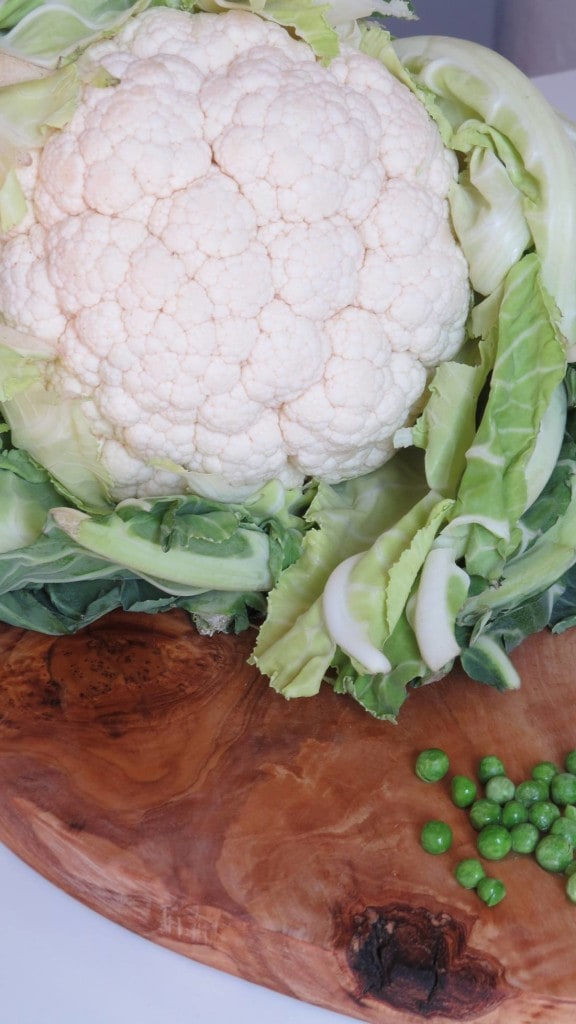 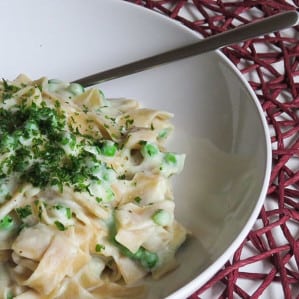 Tried this recipe?Mention @_veganheaven_ or tag #veganheaven!
Rate the recipe!If you like this recipe, please leave a good rating! This will help other readers.
Previous Post: « Quinoa with Lentils and Kale in an Orange-Tahini Sauce
Next Post: Vegan Unripe Spelt Lasagna with Cashew-Spinach Ricotta »